Square Enix and Eidos-Montreal recently gave a release date for Deus Ex: Mankind Divided– February 23, 2016. This will be for Windows PC, Xbox One and Playstation 4. 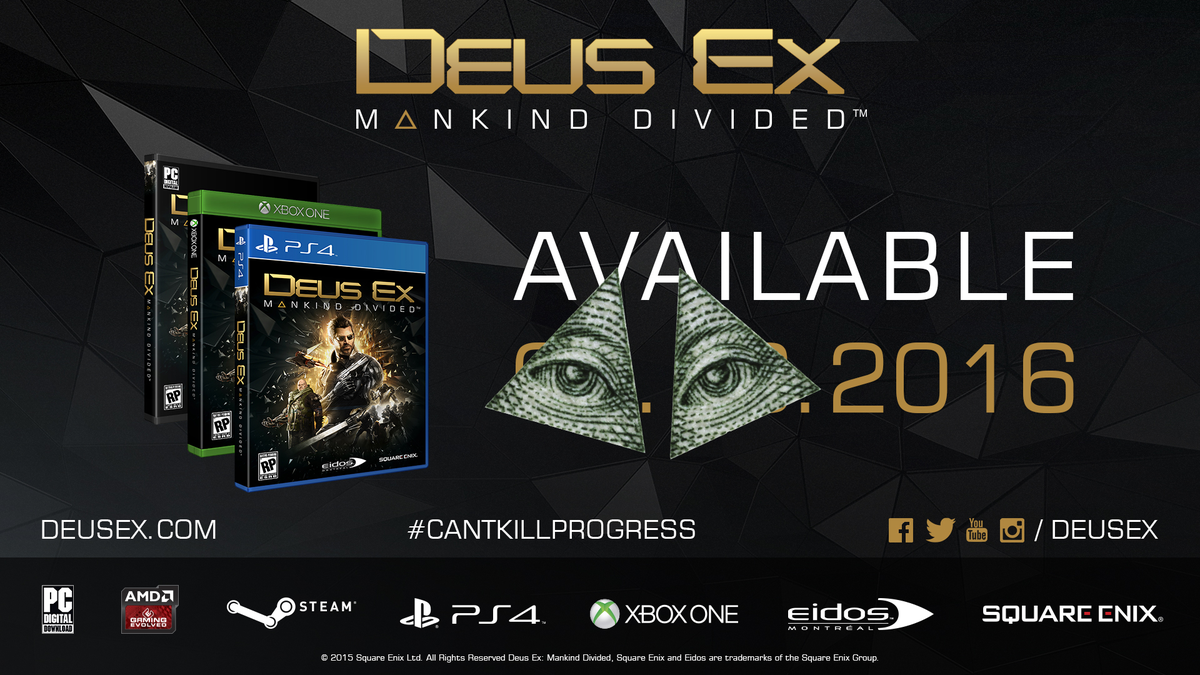 Square Enix has also announced ”Augment Your Pre-Order”, a channel wide pre-order campaign. The more copies of the game are reserved, the more pre-order bonuses will be unlocked. For instance, the game will apparently be released four days earlier if enough they get enough pre-orders in. Helpfully, the Deus Ex YouTube channel has uploaded this video explaining how their whole pre-order scheme works; if that’s really of interest to you:

You see, what they’re trying to do here is link pre-orders to ideas about  augmentation and trans-humanism.

One Hour Tour: Until Dawn