The Banner Saga 2 will be releasing later than expected. Probably.

Originally, The Banner Saga 2 was slated for a 2015 release but, according to Eurogamer, it seems that it will instead be releasing in the first quarter of 2016.

Additionally, there have been rumours that the PS4 and Vita ports of the original game will not be releasing any time this year also.

On the official Facebook page for the game the news has been addressed by Stoic. They have attributed the delays to the console ports to ‘mainly game development fun’. They say that they are working hard to develop a control system that works well for consoles and make it ‘perform as a console game, more than just a port’. 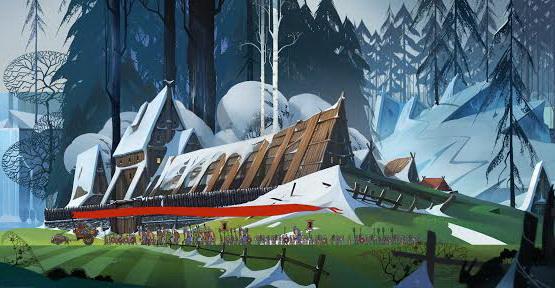 Whilst they have yet to announce a release date they have said that the Banner Saga 2’s development is coming along well.

Here’s the statement in full:

Seeing a lot of news about ‪#‎BannerSaga2‬ and console ports today – just wanted to share this with all of you.

The console ports of the Banner Saga are in full effect. We are currently wrapping up development for the first game now (in with 1st party submission). The delays in the console is mainly game development fun, but we have also spent time working on console specific controls to make it perform as a console game, more than just a port.

Banner Saga 2’s development is progressing nicely. Customers who have attended Gamescom and PAX have seen its progress. We will update everyone on its launch date when the timing is right.

The board game is being developed by MegaCon Games and in no way has affected our development on porting Banner Saga to consoles nor has it caused any delays to Banner Saga 2.

I think it’s safe to say The Banner Saga 2 has been delayed. A slated release time proved overly optimistic. So, it must be a day ending in ‘y’.

Still, if the sequel’s as good as the first game, I think I, personally, can stand to wait a few more months.