The rather delayed Mighty No. Nine, which started life as a Kickstarter campaign from Mega Man devs, has a gameplay trailer out.

If you’ve ever wondered what it would be like if video games were marketed like kids shows, wonder no more:

In the trailer, they show off the various challenge modes- including boss rush mode, challenge mode (traditional 2D side-scrolling, platforming fare) and the ”one-hit death maniac” mode (which is fairly self-explanatory). Online multiplayer is also shown.

In related news, Keiji Inafune- who has been working on Mighty No. Nine and who illustrated the original Mega Man- has confirmed that he will be at PlayStation Experience, which will run from December 5- 6 in San Franscisco.  So, more news on the game and previews of it may be forthcoming. 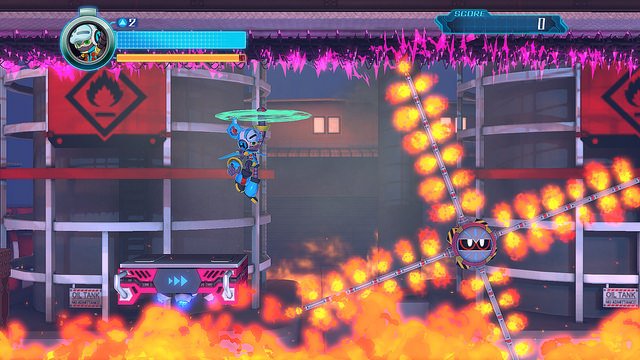 New Gravel DLC – “King of Buggies,” is out now