The story kicks off with a previous heist by Michael (De Santa) and Trevor (Philips) gone wrong; where Michael is left for dead while Trevor runs for his life. Fast forward to 9 years later, where we find Michael living large in Los Santos in his huge mansion along with his wife and two lovely children.

In the meantime, we meet Franklin who works as a repo man for a crooked car salesman. Through a repo job, Franklin meets up Michael and the retiree kindly mentors him with friendly advice. In a revenge scenario, where Michael hunts down the Tennis Coach that was “helping” his wife with her backswing, our protagonists come across a dangerous man named Martin Madrazo who can make anyone “disappear”.

In order to pay back Martin Madrazo for destroying his girlfriend’s beach mansion, De Santa needs to come out of retirement in order to pull heists and pay back Madrazo. In order to successfully pull these heists, De Santa enlists Franklin and hooks up with a former partner in crime itching to know the truth about De Santa’s “death”.

The game boasts a massive amount of missions which most of them are truly fun and enjoyable. Obviously, with a game this big, players will come across a few boring missions here and there. Without spoiling anything story-wise, while playing as Trevor, players are tasked to literally work on a Pier by moving cargo while scouting the location’s best way to set up one of the game’s score; doesn’t make for a fun mission, but it is necessary in order to set-up a big hit. Which bring us to another interesting addition: Heists. The heists are missions where the score will be bigger and requires all 3 characters along with some friends.

Heists are really fun and also give players some choice in order to approach them. First, you need to decide which approach you’ll take; each heists will give you a more intense approach and stealth-like approach. Except for the game’s protagonists, who are always included in heists, players can also choose back ups. Whether it be technical support to disable cameras, a driver or additional firepower, you select who you want to help you. Be warned however, as each additional NPC will take a cut of your take. Leading to Heists, are short required missions to accomplish in order to be ready for the score, which somewhat adds a realism feel to the game. The only issue is when players are tasked of getting a getaway car and stow it somewhere safe so it’s ready to go; forcing gamers to to drive around in hopes of finding an appropriate spot.

When not undertaking story missions, players, as one of the three protagonists, have a plethora of things to do. Gamers can enjoy activities such as tennis, golf, underwater exploration, yoga, car races, seadoo races, cycling, watch TV, go to strip clubs, triathlon events and hunting. And when driving around Los Santos, you will come across Random Events represented by a green dot or flashing red green dot on the mini map; where you’ll have the opportunity to help NPCs. For example, if you see someone robbing a store, you can either take down the criminals or help them. You’ll also find question marks which represents Freaks and Strangers missions. Each characters has their own Freaks missions and most of the NPC you’ll help will become a new contact in your phone.

Grand Theft Auto V is vast improvement over GTA IV in every aspect of the game but the biggest change was in the driving. No more floating vehicles; cars have a more realistic feel. You’ll actually feel like you have control over your vehicle and easier driving controls make escaping the 5-0 a bit more easier. Unfortunately, the chopper and plane controls are still a pain in the ass and will cause a lot of frustration when crashing over and over; which will somewhat encourage players to take the in-game driving classes in order to improve your stats. Sure, they were looking to add realism flying mechanics (as I assume operating a plane or chopper is pretty difficult), but adding a simplified control scheme could’ve helped.

Characters also have improvable characteristics. The more players uses a specific skill, the better it gets. So for example, running and cycling will increase their stamina thus allowing you to perform running or cycling for a longer period of time. Each of our 3 heroes also have a special skills, which too can be improved over time. Michael enters a bullet-time like effect which allows him to slow down time and get the upper hand in shootouts. Franklin can enter a bullet time like effect as well, but for driving which makes escaping the cops and driving fast quite fun and a bit easier. Trevor has the ability to become basically invincible during certains firefights or hand to hand combat sequences. Quite useful during crazy shootout missions.

While the game was hands down one of the best visual experience on last-gen consoles, Grand Theft Auto V still manages to be one of the best looking games thus far for current-gen and next year’s PC version. The fact that Rockstar Games managed to improve something that was already amazing looking (on PS3 and Xbox 360) is an impressive feat in itself. Although there’s one small difference between the PS4 and Xbox One. The foliage looks better and denser on version on Sony’s now-current gen console:

The radio stations offer a wide variety of music and fun talk radio shows. You’re bound to find something you’ll enjoy listening to non-stop on your wild driving adventures. Whether it be the return of Lazlow, whom is still funny as hell or one of the game’s surprise, J.B. Smoove is hilarious in his Chakra Talk radio show. However, the score used to set up heists or playing during the said heists or missions is sort of boring. Barely audible, unless gamers have a surround sound set-up, it only serves as ambiance music. Rockstar Games also made changes to the game’s audio by adding a whooping 160 tracks.

Grand Theft Auto Online enjoyable story is obviously told through (mainly) our three protagonist anti-heroes. All of which are flawlessly executed by most of the voice actors involved. The most impressive of the bunch is clearly Steven Ogg who voices everyone’s favorite psychopath: Trevor Philips. Unfortunately, as much as most of the cast does a great interpretation of their characters, Michal Sinnott’s performance as Tracey (Michael’s daughter) sounds phoned in and also pretty annoying; which is a spot on an otherwise great ensemble of voiceover actors.

An “HD port” usually comes with a handful of new features and Grand Theft Auto V is no different. Rockstar Games delivers an even more complete experience on PC/PS4/Xbox One:

As much as Grand Theft Auto V was one of the best gaming experience in 2013, it’s also one of 2014’s. Rockstar Games managed to take their PS3/Xbox 360 masterpiece and made it even better for PS4, Xbox One and PC (January 2015). Rockstar has perfected a living, breathing world host of 3 great characters, great character development; and the new First Person view perspective gives a whole new sense of immersion and also makes it feel like a brand new game. No matter if you’ve played it on the last generation of console and you’ve upgraded, its worth going back to Los Santos; thanks to the first person view and also the fact that GTAO is functional out of the box. As far new current-gen gamers, Grand Theft Auto V is a must play experience; it will go down as one of the best games of two console generations.

Grand Theft Auto V is rated M for Mature due to strong language, drugs use, elements of sexual nature, blood and strong violence.

Return to Sapienza for the Latest Hitman Elusive Target 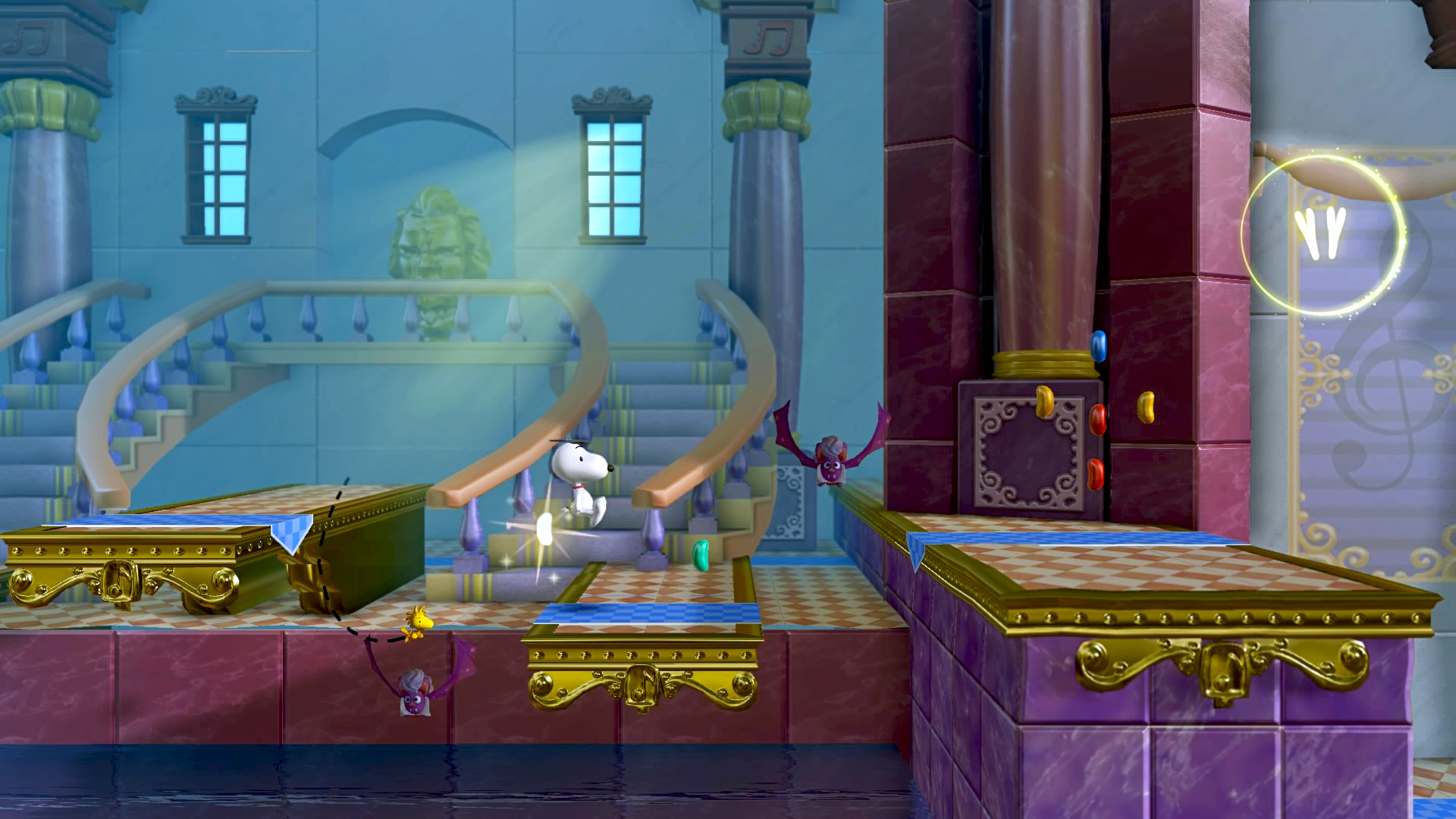 Game Based OnPeanuts The Movie Announced