There are plenty visual novels and dating sims out there where you assume the role of a character in their quest for love. When the tables are turned and you’re being asked to match potential couples up, the list shrinks quite considerably.

Enter Kitty Powers, the dating extraordinaire who is looking to set up shop with a new recruit (your good self) in a digital town near you with a dating agency to match up those looking for love.

That is the quick pitch on what Kitty Powers’ Matchmaker entails. Developed by Magic Notion in partnership with Mastertronic Games, the originally smartphone-bound game is now making its way to PC and Mac via Steam (with more steam coming if your dating instincts are correct!). Amongst various improvements, the Steam release features some nifty voiceovers from Kitty Powers herself, guiding you along the way to ensuring your agency’s success.

Ahead of the game’s release this April, I was lucky enough to be selected as one of Kitty’s temporary interns, sampling the delights and testing the waters before it is unleashed into the wider world.

In Kitty Powers’ Matchmaker, you create an avatar that becomes your persona in the game. You’re then provided with clients who are looking for a date and attempt to match them up with someone you think would be a great fit.

As many people will know already, the world of dating can be quite the minefield, and the various parameters can (and often do) provide various implications on how the date will progress! From interests to hair colour and even star sign, all of these (and more) have the potential to make an impact on whether or not the date will be a huge success or a downright failure.

I say potential, because probability can also take account. After all, you may ask your client to tell a wee bit of a lie to try and close out the date successfully!

This is but one out of a myriad of mini-games that make up the dating process. From remembering the date’s food preferences to complimenting the chef, there is plenty of variation within each of the potential restaurants thanks to an element of procedural generation. I’ll get into the nitty gritty of these mini-games when the full review goes up, but it looks really good so far.

One of the most interesting things in the game comes to something that I won’t fully appreciate until the game itself is fully unleashed. The developer of the game, Rich, informed me that the avatar I created can be sent up to the Cloud and included into other people’s games for potential dates. Over time, the choices made and the interests matched can build up a profile of what my ideal date would be. It has the potential to be quite an interesting feature when the game goes fully live. Perhaps it might have some uses in my own dating endeavours!

Crucially, in the world of dating it is never as simple as matching boys to girls and vice versa. Rich was keen to point out that the game fully supports matches of the same sex and even supports avatars that are bisexual. It’s rather simply done, as each potential client will tell you whether or not they like girls, boys or both!

In discussing the LGB spectrum at the preview event, I noted that there was one letter missing in the common abbreviation. When asked about including transgender people into the game, Rich welcomed the prospect yet noted that the game is set in such a way that even if it was included, it didn’t make a difference to the game itself. Indeed, regardless of whether a man or a woman identifies themselves as a woman or a man, what we see of the person is the man or the woman that they identify themselves to be, not what they may have been previously. In game, we see who they are and will even tell us if they are a man or a woman. Makes a lot of sense when you sit down with the game, and in my opinion is fantastic that same-sex dating is wide-open in the first place with zero limitations(apart from your clients’ preferences of course!).

Will the lie work? Spin the Wheel of Misfortune!

I may have scratched the surface with what’s involved in Kitty Powers’ Matchmaker, but early impressions for a game that’s a good bit different from the norm are really good. Personally, I love games that go against conventions and do things a bit differently, with me being a fan of games like Catherine for example. With that in mind, I’m looking forward to seeing the agency rise to the dizzy heights of fame under my care!

Stay tuned here at GGS for the full review soon. 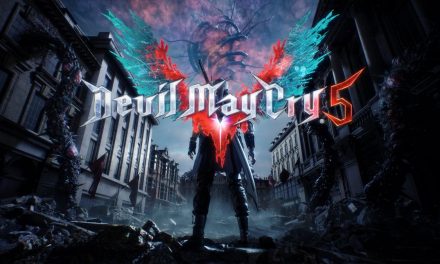 Capcom Serves Up The Final Trailer For Devil May Cry 5