Scholar of the First Sin is an interesting product at first blush. In its new-gen release (that also happens to be a re-release on the previous-gen) it delivers a remastering of the game for the new generation and the three DLC packs that were released since Dark Souls II first feasted on the sweet salty tears of gamers worldwide. The punishment and frequent death returns to the new generation, yet in a repackaging that’s thankfully unconventional.

The best analogue I think of to describe Scholar of the First Sin is The Master Quest in The Legend of Zelda: Ocarina of Time. Only, it is packaged separately and without its predecessor packed in. In this regard, Dark Souls 2 was given a thorough working over by FromSoftware over every little detail, all whilst preserving the core structure of the game. Much like the Master Quest!

In doing this, FromSoftware rejiggled the placement of beasties throughout the realm and added some NPCs to aid the flow of the story. I know this because I had to double check myself what Scholars of the First Sin actually was. Especially more so, because I hadn’t played the original Dark Souls II, which fellow GGS-er Dave reviewed after its release. This answered the first question of “What in Seven Hells is different?”. For the full nitty gritty on the game, check out Dave’s review.

So we have a rejiggled placement of beasties. That’s there to provide veterans to the series with a fresh challenge by effectively wiping the memories of those many hours spent before. For newcomers like myself, that difference is not entirely obvious. It’s worth noting that this new enemy placement is exclusive to the PS4/XB1/PC purchases of the repackaged game. The bundle can be purchased as DLC to the original game to grant you the three DLC packs that were released in one go, however it stops short from being the full she-bang that the new-gen versions offer. Current DS2 players were treated to a free update which brought balancing changes to the main game, which were also incorporated into the bundle. One other perk for those playing on the new-gen kit is of course the graphical bump that the new hardware provides. The main benefit comes in form of increased frame rate, boosting the console titles from 30 frames-per-second to a tasty 60 frames-per-second. Texture-wise it looks good, although it was quickly obvious from that it was originally a title made for an older machine.

Combined, all of these serve to create the ultimate swan-song for Dark Souls II, especially as PS4 owners look onwards to the incoming challenges that Bloodborne is currently punishing players with. For new-gen console owners that have yet to try out Dark Souls II, this present a fantastic opportunity to dive in and explore Drangleic in what is easily the most definitive way to do so. Just remember, this is a Dark Souls game. Therefore, be prepared for many, many, many deaths. At time of writing, the monument at the village of Majula told me that over 8.5 million deaths have occurred during the game’s life so far worldwide.

Put that into perspective, whilst you Prepare To Die.

Unless you value the unblemished surface that is your TV screen, I recommend you keep this game clear from the wee ones. It’s rated PEGI 16 in Europe for its violence and language, however the sheer difficulty in this challenging game is sure to be more damaging to your worldly possessions. 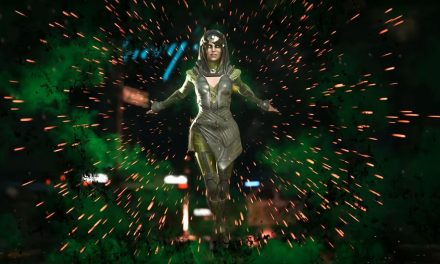 Dead Rising 4 is Coming to Steam!