Resident Evil is a well renowned franchise in the entertainment industry. It has spawned multiple films, novels, comics and of course video games and their accompanying spin offs.

Naturally, I was rather sceptical to hear about one of the best survival horrors out there (I said one of them â€“ not that Iâ€™m looking at any Silent Hill fans) switching to an episodic format. From a personal standpoint, I got quite defensive at the prospect of one of my favourite games being turned into a petty cash cow, getting drip fed over time. It worked for some games, namely Telltaleâ€™s The Walking Dead, or The Wolf Among Us… but Resident Evil?

Nevertheless,Â I didnâ€™t want to miss out on another venture into the world of RE!

Revelations 2 is set between the events of Resident Evil 5 and Resident Evil 6. To a true fan, that is post Albert Wesker and yesâ€¦ I had a bucket ready to catch my tears, gorged on a tub of ice cream and sat myself in front of a romantic comedy to ease the pain upon completion of RE5.

Anyway, now that weâ€™ve discussed my â€˜momentâ€™ for one of the most loved villains in gaming historyâ€¦ moving swiftly onâ€¦

Revelations 2 consists of 4 main episodes, each broken down into two parts. Each part, you control one of the main protagonists each with their supporting character. Claire Redfield is joined by Moira Burton (Barry Burtonâ€™s daughter) and Barry Burton is joined by Natalia Korda, a young girl with paranormal abilities. You can either play single player, or in co-operative with a friend. I decided to try it solo so that I could get a feel for the game with both characters.

I didnâ€™t chicken out and crank the brightness up on my TV either, I ensured that I kept the atmosphere as intended and I was glad I did. The world of Resident Evil Revelations 2 is beautiful in its own twisted way. I found myself exploring, even thinking, â€œWhat would this place be like when it had people wandering around?â€ even feeling empathy for the innocents that may have passed through prior to my characterâ€™s arrival and the subsequent outbreaks.

You get a true feeling for what the environment used to be and the sudden emptiness just emphasises just how frightening a world RE adopts. Itâ€™s a mark of a well designed environment when you can really feel yourself getting lost in it.

The first episode, â€œPenal Colonyâ€ does what it says on the tin, in true Ronseal fashion. You explore an abandoned Penal Colony (abandoned by anything not crazy of course) and a mysterious woman called the â€œOverseerâ€ repeatedly taunts you through set up cameras and bracelets that record the wearerâ€™s fear. Before long, you are evading the â€˜afflictedâ€™ and you do move away and explore the island that you are on.

Not even 10 minutes into the first episode, I realised just how vulnerable I would be throughout the game. Not only was I going to be stuck with a companionâ€¦ but I was going to be stuck with a companion that doesnâ€™t have a trusty sidearm. Thankfully, I wasnâ€™t wearing a fear bracelet myself but it goes without saying that the realisation encouraged switching to and from the â€˜aggressiveâ€™ and â€˜passiveâ€™ character in a number of different scenarios. I practically had a heart attack when I realised that my companion as Barry was a rather ominous young girl. I felt sheâ€™d be useless but I have to say that I felt quite protective of her, enough to smirk whenever I dealt some true Barry justice to the undead. I think this was Capcomâ€™s way of tying in some stealth elements to the game. You actually stop to assess how to tackle certain points of the game and if I was playing in co-op, I could understand the need for constant communication with your partner and team work to focus on tackling the harder enemies.

Playing solo, I can thankfully say that the AI wasnâ€™t sluggish and irrespective of which character I used, it ensured that the other character wasnâ€™t a hindrance and managed to keep up with, even compliment, whatever style of play I adopted at the time.

Iâ€™m not afraid to admit that I did die a couple of times until I fully came to grasp the need to switch tactics for different enemy types. This was a positive from a personal note as Resident Evil games, from 5 onwards, have been farÂ too action orientated. This felt like a step back of sorts, almost in a way that merited the title of â€˜survival horrorâ€™. In fact, I often found Moiraâ€™s flashlight to be my favourite weapon in the game based on the temporary blindness/stun ability. Coupled with Claireâ€™s roundhouse kicks, I found ammo conservation to be a breeze.

Touching on ammo conservation, the inventory system was quite positive. The share system and combination options for various items was welcoming. Depending on the situation (or game difficulty), you could find yourself in a position where you had to ration items or even discard what was less important.

I donâ€™t want to touch too much on the storyline but the breakdown of protagonists and splitting of the story into the two groups really helped to make the story flow. I didnâ€™t find myself getting too bored with one set of characters because Iâ€™d eventually switch out to the other. It goes without saying that Resident Evil is notorious for its ability to have a player constantly backtracking and revisiting the same place (I think I seen the main hall in RE1 a hundred times in my first play-through). Cleverly, Revelations 2 sees the same areas being re-used with the other groups, only you can see the effect that time and consequence has had on the environment, as well as the enemies.

Whilst it is arguably quite linear in its fashion, itâ€™s done in a way that is clever and even reshuffled the beauty of some environments, bringing new challenges or even enemies into the equation.

I want to go back to an earlier statement where I was worried about the prospect of the episodic format. By this point, I was really embracing the way Revelations went with it.

Not only could it be an ingenious way of encouraging people who havenâ€™t ventured into the Resident Evil world to give it a try without the full commitment of a full gameâ€¦ but I genuinely felt it worked. The breakdown between episodes made it feel like I was not only playing the game, but watching a film or TV show.

A few nostalgic jibes did creep their way into the script. For example, Barryâ€™s â€˜Jill sandwichâ€™ was referenced as a â€˜Claire Sandwichâ€™ much to the frustration of Moira who cites, â€œDoes Barry tell everyone that story?â€

It made the game feel more real with such effortless, yet powerful comments. As I progressed through the story, I wonâ€™t lie… I found myself almost squealing like a schoolgirl when the Overseer is revealed to be a relation of the aforementioned much loved villain.

To discuss more of the game, away from the story, I should point out that as fresh as the world feels â€“ the enemies did eventually because a tad repetitive. I much preferred the challenges presented in the Claire/Moira scenario because enemies felt like more of a threat, whereas Barry was faced with seemingly weaker enemies (likely to accommodate for Moira) that didnâ€™t seem to present as much of a challenge â€“ aside from those damned invisible ones that could one hit kill you if you were unfortunate to cross their path.

Barry for example, would find himself up against a lot of Uroboros monsters that could literally be taken down with a few well placed shots. Perhaps it is a question of skill for a seasoned player, or just luck. Either way, the challenge didnâ€™t seem as obvious for Barry/Natalia. At least Claire/Moira had more agile enemies hunting them.

Moving away from the main storyline completely, Revelations 2 sees a return of the much loved Raid mode from the original. With up to fifteen characters, the return of enemies from previous titles, over one hundred missions with varying difficulties and the return ofÂ fan favouriteÂ characters, Raid mode sees the longevity of the game come out.

Whilst repetitive, there is something extremely satisfying about taking on hordes of enemies and coming out on top. You can really brush up on your combat skills in Raid mode to help you progress onto the next difficulty for the story mission.

Some enemies get some nice buffs that encourage you to adapt to the situation at hand and Iâ€™ll admit, I found myself losing a good few hours in here (as Albert Wesker â€“ obviously).

Overall, whether new to the Resident Evil genre or not. This is definitely worth a shot. Test it out by getting the first episode before committing if you are unsure.

Simply put, no. If you had to ask yourself whether this was family friendly… you deserve to be a ‘Jill Sandwich’.

Get Your Hands on Overwatch: Legendary Edition In Stores Now 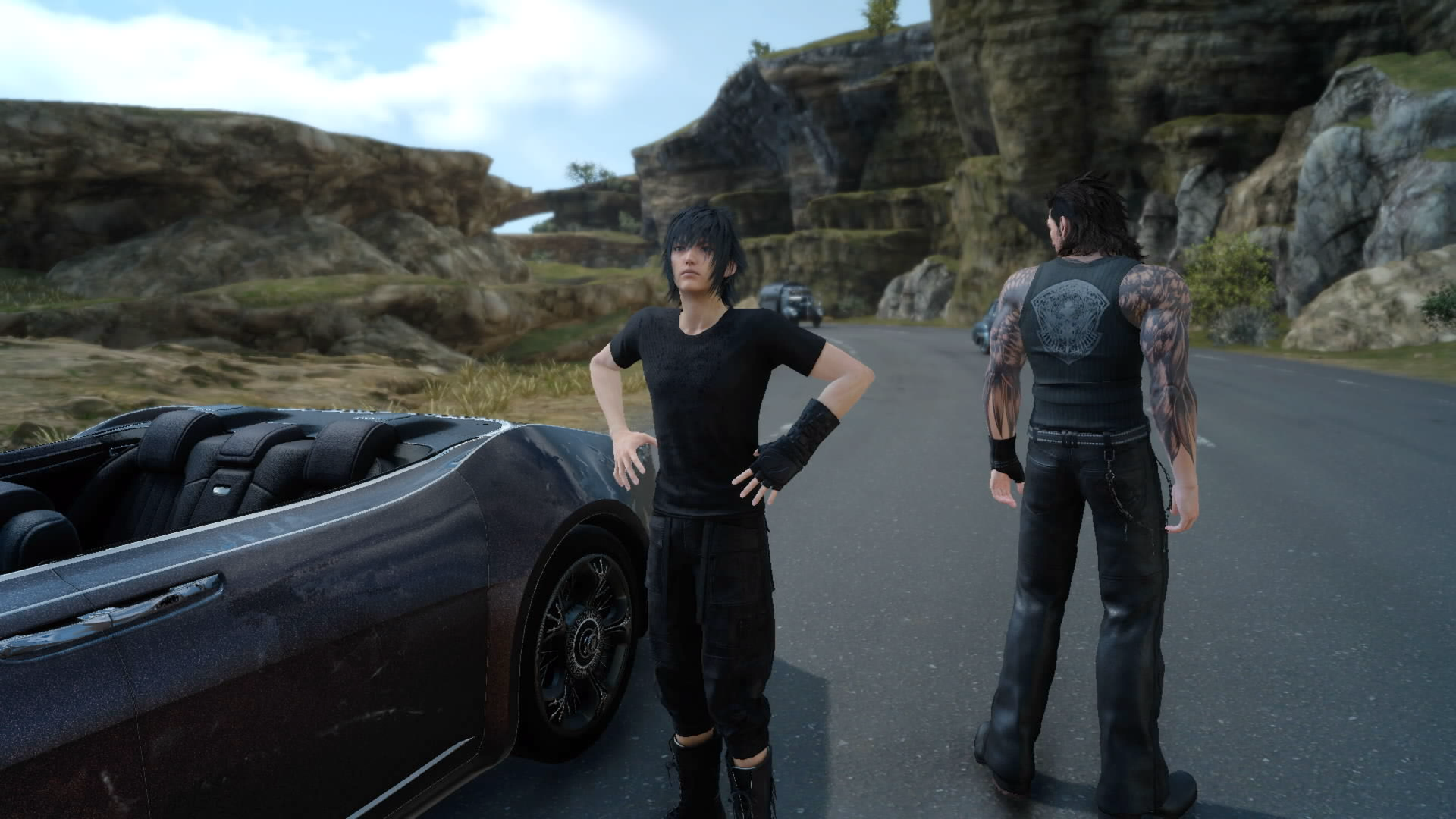 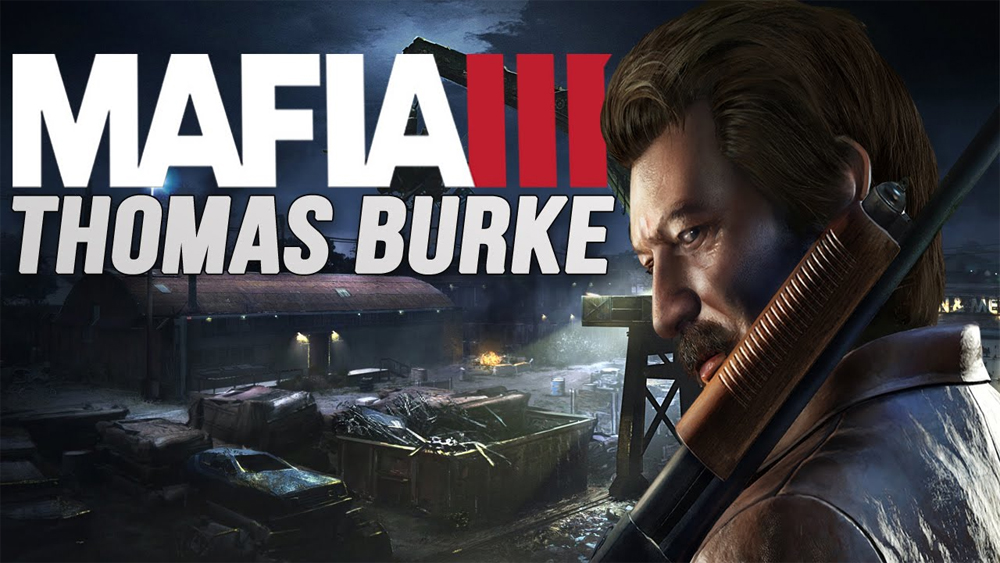 Who Is Thomas Burke? Find Out In This Latest Mafia 3 Trailer