Independent developer Flying Wild Hog and publisher Devolver Digital announced Shadow Warrior 2, a follow-up to the global best-selling first-person shooter Shadow Warrior for PC, Xbox One and PS4. Shadow Warrior 2 marks the return of Lo Wang and his trademark use of blades, bullets, and a sharp tongue to strike down the demonic hordes. Shadow Warrior 2 is currently planned for 2016 for PC, PS4 and Xbox One.

“The incredible reception of Shadow Warrior from both longtime fans and gamers new to the series was overwhelming,” said Michal Szustak, Studio Director at Flying Wild Hog. “Shadow Warrior 2 will expand on and improve every element that made the original so unique and strike a balance between classic FPS action and modern design.”

Shadow Warrior 2 is the stunning evolution of Flying Wild Hog’s offbeat first-person shooter following the further misadventures of former corporate shogun Lo Wang. Now surviving as a reclusive mercenary on the edge of a corrupted world, the formidable warrior must again wield a devastating combination of guns, blades, magic and wit to strike down the demonic legions overwhelming the world. Battle alongside allies online in four-player co-op or go it alone in spectacular procedurally-generated landscapes to complete daring missions and collect powerful new weapons, armor, and arcane relics of legend.

“While the game is bursting with stunning visuals and exquisite combat, it’s the near constant barrage of Wang jokes that is going to move product,” said Devolver Digital CFO Fork Parker. “The kids love thinly veiled dick jokes. Love ‘em.”

Shadow Warrior 2 will be available to demo via appointment only at E3 2015 with the *first look at gameplay debuting live on Twitch.TV Monday, June 15th at 8:30pm BST. 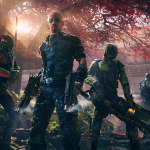 PlayStation VR And Camera Bundle Getting Another Huge Price Drop

‘Shinobi No Kikan’ Short Film Celebrates Release Of The Messenger 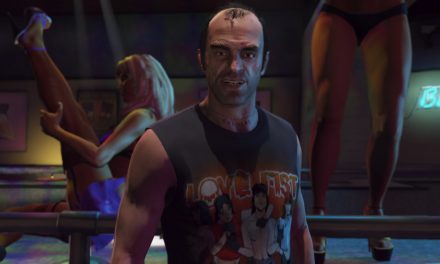