First Gameplay Trailer for LawBreakers Has Been Released

Remember a few days ago when Gears of War designer Cliff Bleszinski, now of Boss Key Productions, announced LawBreakers and it was all very exciting? There’s now a game-play trailer out:

Arguably, LawBreakers appears more reminiscent of Bleszinski’s work on Unreal Tournament rather than Gears. I, personally, like the use of colour and that everyone appears to be flying. Apparently, the shooter is based in a world where gravity doesn’t always function in the manner to which we are accustomed. This is what they meant by the combat being ”very vertical”.

LawBreakers is an upcoming competitive FPS game based in an alternate future where peoples have divided themselves into two sects: the Law, a peacekeeping organization, and the Breakers, a criminal syndicate. A colossal event known as ”The Shattering” changed the behaviour of gravity on earth– this happenstance somehow made people split off into these factions.

Currently, the game has no release date scheduled. Although, it is expected to debut in 2016. 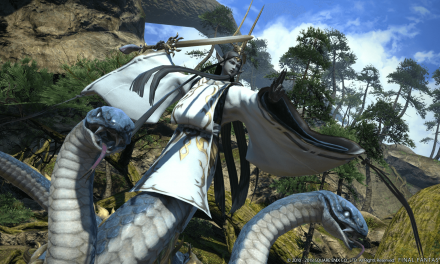