The game’s story indirectly began 400 years ago, when an occult philosopher by the name of John Dee masterminded an apocalyptic prophecy known as “The Black Prophecy” which would be fulfilled in 2012. “The Prepper” can see this disaster coming and prepares for his survival. In the meantime, a secret society known as the “Ravens of Dee” researches his predictions to find a way to stop them from being realized. Unfortunately, despite all efforts to stop it, The Black Prophecy begins in the form of a zombie outbreak. Starting in November, 2012 in London, England.

Zombi is a standard FPS game where your goal is to survive a zombie apocalypse. As an average joe, you don’t have any intense hardcore army training or special skills to help you. All that you have is your trusty backpack with helpful items that will help you survive. The game’s main twist is that, you’re unlikely to keep playing as the same character the whole way through. The game features perma-death; meaning once your character is dead, he’s dead. Finito. Done. If you die, you’ll start again as a different character and at that point, you can either start fresh and find new supplies, or find your (maybe) stiff corpse and pick up your belongings. Even on the easiest difficulty setting and with Full Health, if a zombie grabs your character, it’s automatically over. You’ll see yourself get infected with a new summary of what you’ve accomplished with the recently deceased.

Since you’re not a super soldier nor finding ammo at every corner which makes saving bullets essentials. Wasting ammo is sure to put you in trouble during hard times. Being a “survival” game, exploration and scavenging is a must in order to find helpful items such as health packs, ammo and new and more powerful weapons to ensure your survival. Too make things easier when scavenging, there’s a Scanner which can be activated. By analyzing new areas and rooms, players can quickly find new items to pick up as well as crates and cadavers which can be looted. To make your way through the dark areas of the game, you have a trusty flashlight. It’s pretty much useless unless in a pitch dark areas. I mean we’ve all used flashlights at once in our lives and they light up way more terrain than barely half a foot in front of you.

Obviously, moving a game from a console like the Wii U which used the gamepad’s as a useful tool to either manage your inventory or as a map, Ubisoft had to do a few changes to adapt to gamepad-less consoles. The map has been integrated at the bottom right corner which thankfully helps you find your way around and find your objective. There’s also a helpful sonar to help you; activating the sonar will highlight enemies as red dots, giving you an edge over the walking corpses; either by taking them down by surprise or finding an alternate route to avoid them. Unfortunately, the map can be confusing at times to follow and it’s somewhat cumbersome tracking back a safe path to your safe house for a quick nap. Objectives aren’t always clearly indicated so that also can lead to confusion and sometimes even death.

The game’s visuals clearly shows the original product comes from a somewhat inferior console. This kind of visuals would be fine for mid-to-late PS3/Xbox 360 generation, but being almost two years into this eighth console cycle, it’s far from being one of the game’s strong point. It does the job well, but it does feel like playing a last gen game; even if it originally came out in 2012 for Wii U. The game is mostly devoid of a score as the creaking and cracking from a decrepit environment serves mostly as the game’s ambiance. Survival games tend to rely on environment noises in order to present the tense atmosphere required to make this type of game scary. There’s also rumblings of a 3 year old game breaking bug that Ubisoft seemingly ignored or refused to fix for whatever reason.

Zombi is a very boring affair. Although the premise of not having a single protagonist (unless you managed to avoid death during your playthrough), is an interesting one. Unfortunately, the rest falls apart. Scares are very few and far between, the game moves at a very slow paces thanks to cumbersome navigation and the environments are mostly bland. If you must play this game, I’d recommend playing it on Wii U. At least the gamepad makes the gameplay interesting. Ironically, the game feels dead; there are way more better zombie survival games available.

Zombi is rated M for Mature and PEGI 18 due to blood, gore, intense violence and strong language. Headshoting zombies and dying in a pool of your own blood isn’t very family friendly after all. 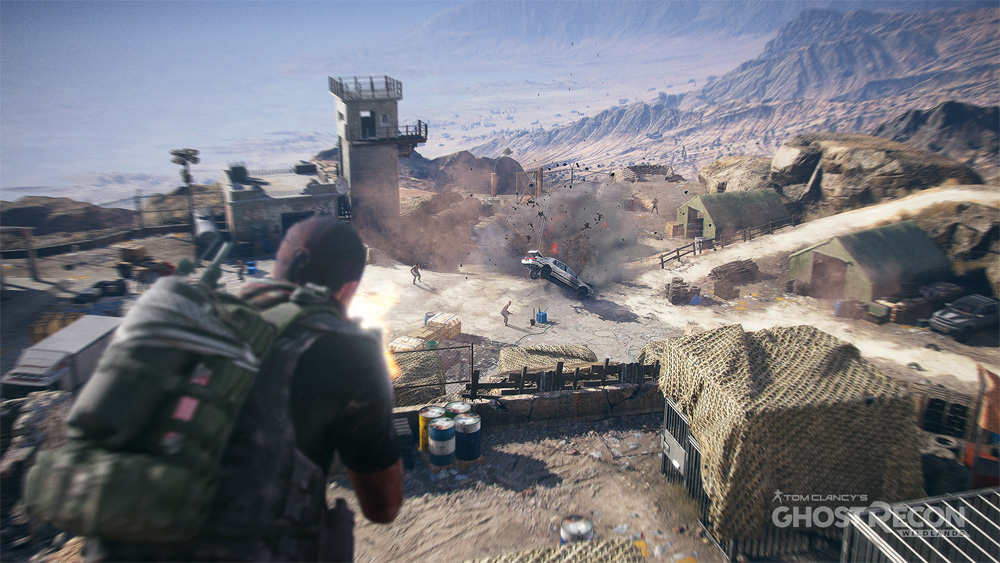 Fifa 20’s off the ball will “give more time and space to the dribbler,” defensive support will take a hit and more details about Volta Football

Xbox One S Releasing Next Month