While at EGX 2015 I had the chance to try out some of the big games coming later this year and early 2016. There were some stand out titles that I think you should have on your radar for release. I’m going to try and not waffle on about some of these; some of them are really good though!!

First up is Guitar Hero: Live

When this was first announced my first thought was here we go again, I was expecting to walk into this and it to feel like the same old Guitar Hero we all know from a few years back. Turns out I was completely wrong, the small hiatus of the series has given the developers a chance to actually look at what needing improvement and what they could do to make the game feel familiar yet different and fresh.

The big noticable change is how the guitar is now laid out, gone are the days of stretching the pinky to reach the orange button. The new layout sees three white and three black buttons instead of horizontal the black and white are stacked, so instead of moving your fingers along the frets now you only need move up and down slightly. 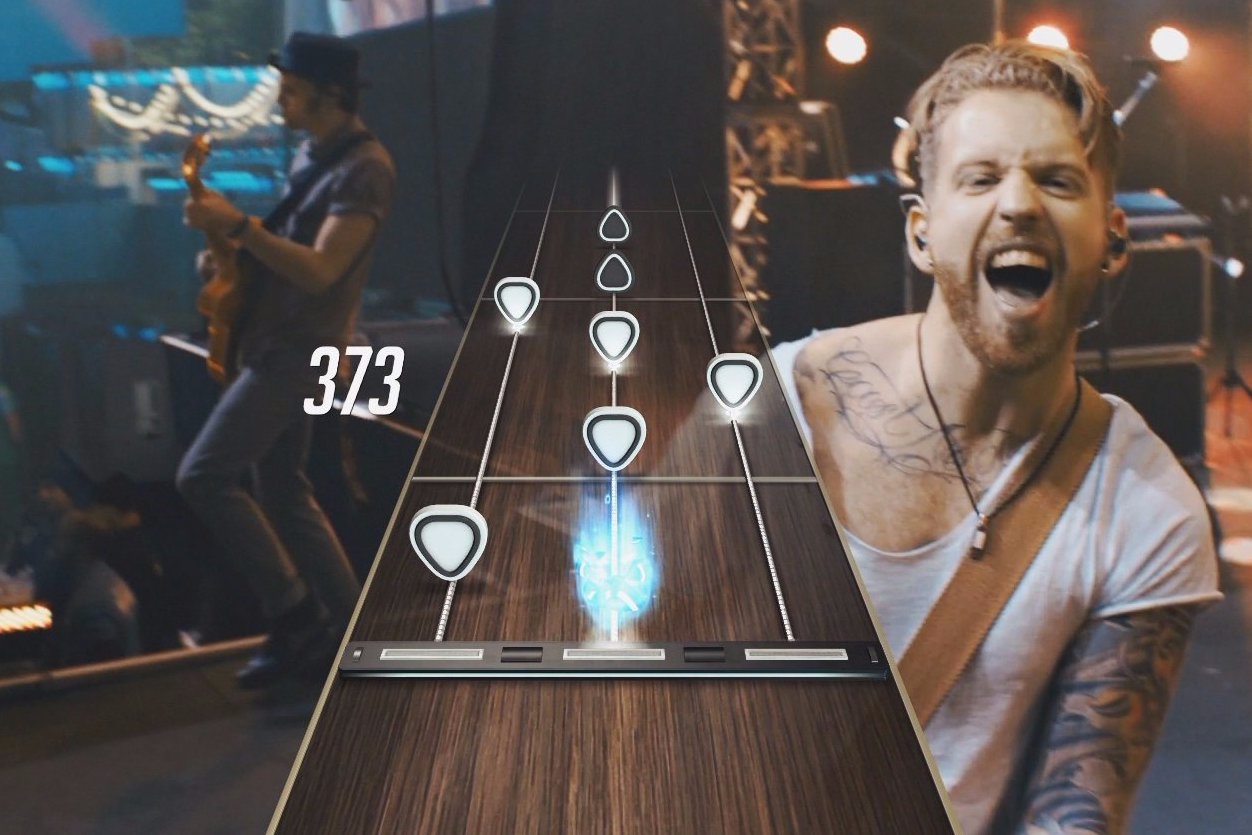 While this initially looks like it could be to easy to play and for experts of the Guitar Hero games a bit of a step backwards for the difficulty it actually changes it in a way that new players can grasp it quicker though the harder difficulties seem to be the most challenging Guitar Hero combinations to date.

Over the weekend I went back to the booth four times to try my luck at the Regular difficulty (a sort of in between for Medium/Hard.) The constant switch between white and black icons had me fumbling around like a mess for the intro of the songs each time, having to hit a double white and instantly find the third black and first white made the combinations more interesting though I probably looked like a new born deer trying to walk for the first time.

The difficulty spike is massive now, the higher you go the more realistic it feels. It no longer feels as though they are just speeding it up to test your reaction speed. The way the new fret board looks and feels makes the game more technical; an amazing fresh take on what has been done before by ant rhythm game, of course new players shouldn’t be dissuaded from the game, the way the game now progresses now allows everyone to have the ability to eventually challenge those higher difficulty songs. 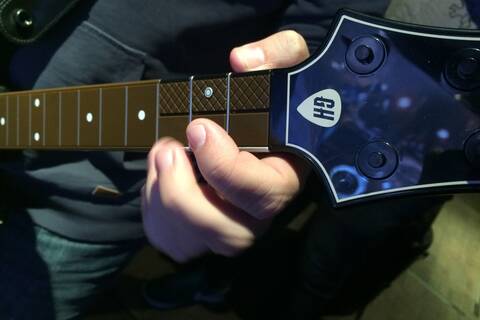 Unfortunately there were only a handful of songs to play on a normal play mode so I wasn’t able to look at any of the new modes or how the progression of the story works, but from what I did play sold my on the game. It’s easy to see what the game is trying to achieve to keep itself different from the other rhythm games.

Everything from the aesthetics of the menus to the new guitar peripheral has been changed for the better and the team at FreeStyleGames should be proud of what they have done to rejuvenate the series.

If you were a previous fan of the Guitar Hero games or are now starting to look at the rhythm game genre, Guitar Hero: Live is the perfect way to satisfy the hunger of pretending to be a rock legend!

Guitar Hero: Live is due out in just a few weeks on October 20, across PlayStation 4, Xbox One, Wii U, PlayStation 3, and Xbox 360. If you pre-order the game now you’ll also get access to bonus content in GH TV featuring Avenged Sevenfold.

New Characters and Features for Tales of Beseria