Yesterday I touched upon my time with Guitar Hero: Live at EGX. Today I’ll be talking about how my time with The Division went.

This was another title I was pleasantly surprised about, given the amount of delays the game has gone through. The game is something completely different for Ubisoft, in a sense it’s actually very close to Destiny with it’s loot based system. From the small demo my team and I played working our way through AI enemies looting bodies for new weapons and armour to then stumbling upon player controlled characters, gave everyone a conscious decision on how to play and how the missions will pan out.

Work together to get the extraction and share the loot from the mission, or turn on the team and attempt to kill everyone and take all the loot for yourself; it’s a clever mechanic that though seems fun in a demo environment, could be very frustrating if you grind for hours for a new weapon only to be betrayed by a teammate and lose the items from all the hard work you’ve put in.

Speaking of hard work it’s not clear how the levelling and progression systems work. The game has huge potential to be massive for RPG players if they hit the right balance of levelling and how to obtain new loot and skills, (Something only Destiny has only really now sorted a year later.)

What I really like about The Division is how the games setting feels completely unique. I can only assume that the build I played was from E3 this year given it was the same demo shown off at the Ubisoft conference. Yet the game ran with no issue, the whole working together as a squad makes the game feel very familiar to other Tom Clancy games, though with the added RPG elements gives it a fresh feel. It’s a game that could have massive potential to up against other loot grinding based games. 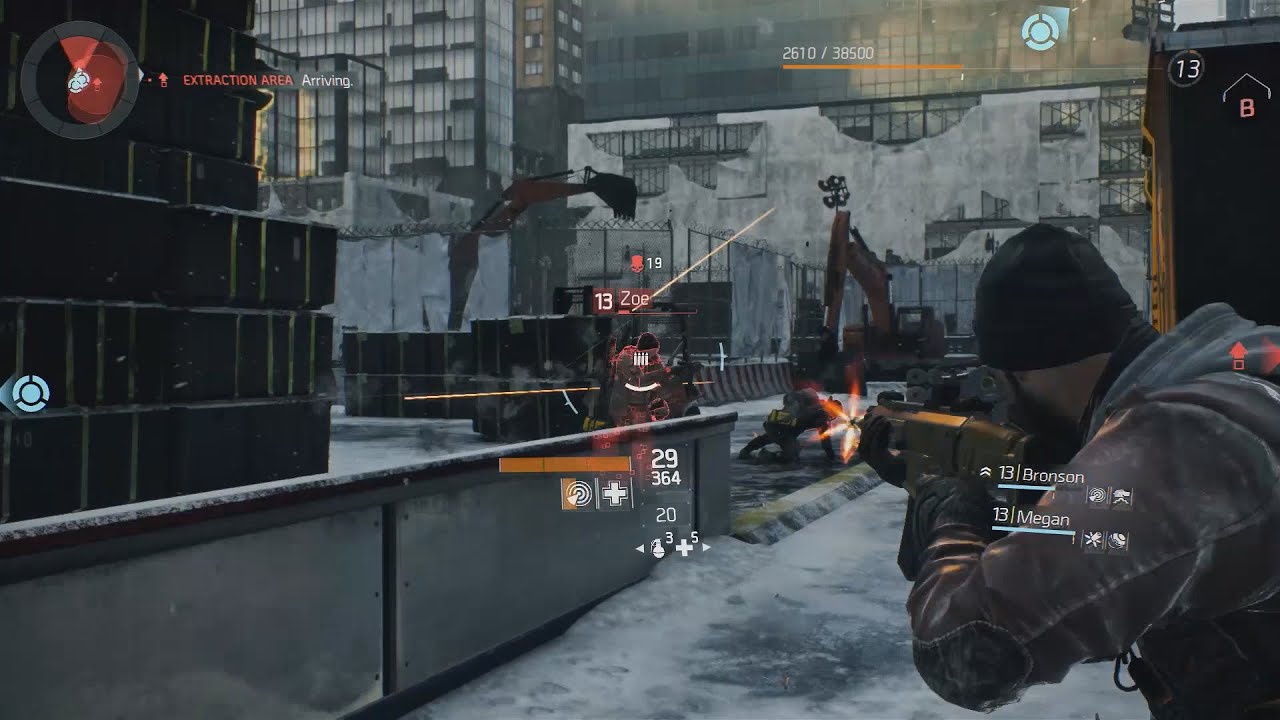 Even the skills in the game feel balanced, we had a choice of three different preset classes though when the game is released players will be free to choose what skills they want. A medic based character who had quick revives when the other two squad mates go down, a support class who had a pulse wave that when triggered showed all enemies in a certain radius. A second support had a mini turret that could be thrown down to provide suppressive fire of the squad.

Each character felt like it was needed to get mission done, the skills are the big play of the game, we were told to use them when we could to get the most out of the characters; and they actually did help quite a lot. Having a pulse wave go out to see where enemies were coming from so the turret could be thrown out in that direction to provide cover fire. When one person went down the medic could use quick revive to get them back into the fight; it’s all bout working as one big team to get the job done.

It all seems very tight, the cover to cover shooting is very reminiscent of Mass Effect, and the game as a whole though marketed as an RPG seems to take more nods from the Mass Effect series; not that this is a bad thing of course.

My big question for the game now is how the story will be, ever since Destiny’s lack thereof in it’s first year it’s now a looming presence for all of these open world loot grinding games. Also I’m curious to see how the side missions will play out, if Ubisoft are going for an MMO approach are we going to see instanced missions or raid like settings? I suppose we’ll see when closer to when the game is released.

The Division is scheduled to release March 8 2016, across Playstation 4, Xbox One, and PC. Make sure this is on your list, i’ve got a feeling it’s going to be a massive game!