When Forza Motorsport 5 came out at the beginning of the Xbox Oneâ€™s release cycle, it was meant to be a technical marvel for the new system. Instead, it was met with scorn from the longtime fan base of the series. Hampered by a hard deadline of a system launch and working in the confines of a theoretical benchmarks of a system that was only on paper at the time design started, Forza Motorsport 5 ended up not being the game that many fans wanted.

With that launch still firmly cemented in the minds of developer Turn 10, Forza Motorsport 6 comes to Xbox One with the idea of righting the wrongs of the past game. Everything in Forza 6 seems to directly point out that itâ€™s better than before. The lack of cars in the Forza 5 â€“ fixed here. The lack of tracks at launch â€“ fixed that one as well. The list goes on and on with the fixes and â€œbigger is betterâ€ approach to Forza Motorsport 6 and to most points, the game is the pinnacle of design for a racing simulation game. And yet with all that is packed into the game, Forza Motorsport 6 still feels like something is not quite there in the final product, like some slight blemish in an otherwise precise paint job.

The initial perfection of Forza Motorsport 6 starts right where the rubber hits the road, with the new physics modeling system that is in place. Every bump, every crack, every nuance can be found in every track layout and those modeling details come across as you speed your way through ever race. The game gleefully provides you the feedback as to what surface you are driving across, allowing the player to instantly know how to correct. The modeling data might be some of the finest out there right now and would be enough to satisfy most players, but then Forza 6 added two new features that really change the face of the series â€“ weather and day/night cycles.

Yes, weather and day/night cycles have existed in the Forza Horizon series, but this is the first time they have come to Forza Motorsport proper and here they are a completely different animal, changing the way you interact with every track in the game. All that modeling data comes back around once again with the rain effects, as water will stream down, hampering your visability for the track and the other racers around you. It pools up on the surface of every track in different ways, trying to force your car out from under you as you hydroplane through standing water. It adds a new dynamic that challenges even the most seasoned veteran of the Forza series. Driving at night poses its own risks as well, as tracks will have areas that are shrouded in complete darkness, leaving one to have to drive more cautiously or find themselves careening off-track or worse, right into the last minute seen brake lights of an opponent in front of you.

It should be noted that all of the physics only come across so detailed due to the inclusion of the Xbox One controller. I am normally one for Wheel and Pedal controllers in a simulated racing game, but the Xbox One controller almost seems like the Turn 10 team were in the design meetings for its development as it constantly seems to deliver the feedback necessary to navigate the courses. It feels like an extension of Forza Motorsport 6, giving you varying feedback based on the area of the track you are driving across, if you are starting to lose control of the car and even when you start to lose contact with the road during rain. It is weird bringing up the standard controller in a review for a game, but the impact triggers of the controller make that much of a difference in how the experience of Forza 6 feels in your hands.

As stated earlier, Forza Motorsport 6 comes with over 300 different cars across dozens of manufacturers, making sure that every favorite vehicle of every fan is more than likely here in the game. The more mantra also comes into play with the tracks as there are over 20 different tracks, each with several different layouts making for hundreds of combinations that will entertain you over hundreds of different racing championships. The field you race against is also larger as well, as races contain 24 contestants including the player. And when that isnâ€™t enough, there are new driver highlights that will pop up as you race, giving you access to new challenges independent of the racing circuit you are in. At one point, I was invited to try and get to the front of the pack in seven laps at the Indianapolis speedway, or going to Spa and trying to get in front of every variation of the BMW M3 series vehicle in one lap, and they get a 20 second head start.

And yet, with all of these new features and enhancements bursting from the seams in Forza Motorsport 6, there is something completely sterile in the actual gameplay. It is not that the gameplay is bad in anyway, but it seems that the evolution of simulation racing has not moved beyond the idea of start a race in the middle of the pack, get to the front before the end and repeat over 100 times. In a way, Forza Motorsport 6 almost seems to be a victim of the success of its younger sibling, the Forza Horizon series. Many times while I played Forza Motorsport 6, I pined over the loss of just being able to drive anywhere. Instead, I race, win, and go to a screen that says next race. Sure, this is how it has always been, but there is something there that seems to be missing, as I miss the idea of enjoying a performance machine at my own leisure and not because a screen is telling me to go do this race or another.

Also, Driveatars still seem to be a huge work in progress. Granted, a lot of this comes from being a day one owner of Forza Motorsport 6 and Driveatars really do not show their true form until you have invested dozens upon dozens of hours in the game, but far too often, I will be driving along only to have a Driveatar just make a sudden, jarring turn into my path on a long straightaway. Or catapult themselves into my bumper, because they thought that would be a great idea, instead of you know, winning the race. All of this makes for a frustrating conclusion, because everything about Forza Motorsport 6 screams out that it is a better game than its predecessor, and for the most part it is. It is the ultimate refinement of simulated racing and it might be the finest game to do that at this point on a console. The problem is that I think that people want more from those simulated experiences and in that point, Forza Motorsport 6 leaves the player wanting.

Family Focus
Forza Motorsport 6 is a game that can be enjoyed by the entire family. No real form of violence here beyond the occasional car crash but even then, that does not focus on the violence of the car crash, but presents itself with some text messages of the damage incurred to the vehicle you are driving. Difficulty modifiers make it easy enough for anyone to find a sweet spot, so kids can get use to controlling a car with all difficulty options turned off, but hardcore fans can have the simulation experience they want with everything turned on and multiple points in-between. 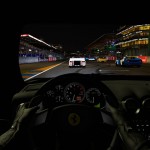 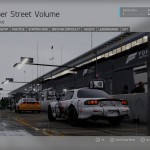 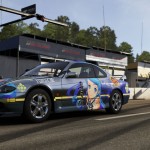 Get Some Poker On Xbox One