Telltale Games is quickly making a cottage industry of creating new gaming experiences from other mediums. Back to the Future, Jurassic Park, The Walking Dead and Game of Thrones are all examples of this philosophy. Now, Telltale Games has moved on with a new theme this time, as they have partnered up with Gearbox Studios and 2K Games to create Tales From The Borderlands. After several months of playing through each of these episodes, the Tales From The Borderlands series has finally wrapped up with its fifth and final episode and as a whole, the series might be one of the best from Telltale Games, mixing together humor, violence and the Borderlands theme with the items that make a Telltale adventure games – choice and consequences. Even before you get into the story elements of Tales From The Borderlands, you cannot miss the graphical look that is attached to this title. Gone are the standard interstitial graphics that we are used to with Telltale and in are the cell shaded characters and backgrounds that we know and love from Borderlands proper. Even things like button prompts, quest logs and more come together exactly as you would expect to see them in a Borderlands title. It’s a nice touch that goes a long way to putting you into the world of Pandora and all of its harsh elements.

Tales From The Borderlands centers around the one thing that is considered the most important on the violent world of Pandora – a Vault Key. You play as two different characters here, switching between Rhys, a cog in the Hyperion corporate ladder and Fiona, part of a team of swindlers that are trying to make a quick buck on Pandora. Their story is told as they have been captured by a bounty hunter, and you play through the story, making decisions and occasionally working your way through some action elements to make the story unique to you as a player. Unlike some of the more depressing dramas that Telltale has released, Tales From The Borderlands stands out with its vivid color palette and use of humor on a regular basis in all of its discussions. There is limited moping allowed here, and the jokes are very funny and told with a slant towards the way things would be told in a Borderlands game. Some of the humor might not make complete sense if you have not played a Borderlands game, but most of the time, they come across loud and clear with a lot of wit. It is a solid change for the company and I think it lets the story and characters breathe a little more and develop.

While decisions to make up the key elements of Tales From The Borderlands, Telltale does add a few new wrinkles to the process. Now there are elemental weapons that you can choose to use at points in the game. There is also an economy in play as well where you earn cash that you can spend at points on outfits to customize your characters. These are nice touches and once again, harken back to the core game mechanics that you would find in a Borderlands title.

If there is any one item that falls a bit short in Tales From The Borderlands, it might be that thee seem to be a lull in the story around episode four, a thing that happens enough in Telltale titles that it has been named the Episode Four curse. It is no different here as that episode meanders around a bit more than the prior ones and never really delivers any meaningful point throughout its two-hour stay.

Family Focus
As with most Borderlands titles, you will probably want to keep most of the younger kids away from this title. While it is not as focused on action, there is still a fair amount of bloodshed, killing, shooting, skin removal and other items that probably won’t sit well with parents of younger children. There is some language as well, so you might keep this one in the hands of those in their teens and older

Add some seasoning to your game with The Sims 4 Seasons! 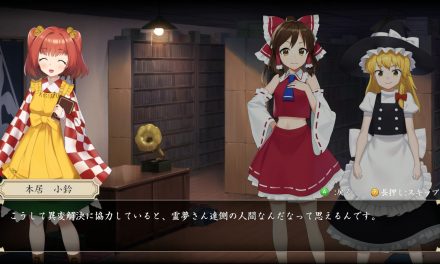