The mere premise behind Blood Bowl 2 should immediately intrigue anyone that might have a passing interest in sports or human/orc battles. Who would have thought that taking American football and mashing it into a blender with a dash of strategy, a sprinkle of dice rolls and a tablespoon of violence would make for a great gaming premise.

But impress is what Blood Bowl 2 manages at just about every turn. Blood Bowl 2 at its core completes all the trappings of a standard American football game. You have two teams, a marked off field, kickoffs, end zones, uniforms and even cheerleaders to complete the idea of a football game. There are refs as well, but the rule set might be a little different when you compare it to American football as there is less emphasis or worry about concussions or player safety.

While all the trappings feel like American football, Blood Bowl 2 takes a sharp turn from the world of Madden, as it shirks off the idea of fast paced, arcade style football mechanics and instead pulls back to its roots of turn-based sports strategy. After the initial kick-off, teams take turns on each side of the ball. You can set up positioning for players, grab the ball if you are on offense and of course, lay down some hits if you have position on a player. When you engage a player, you have a dice roll that factors in player stats and positioning, as well as if you have surrounding players. Sometimes, you will get two dice to choose your outcome if you have the advantage, one if it is pretty even and red dice show an advantage to the enemy and reduce your odds of success dramatically. Think of Blood Bowl 2 more like a game of Risk or Stratego and you start to get the idea of the gameplay. Well, I guess I should say if Risk and Stratego had things like defenders and blockers that would punch, shoulder charge and basically beat your opposition into the ground. When players come together and you see the results of your dice roll, it is visceral, violent and downright mean. Of course, I do mean that in a fun way as I got chuckles hours into my gameplay, when I would see one of my humans lay down a devastating hit on a giant wall of a defender. Sure, it may not feel like the ruleset you know from football, but get over it. I mean, you have orcs, giants and imp refs, so the rules are the least of your worries here.

Blood Bowl 2 offers up a nice campaign that never overstays its welcome and is a great introduction to the game, as you have to take a once great team and rebuild them after they have fallen into disarray. Commentators chime in before and after every match to give you a bit of background on your next match as well as a bit of feedback on your play in the previous match. The early matches are a bit easy to pull of some wins, but the last few games did challenge me a bit in trying to get a few scores. And once you finish up the campaign, there is a deep league mode that will keep players entertained for hours on end.

I would say that while I had a lot of fun with Blood Bowl 2 and the way it faithfully recreates the board game action in a digital form, I would have liked to see a mode where I could play a more arcade style of gameplay with these characters and trappings. I mean, the field and surroundings are so beautifully recreated, and I would have loved to explore that a bit more with a faster mode of gameplay. I would also say that it is easy to get a bit frustrated by the idea of a dice roll controlling your fate, especially when it completely goes against you like when an imp somehow knocks your ten-foot giant on his ass. It gets worse when it happens several rolls in a row. Yes, it holds true to the board game, but it does take a bit of wind out of your sails when it happens.

You can also see that this game has its roots in the PC, as the text on the screen is very small, seemingly designed for someone that would be sitting far closer to the screen, like at a desk with a monitor. And yes, there is a lot of instructional text thrown up for you to understand the rules, so it can be very bothersome to constantly have to get up off the couch to read text blocks. Even with those minor complaints, I found myself enjoying every aspect of Blood Bowl 2. It was a board game that I had dabbled with in the past, but in this new digital format where I donâ€™t have to keep track of all the rules, I found myself entertained and engaged with my players. I lived large with their successes and cursed their failures. It is faithful to a fault, but fans of the series will not find a better recreation of this board game anywhere else.

Family Focus
Blood Bowl 2 feels very family friendly most of the time. The on-field action is solid and strategic and can teach younger ones how to think through strategies before attacking. All of this is fine until you get to the actual tackles and rushes which are brutal affairs, with over the top punches, retching bodies and blood splattering everywhere. These moments are violent and might be a bit too much for younger children. So keep this one for those in their early teens and up. 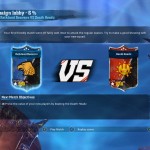 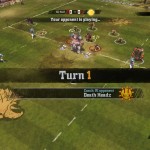 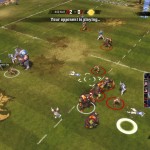 The Indie News Roundup: Iron Maiden, The Last Night, and Beyond Blue

Star Ocean: The Last Hope Gets Remastered for PS4 and PC