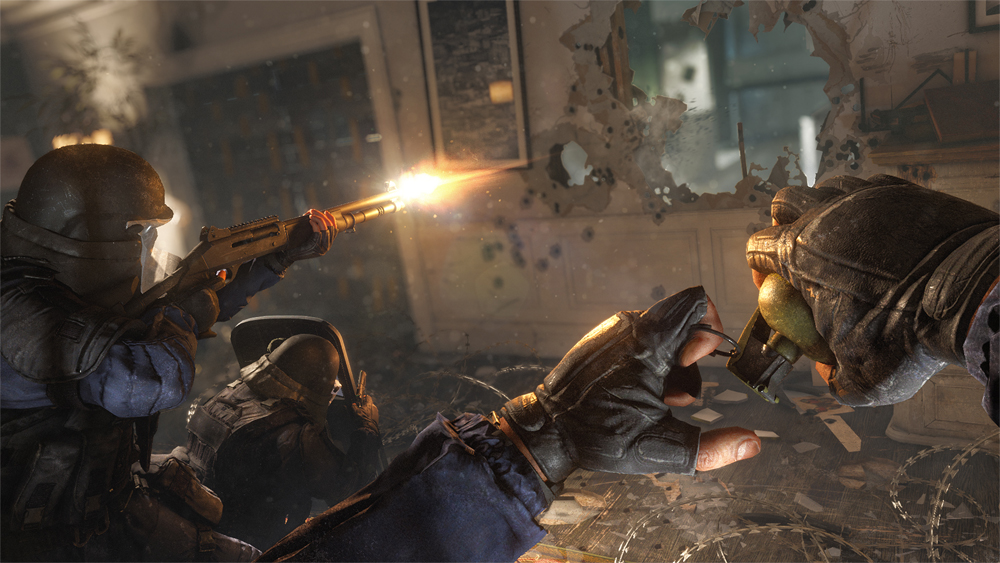 Finally! After a few years on hiatus, the Rainbow Six franchise has returned. After a short life as Rainbow Six Patriots, which ended up scrapped, Ubisoft started over and the end result is Siege. However the game, lacking a proper story mode, has a simple premise: take out terrorists. Now don’t get me wrong, there isÂ single player content, but it’s not as deep or fleshed out as the awesome Rainbow Six Vegas games we got years ago. Let’s get into it. For those who have yet to dabble in the long running Rainbow Six franchise, this game features a more realistic type of gameplay where a few bullets will put you down, so run and gun type of gamers will end up seeing the Failure screen very often. R6 requires strategy and communication when playing with others. There is no mini-map telling your where your enemies are hidden. You go in blind and proceed with caution in order to avoid being dead. Luckily, as soldiers armed to the teeth, you have the necessary tools to successfully pull off your objectives. In order to better understand how you can be successful, I’ll tackle each game mode. First, the game’s single-player content: Situations. Let’s take a quick look at the game’s classes.

Before jumping any matches, you get to choose your Operators. Each of the soldiers have different tools and perks which allow each player to have a different skill set, and result in a varied and very efficient team. Operators are unlocked, or purchased, through the in-game curreny called Renown. Renown is earned simply by playing, whether with others or solo. Much like XP, playing online with other players will be more rewarding than completing Situations. Additionally, each of the Operators’ weapons can be customized with skins and add-ons such as scope or grip allowing players to craft their perfect soldier. There are two types of operators: Attackers and Defenders. Their titles are pretty much self explanatory. Where both classes differ is in the equipment they use. Attackers will have more offensive equipment such as grenades, flashbangs, (among other helpful tools) allowing them to aggressively get the upper hand against the Defenders. While the latter have a bigger emphasis on defense. When defending a target, for example, they can barricade doorways, lay down some barbed wire or standing shields in order to make things harder for the Attackers.

Situations are missions where lone wolf players can play alone just for fun or simply to get a grasp of the controls and different characters. Each Situation has a specific objectives; either extract a hostage, defend a target or clear out the enemies. Each missions also has secondary objectives which can be accomplished throughout each of the mission, but they are not mandatory to clear it. Additional objectives can be things like finish the mission with more than 50% health or successfully pull off X amount of headshots. Pulling these off will grant you bonus XP, which is one of the issues I have. Trying to level up by playing Situations is painfully long, as you barely get any XP in order to move on the next level. I understand that it’s incentive to pull players to the online multiplayer side of things, but they didn’t need to “punish” lone wolf players. Also, each mission has you in the shoes of a different Operator every time giving you a chance to sample the game’s available classes, which is a welcomed mechanic as it forces the player to adapt. These Situations are fun to play, but without a proper storyline, it feels a bit soulless.

Now let’s tackle the Terrorist Hunt. This mode can be playedÂ solo or with others online, andÂ is basically a different take on the single player Situations, onlyÂ you can play with friends. Additionally, the maps/objectives are all random. There isn’t any menu where you choose your mission. You choose your character, based on what is required with the objective (attacker or defender), jump into the lobby and then get thrown into the map. As indicated, you can choose to Lone Wolf it, but some objectives are near impossible to do alone, while others can be done just fine. Playing with friends is always the go-to choice, as playing with people you know assures you that your team will have your back and you’ll be able to communicate. Sometimes, if you’re with random players, you’ll beÂ with self-centered players or others that might even kill you (yep, there’s friendly fire; although Ubisoft say that they will punish those players), taking out some fun of it. And this comes with a problem; playing with others online, without communication, can lead to accidental friendly fire and can even resulting teammates going down or dying. Although I get why they have “Friendly Fire,” having the option to turn it off could’ve been a nice touch.

Finally, the multiplayer side of things is basically Terrorist Hunt against player controlled opponents. It pits two teams of five players against one another; Attackers versus Defenders. Once a round is over, teams are switched as defenders become attackers and vice versa. The standing team wins. Simple.

The game’s presentation is a mixed bag of things, as it is rough around the edges. Although the cinematics and overall visuals look current-gen, in-game visuals look a bit outdated; at this point I’m wondering why this game couldn’t have released on last-gen consoles. It’s nothing that bad, however we’ve had so many better looking experience this gen. Also, constant little visual nuisance as dead soldiers’ guns stay embedded in walls, generic terrorist design among other little things. Audio wise, there’s a very thin score throughout the game’s menus, however when it’s time to load up, you’ll hear clearly hear explosions, enemy soldier’s steps and enemy C4s. Paying attention to the game’s audio is vital to your survival as you can avoid enemy C4s and crazy Kamikaze bombers so it’s a good thing that they omitted adding a score during matches. All in all, Tom Clancy’s Rainbow Six Siege is a great game. Featuring Situations for lone wolf players, multiplayer for the competitive players and terrorist hunt which applies to both type of players, it has something for everyone. Although the Situations can feel a bit shallow and Multiplayer can feel overwhelming, Terrorist Hunt, especially with friends, is the perfect mode that will keep players coming back for more. Despite some dated visuals and a few minor online connection issues, Tom Clancy’s Rainbow Six Siege is definitely your worth time. My only worry at this point is the game’s longevity. Ubisoft is supposed to provide post launch DLC for free, but will that be enough to keep players coming back?

Tom Clancy’s Rainbow Six Siege is rated M for Mature as it features violence against human-like characters, blood (loads of it), drug references and strong language. 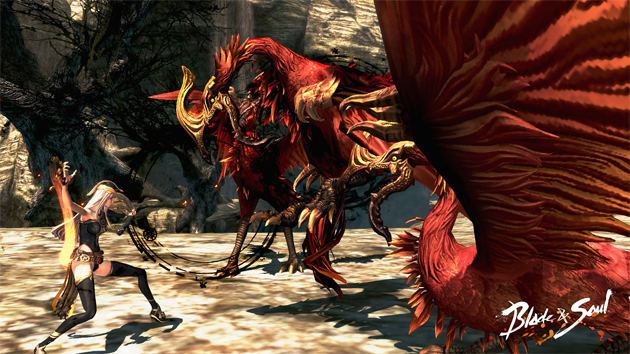