My knowledge of the Game of Thrones television show is perfunctory at best – that there was a wedding with some minor disagreements that ended in a color of red, a short blond woman loves to hang out with dragons while building armies and that most people on the show meet an untimely and gruesome death. Game of Thrones from Telltale does include quite a bit of these points, but it diverges into new territory rarely mentioned in either the books or the television show to add a new twist to the growing popularity of this franchise. Yes, instead of focusing on fan favorite Tyrian, or any other person from show popularity, the game instead follows the House of Forrester, a clan that might have come up with one mention in five television seasons of Game of Thrones. The Forrester house runs the Ironwood trade, which makes it an important player due to the value of Ironwood â€˜s use in the weapons of war. Due to this lack of information, The Forrester family are a perfect target for Telltale Games, as they have no major impact on the series and therefore can be built and molded for the story. All of the characters implicit to the main story are new to the fan base, complete with their own desires and backstory.

That is not to say that there is a church and state dividing wall show characters and game characters. This is a game that is considered to be part of the lore of the television show, and there are some healthy interactions with some of the main characters, complete with voice work by the main actors. Even with that inclusion, nothing here can be very impactful on a Daenerys or a Jon Snow, so most interactions give you an idea of where in the timeline it takes place and a mild reference or two and then plot exposition to move your story forward. It is never quite meaningful, but then again, it never can really have meaning due to not having the ability to affect the showâ€™s main characters.

Even with that caveat, you do get to play five diverse personalities from house Forrester, including Mira Forrester, Ethan Forrester, Rodrik Forrester, Asher Forrester and Gared Tuttle, each ranging from head of the house of Forrester down to a squire for the head of house Forrester. With those five different personalities, you are bouncing around between characters at a fast clip, never getting too much time to settle into a storyline, which is one of the bigger issues nagging at Game of Thrones.

Here the idea is all about living up to the reputation of the series fame and it becomes more of a problem then a boon. Juggling so many different characters, plot threads and more, Game of Thrones never seems to find a proper focus at any point through its six episodes. I mean, there are points that will stick with you while playing, but after almost 15-20 hours of story here, I never gained a solid attachment with any of the playable characters. They still felt like blank slates, except that I knew some had been doomed to a horrible fate at the hands of my decisions.

There might have been the biggest bright spot during Game of Thrones entire season and that was bringing back the time honored tradition of agonizing choices. The first season of Walking Dead gave us points where you would want to pause the game and honestly think about the choices you would have to make and that has been missing from Telltale titles until now. Game of Thrones never gives you four black and white choices, instead giving you four sort of good, sort of bad choices, where everyone is bound to feel some pain and someone is probably going to die because of this decision. More than once, I struggled with a decision, having my timer bleed down to the last second before making a choice and then crossing my fingers it did not end up biting me in the ass later.

It cannot go unmentioned that once again, the same engine has been used for a Telltale game, and while the engine is not the issues per se, the bugs and glitchy performance issues that come with it no longer get a pass from me. While the PC was mostly smooth with some minor exceptions, the console versions seem to all suffer from choppy performance at times during loads or cut scenes. It is rather irritating that this is still happening, and no one is taking the time to clean it up, even on this new and more powerful consoles. Early games got away with it due to their unique gameplay, but that is not enough to let it slide at this point. Either revamp the engine or dial it back, but figure it out Telltale, as it is becoming an annoying feature.

And yet, all of these elements never elevated Game of Thrones Season One beyond a mediocre feeling during my entire run with it. It had some moments that thrilled or left me shocked, but the distance between those moments were filled with lots of filler material and jumbled cuts between characters that never coalesced together into one solid product. It instead is something that is stuffed with promise and expectation, but achieves an average, middle of the road outcome instead.

Family Focus
Would you let your kids watch Game of Thrones? No? Well then you probably don’t want them playing Telltale’s Game of Thrones. It is just as violent, misogynistic and crude as the show and maybe even more so as you participate in most of the actions far closer than the show due to your interactions with the decisions. Adults and maybe late teens are fine in this playground, but just use the TV show as an accurate barometer as to whether you kids should play this one.

This review was prepared using retail PC code provided by Telltale, along with retail code on Xbox One provided by the reviewer. 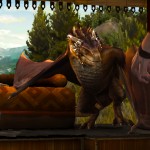 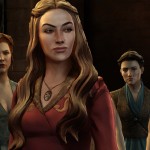 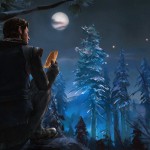 Learning How to Battle Monsters in The Witcher 3: Wild Hunt

Get Ready To Do Battle With Injustice 2 Legendary Edition 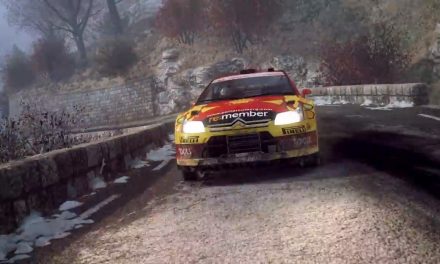