Sitting down to play We Happy Few, I had already conjured a thought as to what the game would be like, based on my viewing of its reveal trailer at E3 2015. At that time, I had pictured this game as a Gone Home type experience, a game where you would walk around and explore the environment. Sure, I grasped that there would be some form of combat in the game, but I never thought of it as being a focus. Just a well thought out and stylized world for one to enjoy and explore until you discover its conclusion.

In practice, after a half hour of play, We Happy Few is about as opposite from that ideology as cats are from dogs. We Happy Few is more about survival, making the most of what you have, while scrambling for more resources. Combat rears its head, and when it does, it can be violent, destructive and tense. Not exactly what one will find in Gone Home or Firewatch, but it seems to be the direction that Compulsion Games decided to go forward with in its second game after the somewhat flawed release of Contrast. As with Contrast, We Happy Few is a unique experience, giving more substance and design to a survival styled game. Sure, the survival genre has been with us for some time, but how many survival games have art that looks like it exploded off the front of the Yellow Submarine album cover. We Happy Few is a title that looks great at this point and might be the hook that brings people in to see the rest of the title. But enough about me telling you concepts and maybe give you a bit about how the game plays, because survival games are defined by their mechanics.

We Happy Few started off easy enough, with our character stuck at a desk, seemingly editing the news of the past. Compulsion would not give much about the set us, as to why we are changing the history of the past, but we knew that we were in the former British Isles and that some event had taken place that moved everyone into the world of Joy, where you take Joy pills to keep you happy and hidden in the illusion of everything being normal. At some point during the rote tasks of the day, you are asked to come and join in a party. The party soon becomes an eye opening experience as you are found out to be off your Joy, seeing the world for what it really is and not behind the faÃ§ade of the medicine provided by those in power and in a chase for your life.

This would be the point where We Happy Few would make its sharp right hand turn from adventure game towards survival. Escaping the office, players are thrusted into the land of the Downers, a procedurally generated land of dilapidated homes, paranoid people and demented police patrollers. It is a harsh place that is unforgiving and we started to get introduced to the survival mechanics. First came health, followed by thirst, hunger, sleep and bleeding. Poisoning can also come into play, but this affects both your health and thirst.

Now, I am not a big fan of survival games, but I understand them well enough, and here with We Happy Few, all of the timers for each category seemed to run very fast. I could be wrong, but it seemed thirst even when working with a completely full belly of water, it would be about three minutes later and my thirst warning would start coming up. Same goes for all the other warning meters. I seemed to spend more time working on finding a bed or a clean source of water than I did exploring or talking to civilians.

Combat comes along quickly in the world of We Happy Few with both civilians and police teeing off on your character fairly regularly. Civilians will be automatically suspicious of your character unless he is wearing clothing more â€œof the peopleâ€, while police will attack anyone that commits acts of violence or has been reported of being off their joy. Weapons can be difficult to find in the beginning, requiring once to use their fists to solve combat, but later things like cricket bats, sticks and more can be found to wreck shop on enemies. Weapons will also degrade over time, although it was unclear if weapons could be repaired or if you just had to replace them over time based on when they decided to break. There was not much warning on when a weapon would break, except a small text warning in the upper right hand corner of the screen. Nice, but can be lost when combat is coming fast and frequent. I for one had a simple fight between two people expand into me having twelve bodies stacked on the floor and me questioning my motives of stealing a cricket bat.

As my time ran short and I was soon overcome by a mixture of a half dozen police, hunger, thirst and bleeding out, I could not place exactly how I felt about We Happy Few. Personally, I wanted more of what was going on in the very beginning and a lot less of what happened outside in the world of the Downers. Itâ€™s not that the game is bad, but the game that We Happy Few has become is not what I expected in the beginning. There is still time, and we did see a very closed off part of the game world, but I hope that we get more exploration and a little less survival. That said, I do love the style and look of We Happy Few and that might be enough to bring a lot of people to the table to experience this new property.

People can put together their own opinions later this summer as We Happy Few is coming to the Games Preview Program on Xbox One and the game will also be a Play Anywhere title, allowing you to buy a copy once and play it on both PC and Xbox One. 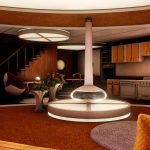 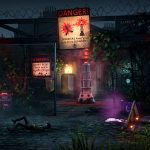 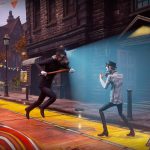 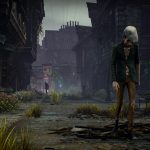 The expansion for Guild Wars 2 is out now!

The Spyro Reignited Trilogy is out now!

Celebrate the launch of Tekken 7 with a new trailer!