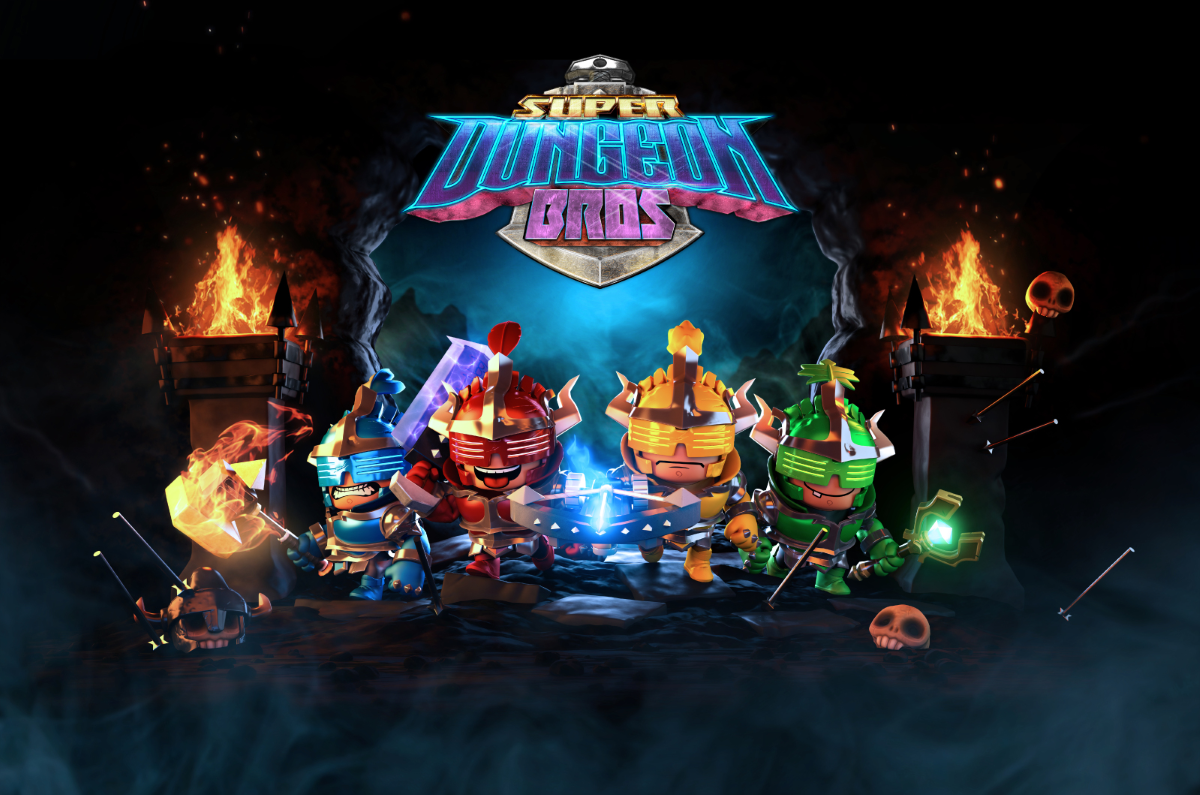 Sent by the Gods of Rock to explore and plunder the dungeons of the realm, Super Dungeon Bros follows the adventures of four heroes: Axl, Lars, Freddie, and OzzieÂ (characters obviously named after some of the biggest names in heavy metal music), as our heroes explore the rock-themed realm of RÃ¶kheim. TheyÂ dive deep into the worlds of Cryptheim (an underground dungeon complex), Chillheim (a brewery built upon a natural brew geyser), and Bogheim (a sprawling jungle filled with poisonous plants and animals).

These heavy metal heroes will never rock the same dungeon twice thanks to the random room generation AI, and near-endless dungeon combinations!

From the get go, Super Dungeon Bros. clearly gets its inspiration from the Diablo-esque dungeon crawlers which areÂ a dime a dozen no matter which platform you look at,Â althoughÂ usually, the genre is bland with its darker colour palette. Super Dungeon Bros., jumps out with the vibrant protagonists and heavy metal themes.

Super Dungeon Bros. is a co-op experience; both couch and online co-op is available, andÂ even though you can play as aÂ single player mode, the multiplayer is vastly superior.Â Battling together against hordes of enemies is enjoyable; you can even throw each other about either at enemies or if you wanna be that guy, off cliffs.

The dungeons themselves are eye-catching in the more royal areas or when you’re casting your flashy spells,Â but otherwise they can rather dull and dreary. I know you could argue dungeons are supposed to have a dark and damp aesthetic, but with a dynamic cast, I kind of expected a colourful approach to the dungeon design. Still, this is impressive considering the low budget for the game. The dungeons haveÂ annoying traps and obstacles, which range from spikes and pitfalls which hinder your adventure

The combat in the game is separated into two types, ranged and melee. Ranged weapons consist of staffs and crossbows, whilst melee weapons range from hammers and swords with attack types between light and heavy.

Unfortunately, the combat isn’t too great, I’d say it’s serviceable at best. Whilst performing light attacks, your character is seemingly stuck in place which allows enemies to just scurry away, but the heavy attacks are no different from light attacks in terms of damage.Â The special attacks don’t seem to regenerate as you progress through the dungeon either, or as you cut down enemies; it seems the only way is to buy an item from the merchant who may or may notÂ appear on your journey.Â And considering the dungeons are random, this isn’t very useful.

Even though, you find yourself duking it out against the occasional mini-boss or boss, for the rest of your adventure through the dungeons, you’re left fighting against the typical small fry skeletons and floating eye enemies. They provide no real challenge, even when they attack in mobs, whether you’re in single-player or multiplayer, the challenge will always fall short of your expectation.

The multiplayer of the game is best played through the local co-op, as the online aspect has severe problems. ItÂ has trouble matchmaking, and if it succeeds in finding you three partners, the game may not even load,Â leaving you all sitting in the lobby until you decide to quit to the main menu. I highly recommend you get a few heavy metal bro or broettes of your own over and enjoy the local co-op rather than queuing in an endless lobby. I don’t hate what I played of Super Dungeon Bros;Â it’s creative in bringing a fresh face to the basic Diablo formula, I haven’t seen such a fresh facelift of the formula since my encounter with the Persona series. But overall, it falls short on the delivery with repetitive combat and with an online co-op that half the time doesn’t succeed in matchmaking.

Disclaimer: This review is based on a review code for PlayStation 4. The code was supplied by the developer for review purposes. 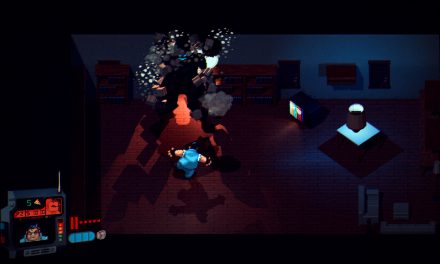