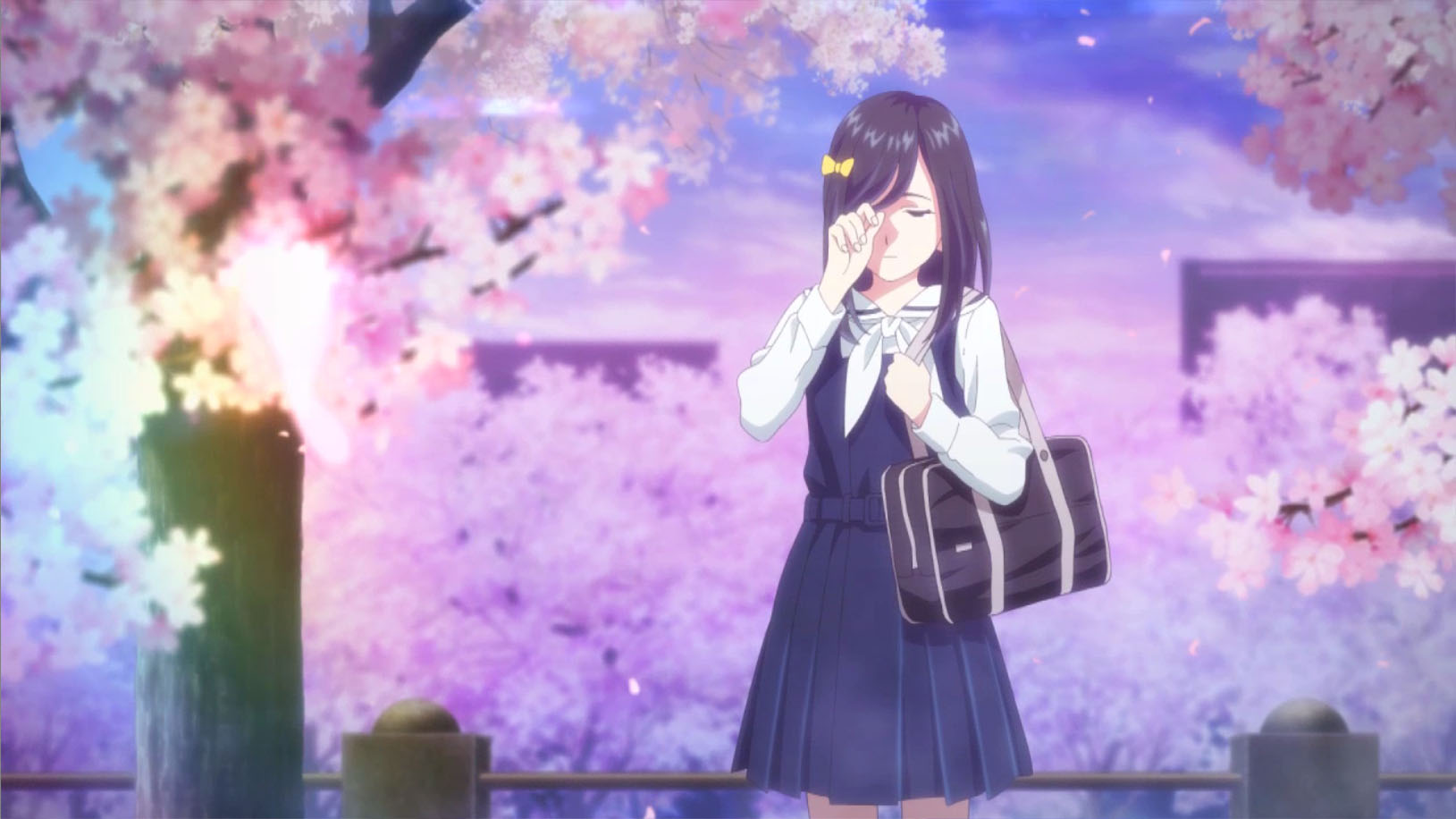 Visual novels are a tricky medium. They’re wildly popular in Japan, but have barely made a dent in the gaming market after the early 2000’s point and click obsession. They require far too much reading for the average gamer, and the translations are often less than stellar. It takes talent to spin a plot for ten hours when you’re doing nothing but clicking away at the scenery, and a damn interesting story to keep readers in front of the TV. Root Letter does all of that and then some.

Root Letter, at its core, is a mystery novel. Who exactly is the pen pal Takayuki was corresponding with, all those years ago, and why did her final letter confess to murder? He sets out to find her, only to discover that the pretty town of Matsue is hiding dark secrets that the people aren’t willing to give up easily.

The gameplay is pretty standard visual novel fare. You point, you click, you choose dialogue options, and you interrogate some poor person every once in a while. It’s an old method, but it works – the scenery is expertly crafted and has a lot of neat little details hidden away and waiting for you to discover. It’s also got the nice balance of seeing just enough – you appreciate the environment, but don’t get bogged down with sensory overload. They’re gorgeously lit and coloured – Matsue lives and breathes, indeed. There’s also a Phoenix Wright style interrogation phase, which shows up every chapter or so, to grill people for info. This is cool but pretty confusing – sometimes the responses feel way out of left field, but thankfully the Hint option flat out tells you what to do, instead of being cryptic. The sprites, too, are unusually detailed for a Visual Novel, and there’s a lot of NPC variety. Mostly for the men, I was quick to notice – there was a lot of rather obvious palette swapping for the women, but the main characters are a good mix. There’s no same-facing for the characters you’ll be spending a lot of time with, though I did wish they had a little more emotional variation than “shocked, angry, and happy.” It’s an anime art style for sure, but it’s not obnoxiously off model and over done. It’s nice, it’s simple, and actually reflects a lot of the characters’ personalities, which is a great way to convey that kind of thing than through awkward exposition.

I’d also like to address the translation, too, because that’s something that can beÂ reallyÂ hit and miss in visual novels, and pretty much in any translated work. I know a lot of the time, certain things flat out don’t translate across, which is why you get odd nicknames in place of honorifics (compare FullMetal Alchemist’s constant harping of “Big brother!” or Fruits Basket going with “Sissy,” as opposed to Higurashi opting to keep “Nii Nii,” as Satoshi’s nickname), or the Kansai dialect being dubbed as an Australian accent. Root Letter, on the whole, doesn’t fall into this trap. The dialogue and prose are surprisingly fluid and natural, without the awkward clunks. Now admittedly, there are things like this (Click for larger image):

The nicknames don’t really translate well. Monkey has some unfortunate connotations, Fatty sounds more like an insult, and was Bitch meant to imply sassy? I don’t know, but it’s a bit of an odd choice. Apart from tiny things like this (there’s one amusing scene where a lady, for whatever reason, has named her cat “Chemical.”) the translation holds up remarkably well. It balances humour and serious things in equal measure, and the dialogue is never boring to read. The only minor issue I had was solely Japanese voicing, which is admittedly expected in such a niche title. However, the UI is beautifully presented, with bold, clear font that was very easy to read, so major kudos to Rice Digital for that.

Now, one thing IÂ reallyÂ want to praise the game for is its pace. Root Letter’s plot and it’sÂ ending may not have been as dramatic as I’d liked, but the pace was fucking masterful.

There is a mystery in Matsue. Everyone you ask says Aya Fumino does not exist. There is no war in Ba Sing Sae, and there’s no girl around here called Aya. Something odd is undeniably going on, and everyone you speak to, including her group of friends, is extremely reluctant to cough up this info. There’s nine chapters, roundabouts, that’ll take roughly an hour each, and I was very pleasantly surprised because I was expecting one hell of a 20-hour slog. Root Letter keeps things moving, and there’s no chapter where simply nothing happens, and likewise, there’s no filler to drag the plot down.

I seriously thought we had some Higurashi murder plot going on here. I was fairly convinced until the last few chapters that there was some earth shattering secret being hidden here, and it was going to end really, really sadly. Without giving away the ending, the dark tone Root Letter tries to convey in its trailers isn’t there for the true ending, which I’m in two minds about. On one hand, I am a sucker for a happy ending because I get far too invested in my fictional characters, and on the other, you can see why I’ve been watching Higurashi of late. Mysteries like this are really damn good for dark storylines, and I think Root Letter had the potential to beÂ reallyÂ dark if it wanted to, but don’t we have enough of that in the media? So a happy ending is a nice change, I think, but I would have been in no way opposed to a blood and guts ending.

ThereÂ areÂ multiple endings, though – five in total. Crossing Paths is the one I got on my first run, and Bond of Marriage is the canon one. These are the only two that feel fleshed out; the other three (Alien, Princess of HimegamoriÂ Forest, and Cursed Letter) remind me of the Silent Hill UFO endings rather than anything to be taken seriously. I feel Cursed Letter could have been my horror ending, but I can appreciate it would have been a lot more time to animate/write/voice. The letter replies you give affect the ending you get, so the game lets you skip chapters upon replaying the story, so you answer the letter, then move on. The multiple endings, therefore, are pretty easy to get, with the Force Skip option (triangle, then R1, FYI), but for some reason, you have to replay Chapter 8Â every damn time,Â which got old after five tries.

Nonetheless, Root Letter? Solid 9.5 out of 10. I highly recommend it.

This is kind of weird. It’s only a 12 in Europe but managed to hit an M rating in the US, for swearing and still scenes of attempted rape and suicide (a girl pinned down, the a knife being held to a wrist, and a pool of blood). While there are some mature themes and bad language, I say a 15 is a good middle ground.

Disclaimer: This review is based on a retail copy for the PlayStation 4 purchased for the purpose of this review. 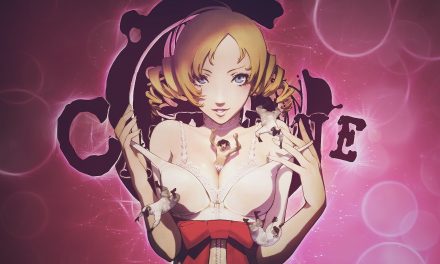 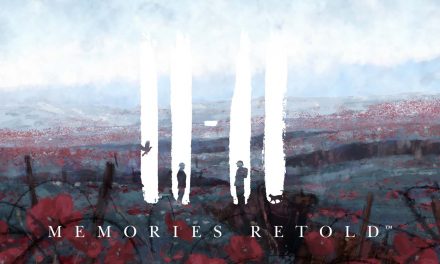 Do You Know When The First World War Began?