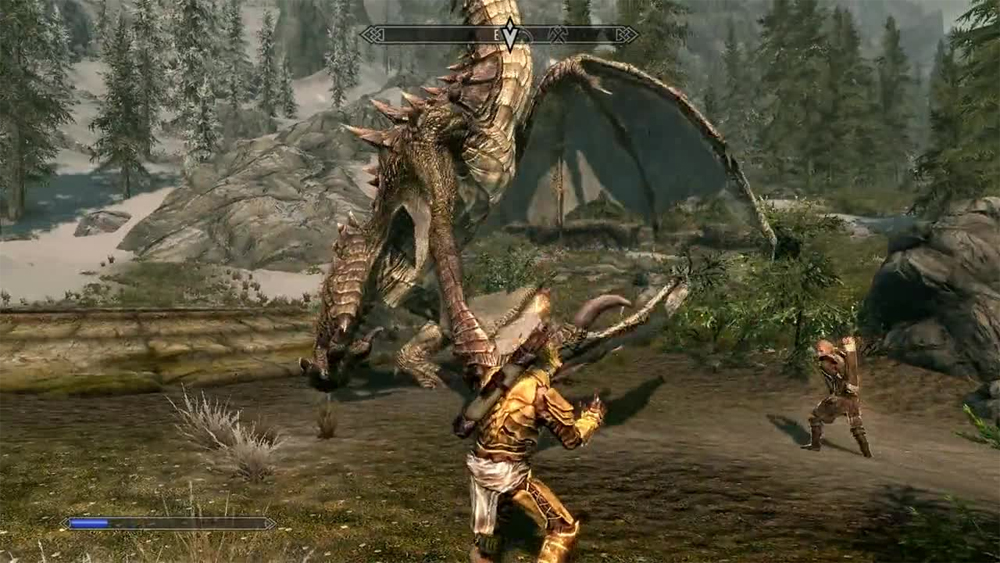 While not a direct sequel, The Elder Scrolls V: Skyrim takes place 200 years after the events of The Elder Scrolls IV: Oblivion in Skyrim, a province of the Empire on the continent of Tamriel, which is host to a massive war between the Stormcloaks and the Imperial Legion. The game’s protagonist, a soon-to-be-Dragonborn, is set to be executed until he (or she) manages to escape when a dragon named Alduin decides to cause havoc and pretty much destroy everything in its path. As the first dragon created by Akatosh and prophesied to consume the world, Alduin; the game’s main antagonist. As he’s summoned by the Greybeards to fulfill his destiny to become a Dragonborn our nameless hero learns that he must take down Alduin once and for all. Don’t be fooled by the summary above; the game is very light on story.

In case you’ve been living under a rock for the past 5+ years, Skyrim is an open world RPG filled with quests spread across a massive map where players are free to roam and explore. Beware, however, as if you wander into certain areas underpowered, you will find frustration and a swift death. One the key positives of Skyrim is it’s vast open world. Players are free to roam and tackle the main story or available side quests as they see fit. Exploring the map will open up new quests, and as players wander the land, they will face a variety of enemies, from crabs to giants.

In order to survive the wild of Skyrim, players will have to defend themselves. The game features a bevvy of weapons. Single handed weapons such as dagger and sword, double handed ones like giant battleaxe or for those who like to keep their distance, they’re are a few bows found throughout the game. As you’d expect the bow does less damage than melee weapons, but they allow breathing room between you and your assailants. Double handed equipment will deal more damage, but will take a few seconds to wind up your attack, leaving your character vulnerable. Single handed gear is the just middle, damage wise, and it allows players to equip a shield for added armour. Thankfully, blocking does come quite handy, even with a double handled weapon in tow. Problem is, melee combat feels clunky and oversimplified at times. Attack, back away while blocking, attack, back away while blocking; over and over. Additionally, skills will also approve as the game progresses along. The more players use double handed weapons for example, the more efficient their character will become with these big weapons. This doesn’t make for a fun experience, it made me avoid combat as much as I could, which is a bad idea in an RPG. That was until I finally uncovered Magicka. Using magic was such a blast; burning spiders was some of the most fun I’ve had.

Hitting the sweet note when doing an attack will switch perspective and your character will execute a one hit kill or finishing move. Which would be awesome… if it wasn’t a Bethesda game with hilarious glitches. Of all the times I pulled one of those off, it never looked awesome. It looked clunky, sluggish and hilariously bad. The main gripe I had with Skyrim is the navigation. Instead of a simple mini-map at the bottom of the screen, Bethesda opted to implement an confusing compass at the top of the HUD. This kind of game really need a standard mini-map where setting up a waypoint would create a path for players to follow. While I do understand the compass can encourage players to explore by discovering random spots as they make their way from point A to B, it can make things frustrating for those just wanting to focus on the main quest. While trying to reach certain destination, with such vague direction, players can bang their nose on an unclimbable mountain and be force to go around it. Additionally, the world is often bland and dead making walks tedious; stealing a horse a required, although not that much more efficient. Thankfully, once you’ve explored areas, you can fast-travel back to them.

Visually, the game is far from impressive. While I fully understand this was a last-gen splattered with a coat of polishing for HD purposes, obviously Bethesda didn’t go to great lengths to polish character models and such. Characters from Gamecube version of Resident Evil REmake looks better than any character in this game. This kind of “HD,” port reminds me that this trend of remastered games, while a cheap way for developers to make money, needs to stop as money and manpower could be better spent on new projects. The game looks fine but nothing that will compare to what we’ve experienced thus far this generation. On the complete opposite, the soundtrack still shines to this day. It’s a beautifully crafted orchestral soundtrack that feels majestic. I could easily put down the controller for a few minutes and just listen to the score. The voiceover work is quite laughable. While I fully understand this game’s story isn’t what brings players to the table, a few more efforts could’ve been done in that regard.

The best way to I’d describe Skyrim? Simple. Playing Skyrim after playing The Witcher 3 is like eating McDonald’s after eating at a five star restaurant: Sure, you ate, but you want something much better.

Much like the devilish Alduin, The Elder Scrolls V: Skyrim Special Edition is a tough game to tame. RPG aficionados are sure to revel and lose hours on end walking through Skyrim in order to discover every possible quest and max out every possible skill. Depending on the gamer, it can go either way. I know of people who have spent 500+ hours (and counting) playing this game. Unfortunately, I found it a bit tedious and bland.

While I certainly appreciate the sheer of amount of things to accomplish, this remaster was a bit unnecessary. It feels like Bethesda made so much efforts on the content and vast open world, but neglected other aspects such as melee combat and developing an interesting story. The game is still filled with glitches and is visually sub-par compared to some of the gems we’ve gotten since this generation began 4 years ago. Here’s my take on it: if you’ve played the original and are in dire need of a return trip to Skyrim, you might as well just fire up last-gen’s copy. Those who fancy something new and want to know what the fuss is about, then by all means. If you value story and overall quality, you might want to grab The Witcher 3 instead.

The Elder Scrolls V: Skyrim Special Edition is rated M for Mature and PEGI 18 due to presence of blood, gore, intense violence, sexual themes and use of alcohol. 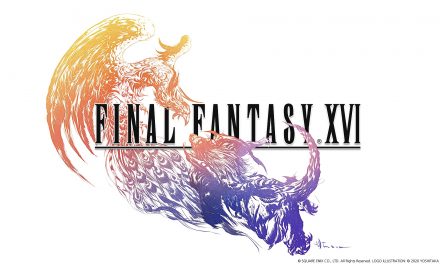 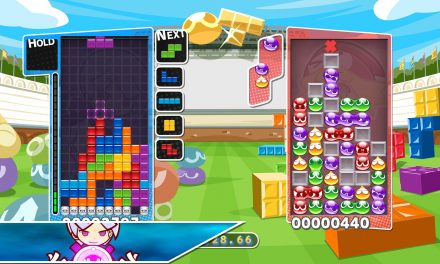 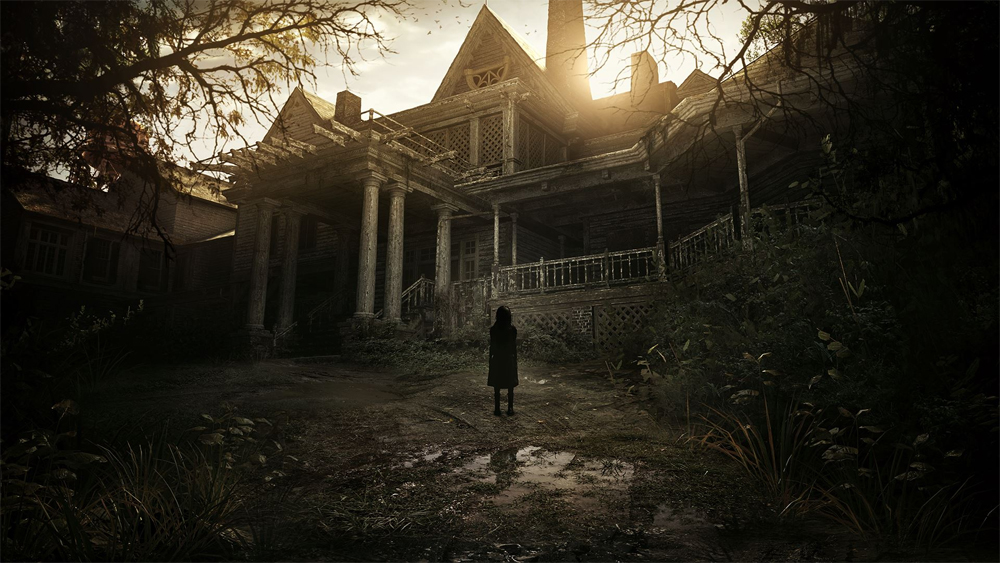 Everything Wrong With Resident Evil 7