When I was studying at college, one of my classmates told me they were going to spend the summer in Bolivia, working at an animal sanctuary. This, embarrassingly, was the first time Iâ€™d ever heard of Bolivia, and it seemed like a magical place, ripe with endangered animals and jungle canopies.

Itâ€™s been seven long years since I finished my A-Levels and in 2017, Bolivia popped up on my radar once again through the latest Ghost Recon title: Wildlands. Whilst the game doesnâ€™t feature endangered animals, it does play host to a ridiculously large open world in which you tackle the socio-political crisis ravaging the country. You do this as either one member of a four-man elite team of ghosts, or â€“ if your friends havenâ€™t purchased the game yet â€“ one soldier who is accompanied by three lunatics who have broken out of GTA Online.

The overarching objective of Wildlands is to destabilise the highly organised Mexican drug cartel Santa Blanca, who have taken advantage of the legalised production of cocaine in Bolivia. The cartel is led by the religiously fanatic, and brutal leader â€œEl Sueno.â€

The plot of the game seems reactionary to the success of the “Narcos,” television series, and whilst the story doesnâ€™t hit the heights of the show, it approaches the tentative subject of an American presence in South America with respect â€“ mostly. The conversations between your team of four, as they discuss the history of CIA operations in South America, transform the mission into a rather ambiguous one. You are not simply playing the brash American action hero, shooting foreign enemies and planting an American flag; instead, you are shown the ramifications of global intervention. Actions work as propaganda that creates further support for criminal organisations, and the distrust that grows for America throughout the whole region because of this.

However, whilst there is some interesting dialogue, there are overwhelming primetime television aspects to the script; quippy one-liners that miss their target, classic â€œbanter,â€ between you and your squad, and stereotypical phrases from enemies. TheseÂ all work to leave something of a sour taste in your mouth, as it strips away the layers of realism that the game achieves in places. Iâ€™m not suggesting that the game be chastised for trying to alleviate the subject-matter, or develop the characters with humour. Itâ€™s simply a common drawback of creating a game thatâ€™s accessible and enjoyable for a wide audience.

You disrupt the cartel’s movement through various means

As mentioned, the main objective of the game is to dismantle the Santa Blanca cartel and eliminate â€œEl Sueno.â€Â In order to deal a lethal blow to theÂ leader, you must first go about taking down the four key operations of the cartel: smuggling, production, influence, and security. Each of these aspects are overseen by a cartel boss, meaning that to reach that target, youâ€™ll have to go about disrupting the grassroots of the organisation.

The objective, theoretically, is one of variety and depth that allows for tens of hours to be poured into the game. And whilst there are a lot of missions to undertake, sadly, the variety of the actual missions is lacking. Sure, the objectives differ, sometimes youâ€™ll have to steal a car, or hack a computer, destroy a cocaine lab, and so on, but the approach to each mission is pretty much the same. Â Youâ€™ll reach the location and, depending on your play style, either spend some time scouting the area and infiltrating the site silently, or rocking up in a jeep and proceeding to shoot as many enemies and creating as much mayhem as you can.

A good example is the side missions, in which you carry out tasks to strengthen the occupied rebels through intimidation and hijacking vehicles. However, the side missions, more so than the story missions, provide minimal variety. Instead, they quickly become a simple means of acquiring resources to spend on skills, which really is a shame as the side missions could â€“ and should â€“ have been an opportunity to explore and develop the role of the rebels within the setting and story.

Whilst the game affords players freedom in their approach to the gameplay, the lore surrounding the Ghost unit suggests that a stealthy approach is the intended aim of the game. Either you attempt to infiltrate areas and complete your objective by only killing necessary targets, or you attempt to leave no cartel-affiliated witnesses alive at the scene. The inventory provides you with the necessary equipment to carry out a stealth based operation well, with binoculars, drones, gun suppressors, and night vision all standard equipment at the start of the game.

The tools at your disposal quickly become more expansive as new weapons and accessories can be found all around the map. In addition, skill points can be used to purchase thermal vision, grenades used for distractions, and a host of improvements to your drone much like those in Watch Dogs 2 â€“ as your drone can be used as a distraction, weapon, or medic.

The means to progress are straightforward; complete missions, side missions, or tag supplies that you find scattered across the map. Thereâ€™s also a huge variety of weaponry to explore in the game, so if stealth isnâ€™t your cup of tea, the chances are youâ€™ll find something that suits your playstyle in the gameâ€™s catalogue.

The game allows you to play through accompanied either by three AI teammates or by working as one member of a four-player team via online multiplayer and whilst both options work seamlessly, they do pose a few issues.

First off â€“ the AI. The squad that accompanies you certainly live up to their elite soldier status. When you coordinate attacks via a synch-shot â€“ a tool that allows you to assign different targets to each soldier â€“ the AI will never miss, meaning that itâ€™s fairly straightforward to complete a mission without having to enter into a real firefight. That being said, there are times when the AI â€“ specifically their movement â€“ can leave much to be desired. You can order your team to specific locations, or make them wait for you to scout ahead. However, if you need them to make a short trip to your position, there’s a good chance that at least one of them will casually stroll through the one area thatâ€™s swarming with enemies and proceed to totally fuck up your stealth-based approach.

The single player option really isnâ€™t the way the game is supposed to be played. At its heart, Wildlands is a multiplayer game. The only problem with this is that, to be a good multiplayer game, youâ€™ll need three other friends who own Wildlands. And as the game is still very much in its early days, chances that you and your friends already own a copy are pretty slim. The game seeks to address this by including public matchmaking for all online players.

The issue with the public matchmaking is that, if youâ€™re anything like me, youâ€™ll be a little reluctant to converse with strangers â€“ much less order them around. This radio silence gives way to a highly disorganised, and usually highly destructive, four man team who donâ€™t really do much else apart from running around, wildly shooting whatever you see.

After a series of unfortunate fuck-ups, my adventure in multiplayer left me with a lot to think about as I lay there dying.

Until you have a good squad to work with in the game, it seems that the multiplayer will quickly devolve into a tropical GTA Online. And whilst the multiplayer may not be in its ideal state in the early stages of the gameâ€™s release, the matchmaking, and switch from single play to multiplayer is very fluid. As long as you have a decent internet connection, you wonâ€™t be waiting longer than a minute to join an online team.

As is the case with many Ubisoft games, whilst the gameplay is perhaps lacking in places, the environment players inhabit is simply stunning â€“ and Wildlands is no exception. As you traverse the massive open world â€“ the biggest created by Ubisoft yet â€“ youâ€™ll be treated to some stunning views and environments. Whether youâ€™re travelling on foot, driving, sailing, or flying, itâ€™s never going to feel like an effort to explore the map.

However, whilst the game does boast a diverse ecosystem, I found that the scenery of the game quickly bleeds into itself. The small outposts, villages, and cities tend to vary only in layout, whilst the barren fields and mountain roadsides are a feature that pops up so often that youâ€™d be forgiven for thinking the map is only a fraction of its actual size.

With that being said, at the time of writing this review, Iâ€™ve only seen about half of the map and whilst Iâ€™ve seen a lot of what the environment can offer, there is still a lot to be revealed about the game.

Overall, Wildlands offers an intriguing story, gameplay mechanics that gives way to deep strategic thought, a multiplayer which allows for an in-depth communication and planning for your team, and an expansive open world full of varied terrains and structures. Yes, the game offers a lot but doesnâ€™t manage to deliver on all fronts. Perhaps the biggest downfall of the game at this time is the multiplayer and I believe that, if sales of the game are good, a cohesive multiplayer will do a lot to improve the surrounding aspects of the gameplay â€“ until then, Wildlands is a fun game to play but doesnâ€™t hit the heights it is capable of.

The game is rated “18,” in the UK and EU, and “M,” for mature for the rest of the world. The game contains strong language and violence.

Disclaimer: This review is based on a retail copy of the game purchased for the purposes of this review.Â 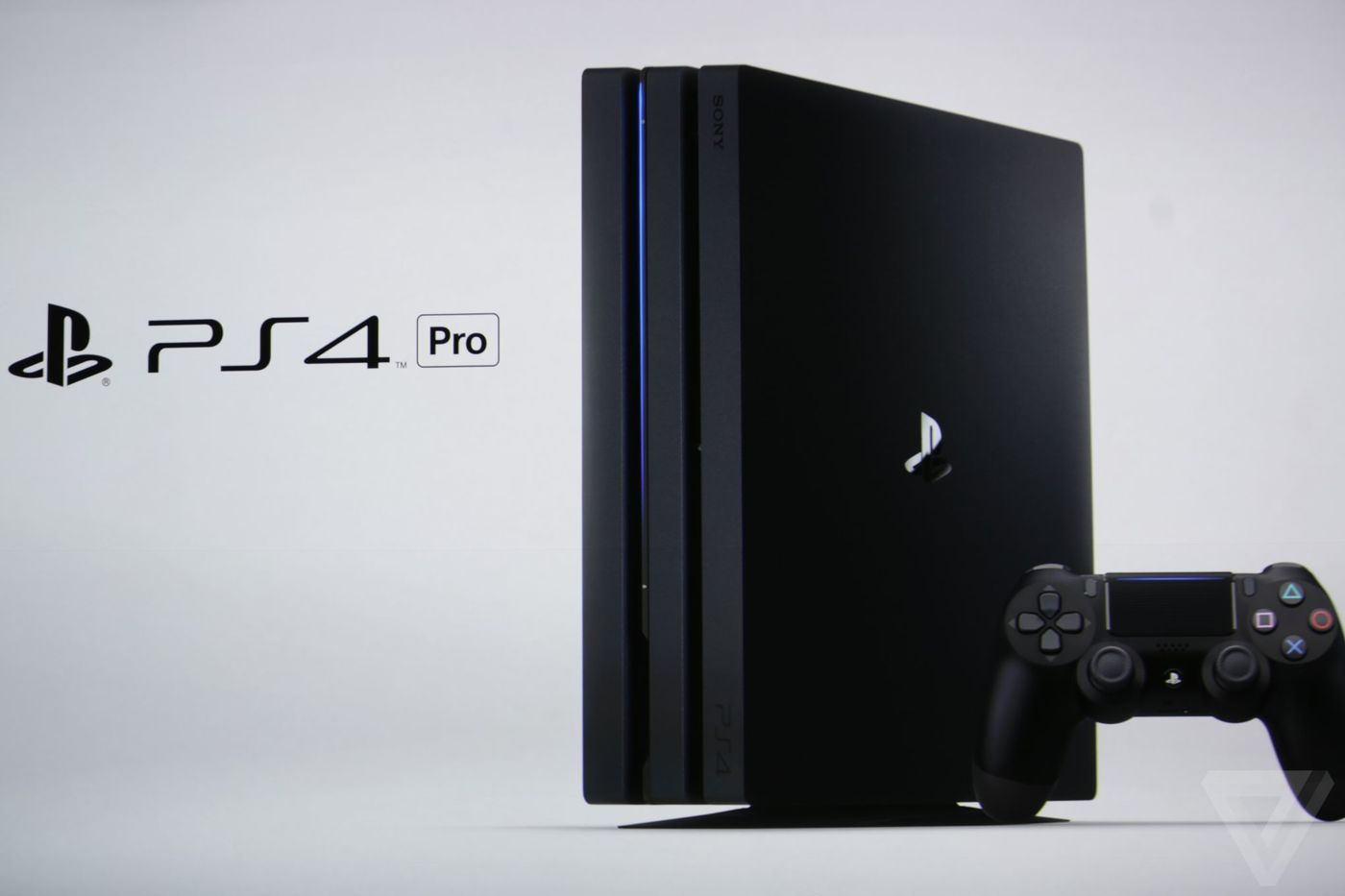