Cities Skylines is the gift that keeps on giving if you’re a fan of city builder games. A while back when the game first launched, I was gushing over it with my love for a game that is worthy of sitting at the top of its field. Sim City, eat your heart out.

Since then, Colossal Order has been steadily adding more and more tools to create your perfect city, packaged together in DLC expansions. Alongside these DLCs, a free patch is typically released in tandem to ensure that even if you don’t take the plunge on the extra tools, general updates are not lost from you.

Before I dive into the expansion, let me highlight what is going to be included as a free patch when the Mass Transit DLC launches:

Other various tweaks will also be part of a free patch.

Now that’s all out of the way, what does the paid for expansion get you?

The Mass Transit expansion will provide you with new transport options to deploy in your city, as well as some multi-function units that connect various transport modes in one place.

Think of the expansion as adding a few new brushes to your toolkit, allowing you to get your city closer to the ideal utopia that you’re dreaming of. Especially if that utopia happens to include monorails, ferries, cable cars and blimps. Here in the originally-named city BruTown created for this review, I’ve added in a monorail (monorail…monorail…) line with a station all above a section of road. Lines are drawn much like other metro services in the game and monorail track can also be laid off-road if it tickles your fancy. It’s the one metropolitan transport medium that you can’t take underground, however.

There are a few different types of stations for the Monorail. You have the above-road station above, a next-to-the-road station like other train stations, and two interchange stations which are a new feature in this expansion. One station combines a bus station and a monorail station in one unit, whilst another combines underground, monorail and heavy rail lines into one large station complex.

Here is a combined interchange station for monorails and buses.

Also new in the Mass Transit expansion are ferries and blimps. These are slightly different to other transport mediums in that you have to draw pathways for boats and blimps to follow before drawing your lines. They also require matching depots for the vehicles to be maintained when out of service. Some of the policies for your city can take advantage of the blimps. If you like, you can promote a good education on the side of your blimps to encourage citizens towards being more strongly educated through BOOKS. Cable cars are also a new inclusion with this expansion to connect higher terrain or districts across rivers. These don’t require lines to be drawn and have either end-of-line stations or open-ended stations for any intermediate points along the route.

Back in BruTown, I decided to do away with bridges and have a cable car instead… The last major component comes in the form of extra units for heavy rail stations. Two new stations have been added, both containing a whopping twelve platforms. Much like the cable cars, one is a terminus-type station whilst the other has open-ended tracks for routes both in and out of the station. If you fancied having a go at recreating cities that rely massively on heavy rail (London and Tokyo immediately come to mind) then these will be instrumental in your development. Of course, Cities Skylines is a bountiful playground for modders and these units will also prove to be useful templates for creating various modifications in-game. It didn’t take long for London Underground stations and trains to reach Cities Skylines, so I’ll be looking forward to seeing what mods are made for the larger rail stations and the monorail stations!

When you dive into the expansion, there’ll be two kinds of ways to enjoy the new content. The first and obvious method is to dive in with your existing city and add in the new units that tickle your fancy. Another is through the use of pre-built scenarios that require a bit of thinking to solve traffic or passenger flow problems. The scenarios weren’t live at the time of writing but should prove to be a great way to jump in if you just wanted to muck about with the new tools before applying them properly.

As I mentioned before, expansions for Cities Skylines should be viewed as adding extra tools as that is the main crux of what you’re receiving in return for your dosh. If your city-building pencil case was in need of a few extra pencils to help you add to your beautiful masterpiece, then this will be a fantastic addition if you are already well invested in the game.

Cities Skylines is rated PEGI 3 in Europe and E for Everyone in the Americas. Whilst there is nothing of an offending nature in the game, the detail the game demands and provides will likely be a lot for an early youngster to dive into. 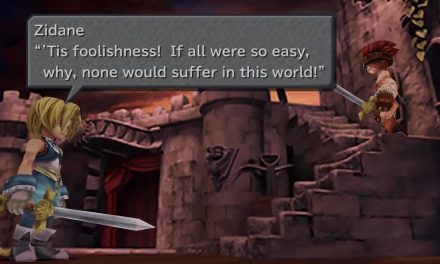 Behind The Scenes Of The Making Of Final Fantasy 9