It’s the calm before the Stormblood

Early access for Final Fantasy 14’s latest expansion, Stormblood, is nearly upon us. The busy Moogles over at Square Enix Towers are preparing the servers ready for the game’s latest expansion as those who pre-ordered get an early taste ahead of the launch on June 20.

As if to tease us that last little bit, the patch notes give us some final slivers of information on what to expect as we first venture out into the Far East.

Before we dive into that, did you know that there was a Chocobo wandering around London today?

(EU/UK) A portal to #Stormblood has opened at Southbank (Observation point). If youâ€™re in London today, go check it out before 3pm (BST)! pic.twitter.com/3x4CbTrl7h

Anyways… let’s share with you some interesting tidbits from the Patch Notes. As you may already know by now, Stormblood focuses on two key new areas beyond the realm of Eorzea: Doma and the Japan-inspired Kugane. The latter is treated with an especially nifty new housing area that befits the theme.

Shirogane will offer adventurers the chance to set up digs in a new place, but not straight away. Adventurers will be only be graced with the ability to browse for the time being. Sales of plots and apartments will come in a future update that I reckon will be not too far behind.

Mounts will have the Need for Speed Traversing Eorzea can certainly take a while if you’re travelling long distances. Thankfully patch 4.0 will bring in progressive speed boosts to your mounts in certain areas. Note the word “progressive” there. There are two stages to the buff that you unlock after completing certain quests. Not every area gets the chance to have double the speed buff though. They go like this: Wait, WHAT? I had lots of those!

That was my intial reaction, but thankfully my worry was only shortlived. Back during Fan Fest, I was midly amused with the fact that one of the goodies was a USB stick fashioned in the form of an Allagan Tomestone of Poetics, the currency for end-game gear during A Realm Reborn. It turns out there was a slight nod to Stormblood in there.

Witness the glory of the floating numbers. Look into them and see your true destiny of not looking at them and wiping many times.

PvP gets its own hotbar

This is pretty neat for PvP-ers.

When you enter a PvP area, the PvP hotbar will automatically switch over. The whole interface will auto-matically switch to match the mode, even blessing you with a PvP-specific profile page.

This will keep the management of your hotbars nicely compartmentalised, as you have your perfect PvP set-up completely separate from your dealings in the normal PvE world. I think this will be really useful when adventurers dive in to Stormblood.

As an added bonus, the menu system has its own dedicated PvP section with a specific character profile page for PvP, to also aid in perfecting that ideal build for taking on your fellow adventurers.

But what about those new classes? And ooh, there must be some fancy new skills for my Black Mage, right?

Of course there is! They do get a mention in the patch notes, but the real meat of the details is in a yet-to-be-published job guide. So I’m afraid we’ll have to wait a little bit longer for that.Â That will be released when early access goes live on Friday June 16.

One thing that’s worth reminding you about the battle system though is a gauge bar that popped up quite a lot in the recent jobs video above. Some abilities appear to consume some energy from these bars to deal extra damage. I’m not quite sure how best to describe them, perhaps supercharged abilities? It won’t be long until we find out though.

Early access kicks off on June 16 if you’ve pre-ordered Final Fantasy XIV: Stormblood. If you’re yet to pop your pre-order in for it then the general release of the expansion is on June 20. If you’re new to the game however, a mega-bundle with the game and both expansions will also be available for the PS4 and PC. 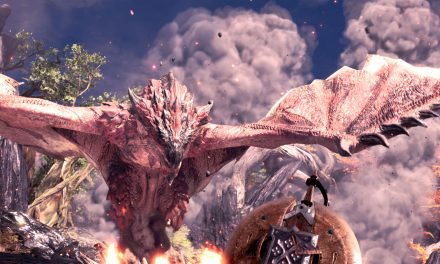 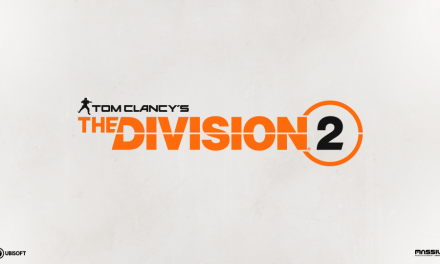