I think itâ€™s fair to say Iâ€™ve played far more Victor Vran in 2017 than I ever thought I would. I was lucky enough to play Victor Vran Overkill Edition during Haemimontâ€™s preview event of the game, and I even had the chance to speak to some of the development team, too. Yes, Iâ€™ve ended up playing a lot of this gothic hack and slash game; blowing up hordes of skeletons with grenade launchers, flattening spiders with hammers, andÂ never getting bored.Â This is a game that sinks its claws into you, making you mutter “Oh, just one more dungeon, one more tier, one more duel,â€ until the sun rises.

And itâ€™s simple to see why this game is able to reel you in and keep you playing. Whilst at its core, Vicor Vran is a pretty simple RPG, it offers a pretty compelling detective-like story which lasts a good eight or ten hours as you seek to uncover what malevolent force is at work in the city of Zaragovia . The game takes you through the various districts of Zaragovia, each with a distinct atmosphere built around it as you uncover more clues as to what has caused this catastrophic fall from grace. This is just one of the city’s vastly differing environments

As you make your way through the campaign, one of the standout features of the game is the narrator; his snide comments throughout the campaign are a startlingly welcomed breath of fresh air for the genre. And with the voice work of Doug Cockle â€“ best known for his work as Geralt of Rivia formÂ The Witcher series, Victor Vran quickly becomes the closest thing to a Stanley Parable and Witcher crossover.

The majority of the game is spent fighting off full blown hordes of enemies, and the quite frankly ridiculous selection of weapons means that youâ€™re always going to have a new kind of weapon to try. The equipment falls into two categories â€“ ranged and melee, and youâ€™re able to equip any two types to use on your travels, allowing you to mix and match with a variety of equipment until you find a set that works for you. I ended up sticking with a grenade launcher with a sword, but there are war hammers, scythes, shotguns, lightning guns, boomerangs, tomes for magic based attacks, and the Motorhead DLC even introduced guitars as weapons.

In addition to the weaponry, Victor is able to use demon powers; magical attacks that are powered by your overdrive gauge â€“ which fills up with each kill â€“ and release devastating attacks within a certain radius. The attack comes in handy during boss fights, but youâ€™ll rarely feel like you have to use it; it becomes more of a nice surprise to use when youâ€™re overrun with enemies.

Perhaps the best addition to the inventory are the Destiny Cards, which activate perks with offensive and defensive abilities, allowing players to release missiles when they deal a certain amount of damage, cards that increase health and absorb health from enemies when attacking, and cards that allow for you to change the way your overdrive gauge is filled. Itâ€™s a system that allows for a huge amount of customisation, meaning that you can experiment with different cards, so if youâ€™re playing online co-op or local co-op, or duelling with another player, youâ€™ll be sure that each Victor Vran is entirely different from your own.

Destiny cards offer extra perks to your health and attacks

Of course, being the Overkill Edition of the game means that you get a whole lot of extra content that, in the case of Victor Vran, these expansions offer a theoretical endless amount of content in the forms of Motorhead: Through the Ages and Fractured Worlds. The two expansions offer two different stories for the player to fall into, each with their own different gimmicks that are balanced well against the atmosphere and style of Victor Vran so as not to feel out of place.

Motorhead: Through the Ages introduces three new worlds for the player to fight through as they try to revive the dormant Snaggletooth. The worlds you explore are a total departure from the original Zaragovia of the main story, with the Wild West, Nazi Germany, and a medieval castle being ruled by three “Masters,“ who Victor must deal with in order to revive Snaggletooth. The expansion seeks to infuse the history of the iconic metal band into the expanding universe of Victor Vran, doing so through the recreation of album art and songs as bosses, and several of the biggest Motorhead anthems supplying a soundtrack for the many battles that ensue. The game offers a story that avoids the expansion feeling like a simple musical skin for the main game, and itâ€™s worth trying even to see the recreation of Orgasmatron.

These dungeons change each day

Fractured Worlds offers players a set of procedurally generated dungeons, with new dungeons created daily, so you can still play these daily dungeons with friends. The dungeons play host to the different â€œfractured worlds,â€ which have been overrun by demons. Youâ€™ll take Victor through these worlds in search of fragments of an object that will allow Victor to change his past.

The objectives of Fractured Worlds are just one aspect of it, though; when you go through each world, you begin descending the tiers of that world. And so each dungeon soon becomes a challenge; you want to see how far you can make it with limited supplies before you have to start again somewhere else. This sense of personal challenge is something that runs throughout the entire Victor Vran game, so it offers a great variety of gameplayÂ that again avoids feeling like a generic random level builder, because it has a solid story to prop it up. Add to this that because ofÂ the way Fractured Worlds works, itÂ still allows you to play through it with either local or online multiplayer, and itâ€™s easy to see why itâ€™s an expansion that Iâ€™ve found hard to walk away from.

Overall, Victor Vran is a game that takes the traditional aspects of the ARPG; the fast combat, beautiful environments, great music, and an impressive story, andÂ buffs itself out more with an injection of well-timed humour, a massive catalogue of weapons and customisation, and a huge amount of extra challenges that give players a reason to return to different areas. It was a game that I was surprised by how much I liked when I played it earlier this year, but since then, with the level of work that has gone into making the game and ensuring that the extra content delivers engaging stories, Victor Vran has stood out as a beacon of what an indie game should strive to be.

Victor Vran is rated 16 in the UK and M for Mature in the US. Expect fighting, blood, and spooky monsters. There isnâ€™t any sex or drugs, but there is rock and rollâ€¦ get it?

Disclaimer: This review is based on a digital copy of the games provided by the publisher for the purpose of this review. 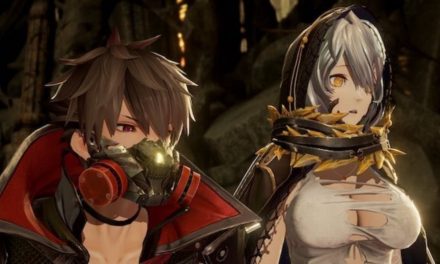 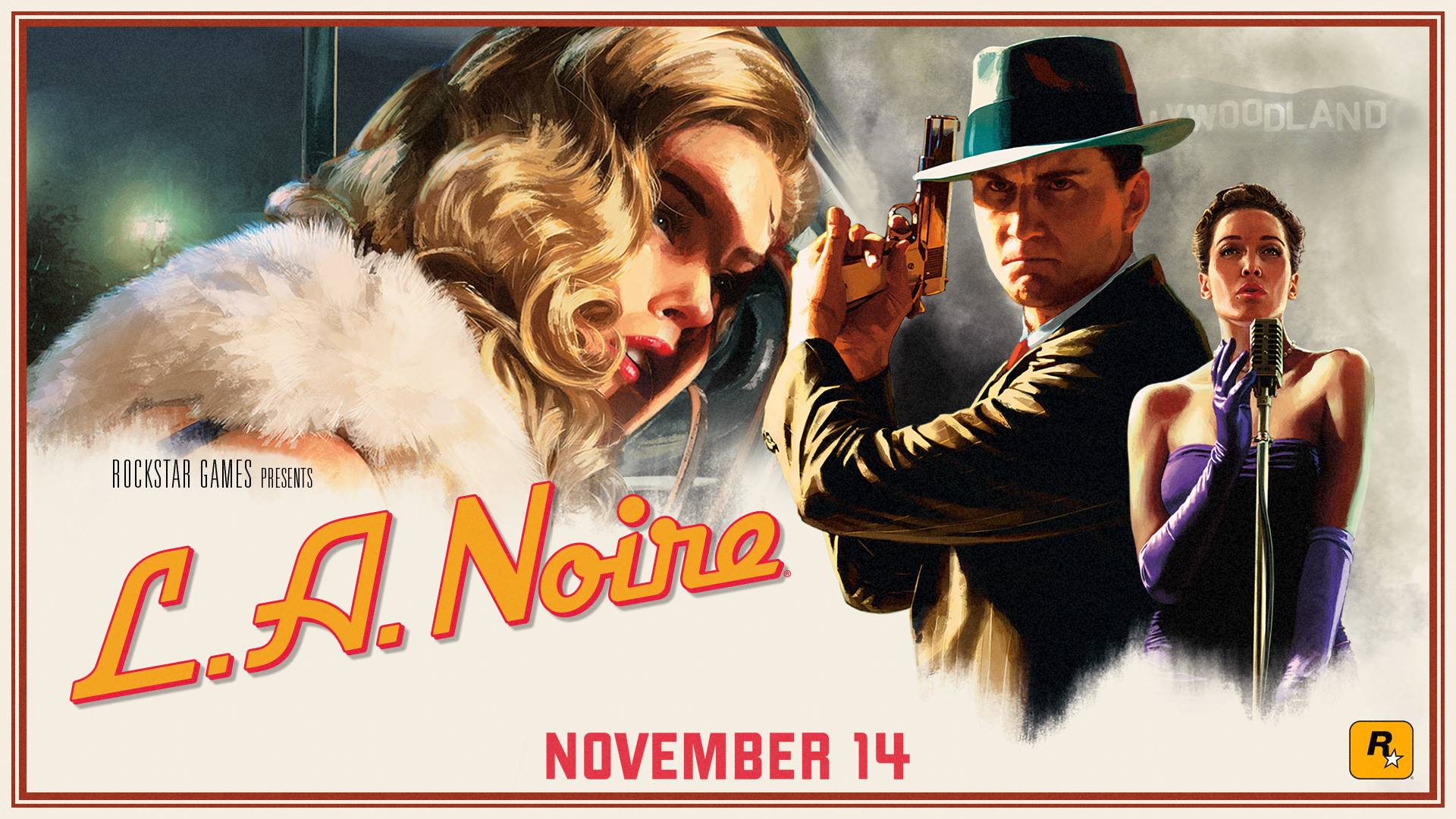 L.A. Noire Joins The Remaster Club on PS4, Xbox One and Nintendo Switch plus VR on the Vive. 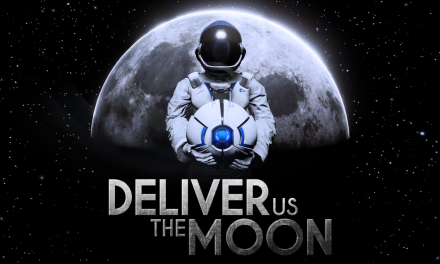 Deliver Us The Moon Now Available