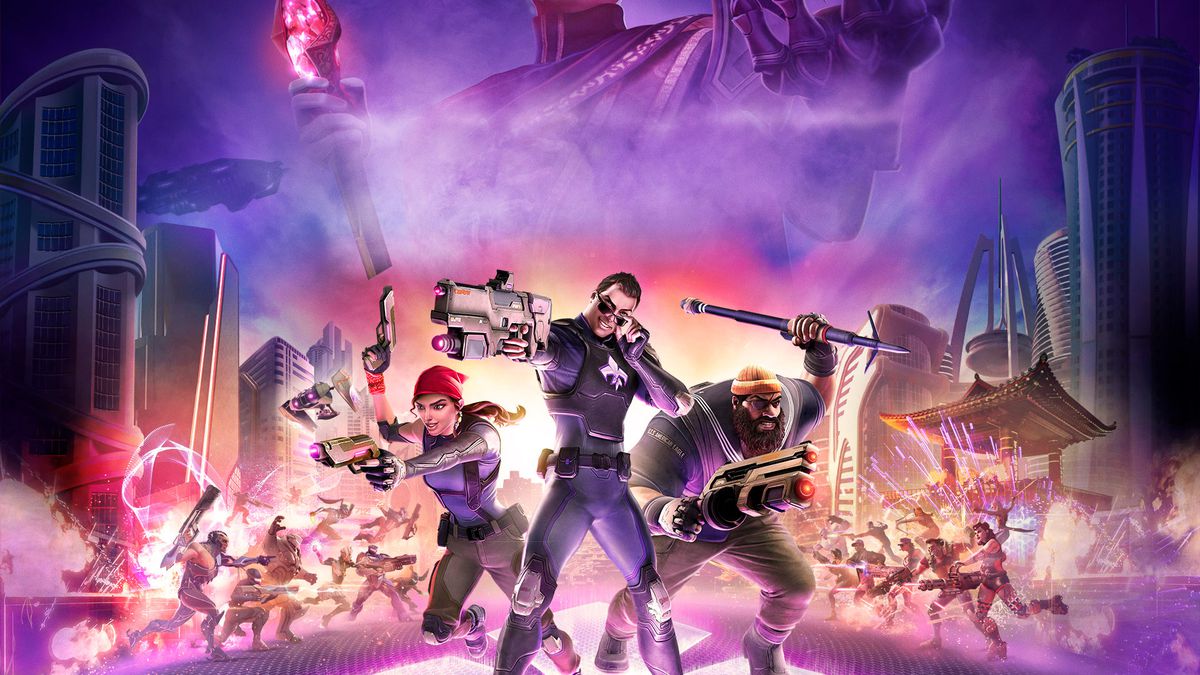 Agents of Mayhem is a third person shooter that acts as a spin off to Volition’s Saints Row series, set in a futuristic version of Seoul . AoM tells the story of an agency of unique agents called Mayhem, who are at war against LEGION, (The League of Evil Gentleman Intent On Obliterating Nations) led by a criminal mastermind Dr Babylon, who needs to be stopped at all costs.

LEGION rose from the shadows with devastating global attack, which has eliminated the world governments, and only Mayhemâ€™s band of misfits can stand up to them. Led by Persephone, a former disgruntled LEGION employee, who has scoured the world to find the most efficient group of agents in order to help her take her revenge against her former employer, and save the world at the same time.

Players can choose among twelve playable agents (nine of which are unlockable), all of whom have their strengths and special skills. While the overall approach of the game’s story has a linear feel to it, players are also free to unlock the additional Agents however they feel like it.

The game’s main story will intertwine all characters based on who you choose in your crew, but each character will also have their personal vendetta, which explains the reason they joined Mayhem. Simply doing the story will unlock each character progressively, but while in the Ark, players can also choose from a handful of character-centric missions that will unlock the character once successful. Each character have three meters: The Mayhem, Shield, and Health meter. While the last two are pretty self-explanatory, the Mayhem meter is the fun one. Rack up kills, combos, and headshots to fill upÂ the Mayhem meter. Once the meter is full, players can unleash their character’s unique and devastating (or helpful) Mayhem attack. Whether it be to increase attack power or stun a group of enemies, the Mayhem attack is a great way to get out of a bind.

Most of the time, players will go into battle with a crew of three Agents. I say “most of the time,” becauseÂ missions that unlock characters will start the new yet to be unlocked character. Before kicking off a story-based mission, players have the opportunity to change their squad, along with their skins. One thing I found quite interesting is the fact that all the crew earns XP, not just the character in battle. For example, my main crew was Yeti, Hardtack and Hollywood. While I was capping LEGION fools with Hardtack, my two other active agents would also earn XP thus ensuring that my characters remain even leveled. While I unlocked Yeti later on, it was a great way to get him up to speed without having to risk his then feeble life. Interestingly enough, players can also unlock new skills for characters who aren’t even in the current active squad.

Switching between Hardtack and Hollywood made sure that Yeti didn’t get too badly damaged, and he’d level up without going into battle. And yes, you can switch between all three characters at all times (unless they’re dead, obviously). If a soldier should fall in battle, the game lets you decide who to send into battle next. Deceased characters can be brought back to life via the Ark (once a mission has been successfully completed) or when picking up a Agents of Mayhem Fleur icon. Each of the game’s twelve characters have their own set of skills and weapons. Besides the standard walking, running and triple (!)Â jumps some skills are “unique,” to certain characters. For example, Hollywood and Hardtack can dash, while Rama and Oni can go into stealth mode for a brief period of time. All characters have access to a Scan ability, which allows them to look for treasure boxes or hints in order find the entrance to a LEGION lair. The sheer amount of unlockable (offensive and passive) skills is actually quite surprising. The more you play, the more skills the characters earn, and it’s so fun to experiment with diverse set of skills. Every mission completed will reward at least one character with a new skill.

Borrowing from the world of RPGs, certain attacks and skills can inflict temporary statuses to the evildoers, such as Stun or Slow, making things a bit more fair during one of the many hectic firefights. On the flipside, certain upgrades or skills will also behoove characters with buffs such as Haste or Fortified. Be warned, as it’s easy to be overwhelmed by the amount of enemies; things can go to hell very quickly, leading to an Agent’s demise. Keeping an eye on the Shield and Health meter is vital for survival. As you roam around the futuristic Seoul, players can also find materials in order to craft Gremlin or LEGION Tech. The new gear will benefit characters with special aforementioned RPG inspired buffs or used to release debuffs against LEGION soldiers. Crafted Gremlin tech can be combined with equipped upgrades; for example, combining Hollywoodâ€™s upgraded Mayhem with the Auto Target Gremlin Tech will make every shot fired count.

While most of the game is focused on the third person shooting, there’s also an interesting gameplay mechanic to keep unused agents busy: Global Conflict. While in the Ark, players can assign various unassigned Agents to contracts on a map. This allows Agents to earn XP and reap rewards like parts and money to bring back to the Ark. Successfully conquering an area of the map also rewards players with additional Region keys to unlock more areas. It’s an interesting and varied mechanic in order to ensure that unused Agents can at least earn some XP, and be ready if and when the time comes. Nothing’s worst than an under-leveled character when going into battle.

Much like Volition’s other popular franchise, Agents of Mayhem features over 15 activities to keep players entertained in between missions. They vary from hostage rescue to taking out LEGION vehicles, or acquiring a certain vehicle for Quartermile; the Ark’s vehicle dealer. It’s basically like Chop Shop from Saints Row.

Another interesting mechanic is the game’s whopping 15(!) difficulty levels. While very different than the common “Easy – Normal – Hard – Nightmarish,” scenario, the game’s difficulty will adapt to your gameplay style and skills – reaching a certain character level will unlock the next difficulty bracket. The better you play, the more the game will ramp up the difficulty as you progress. Having a hard time taking down the LEGION troops? The game will lower your difficulty. Additionally, before deploying your unit into action, you can select the difficulty limited to your highest character level.

The game’s overall presentation is definitely a strong point thanks to its variety in a way. The gameplay has a cel-shaded cartoonish look, while in-mission cutscenes are done through CG and the icing on the cake: the various short movies like the intro and animations between missions are done in a beautiful anime style, reminiscent of Netflix’s reboot of Voltron. I’m actually hoping for an Agents of Mayhem anime now. Audio wise is kind of hit and miss. It’s a hit because of the voiceovers and well-delivered lines,Â and the humor throughout the game. Unfortunately, the miss is the musicalÂ score of the game which feels often buried in the background of the firefights or barely audible during car rides.

When running around shooting up LEGION armies, characters will sometimes spout one-liners, but you won’t hear any score under the plethora of gunshots being fired. And while driving, although having a car that can talk, the music emanating from the vehicle is generic bland electro music you’ll eventually tune out. Unlike Saints Row, there aren’t any different radio stations. A nice little mention however, presentation wise, is every time the player decides to teleport to the Ark, there’s a quick blurb from one of the characters that’d be similar to what the “life lesson,” learned at the end of a G.I. Joe tv episode; with a theme and all. That’s a nice little nod to classic cartoons from a past era.

Considering Volition’s history for making Stilwater and Steelport come alive, their futuristic Seoul setting feels bland and lifeless. That’s not to say that nothing is going on, but unlike the settings of the Saints Row games, you’ll come across much fewer pedestrians and less crazy NPCs. While this might have been the wanted behavior of the A.I., it somehow makes the city feel bland and dead. Which is unfortunate seeing as they managed to pull off cities that felt alive.

Despite some repetitiveness, Agents of Mayhem is some of the best fun I’ve had thus far this year; the game is simple and easy to pick up and play. Thanks to the multitude of unlockable skills, skins, and craftable upgrades, this game is sure to keep players busy for quite sometime. While the repetitiveness of “Go to this place, kill LEGION soldiers, hack this, move to next room, and repeat,” might feel tedious at time, the fact that you are rewarded with a plethora of skills to unlock and use, through twelve vastly different Agents, will ensure that each fight feels different and progressively more chaotic. Also having the game test your skills through 15 difficulty levelsÂ is sure to be a challenge. If you’re looking for a game to have fun and goof off with, I highly recommend Agents of Mayhem.

Agents of Mayhem is rated M and PEGI18 due to the presence of blood, gore, intense violence and strong language. Do you really think the devs behind Saints Row would make a family friendly game? I think not…

This review is based on a review copy of the game provided by the developer for the purposes of this review.

Everything wrong with Final Fantasy 15, from a Writer’s perspective

A Death Stranding reveal has been teased for this week 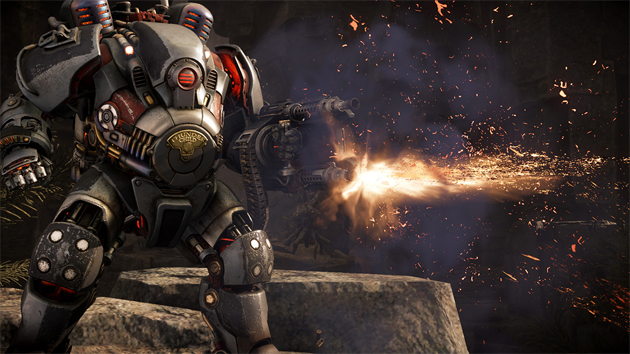 A New Hunting Season Of Evolve Has Begun