Last Friday, John and I were lucky enough to be able to go to an event for F1 2017, the latest in the blockbuster racing series, that’s out for you all to enjoy on August 25, 2017, and also had a chat with Creative Director, Lee Mather, about some of the new features of the game, and what to expect when you’re zooming around the track.

So we wanted to have a quick chat with you about being a Creative Director itself; what does that involve?

“So, generally what I do these days is set up the sort of vision of the game; the initial instances of having the features of what I think should be in the game, discussing it with the design team at large, getting good ideas from their ideas in part, looking at what’s gone before, what we can do now, getting ways to see how we can be inspired by the sport, having to take what is a very complex and technical sport and make it into, you know, a really compelling video game as well.

That sounds pretty cool. So what are the new features for F1 2017 this year?

Yeah, so we realised that the career was obviously the focus of the game, and we wanted to continue to build on that. And we wanted to do something a little different, so as well as obviously the huge improvement on the R&D side of the game with the elements added like rain on the car, the RPG skill tree system, we also wanted to add in, as I was saying, we were inspired by this, so we wanted to add in ways people would find it accessible with the R&D. But you’ve also got the engine gearbox, so as you get wear and damage to those, you’ve also got to consider what bits to change and when. And you know, that’s huge part of the sport, and great consideration of the game; you know, it’s not just about the on track, it’s what you do away from the circuit.

But I think one of the biggest things we’ve done as well is bringing in the classic cars, and the first consideration for the way we did that was, firstly; which ones are really cool, from this range of classic cars? Which ones will race together well, create a great on track experience, and also, how do we keep people invested in career, over the other levels of playing? Not leaving the classics! We don’t want you to feel that conflict of “Oh, I want to drive those cool new cars on those short circuits they’ve created, but I also want to keep in mind my career season,” so that’s why we’ve integrated those classic cars into the career season as well. So through that, we encourage you to drive them, and again it’s fresh into the season, something that we’ve never done before.”

So have you got a favourite classic cars that you put in this time?

“Yeah, I think for me personally it was the Renault VR26; I’ve always been a Renault fan, and there was a point where I did go and watch a lot of Formula 1, and Alonzo was driving the car during that period, and it was a lot of fun to watch, for me.”

Was there anything like a car or something you wanted to include but couldn’t – didn’t have time, or…?

“There’s always cars we want to include – there’s a lot of fan favourites out there that have been requested. It’s particularly sometimes difficult to get licenses for a team that doesn’t exist anymore – who do you go to? Who signs that car off? Who looks at that car and says “Yep, that’s a perfect representation of our car,” when the team no longer exists? There’s always iconic cars that you remember to certain degrees; but again, Formula 1 used to be very associated with tobacco and alcohol sponsors as well, so that makes life particularly difficult as well, so it can’t be showcased in the game.”

Can you tell me anything about the new championship mode?

“So, championships came about because we realised we’d got all of this new content, and all these new cars, all these track layouts, and we all love motorsport in the studio; we all watch different forms of motorsport, and they all have different scoring structures, different qualifying structures, and we thought it’d be really interesting to try and bring some of that into the game.

So we get the choice to have specified little championships like circuit types, maybe, or you have Tilke track types designed by another Tilke, but also the different race weekend structures, the point structures, so we may have races designed so they have certain point structures from Formula 1 before it changed to the current system, or do a qualifying session which derives the first race, and the second race is derived from a flipped grid of the first race results.

So there’s something very different, because you’re using all the new content, but in a different way, so you’ve got something unique and something we’ve never done before in Formula 1.”

And there’s a lot more customisation for the cars, and the ways you can build them now, isn’t there?

“Yeah, so through the R&D system, you decide which direction you take with the car. So obviously it’s not always about performance; you could focus heavily on mobility as well. And because those components are breaking down into different range bases, depending on how you play the game, and you need to pay regular attention to that.”

So do you think this is a big departure from F1 2016, building on it more and more?

“I think it’s a really, really big addition to 2016, I mean – we’ve added so much to the game. I look back at what we’ve done from 15 to 16, and seen that we’ve added such a huge amount of stuff, between 15 to 16 to 17, we’ve aimed to build upon that again, and add as much again, so that we’re at the point where we have a really substantial game where there’s a lot of content in there. There’s also great ways to use it; there’s no point in throwing content into the game if there’s no compelling reason to use it.” 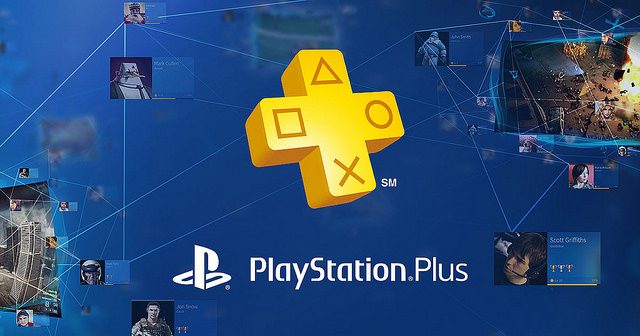 PS Plus October game leaked ahead of announcement

Shaq, Kenny and Ernie Bring the Funny to NBA 2K16