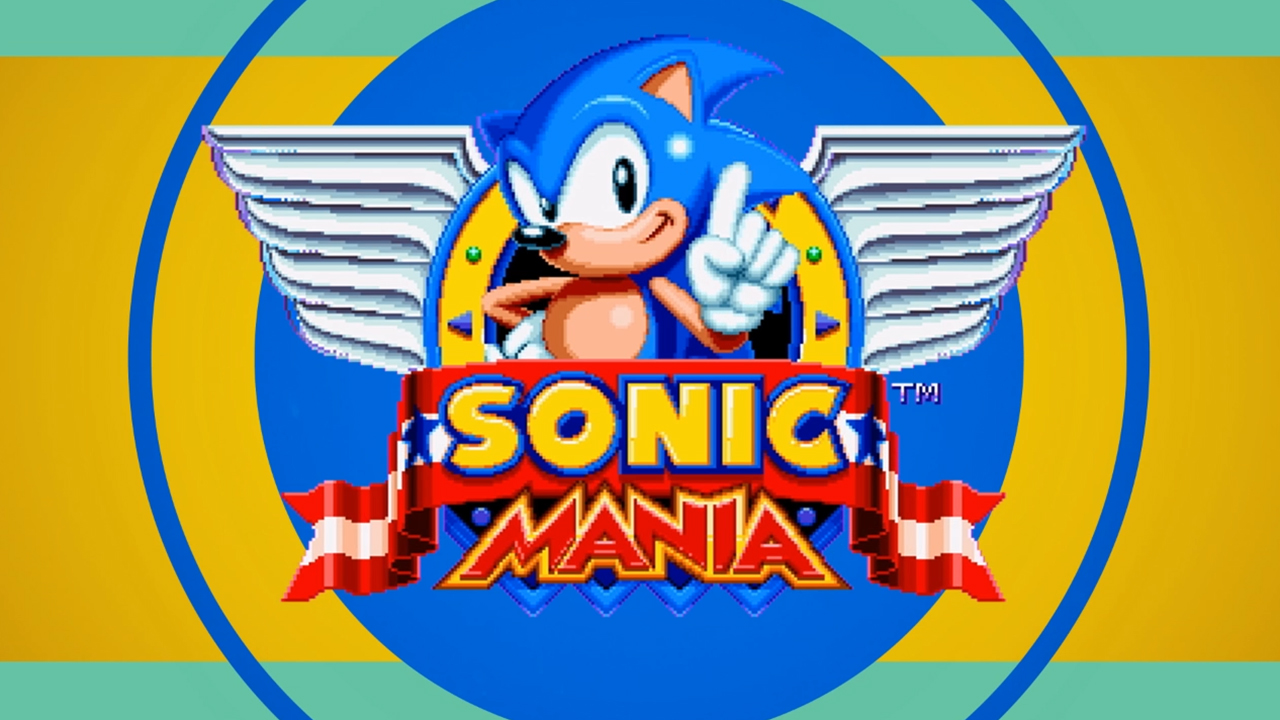 Sonic Mania was released to celebrate the 25th anniversary of everyone’s favorite hedgehog. It’s basically a compilation of levels from Sonic’s early games on the Genesis/Mega Drive, along with new ones. Obviously, to keep the spirit of the originals, the game is quite light story wise; the events of the game take place following the aftermath of “Sonic & Knuckles.” Sonic and his furry pal Tails head to Angel Island in order to investigate a powerful energy reading. Unfortunately, Dr Eggman and his band of cronies arrived before our heroes. Turns out the signal was a Phantom Ruby, and now it’s up to our trio to stop Eggman from using the Ruby for evil purposes.

If you’ve ever played a 2D Sonic game, whether it be on SEGA’s 16Bit machine or a more recent outing such as Sonic The Hedgehog 4, you know what to expect here: Sonic Mania is a 2D action platformer where players zip through stages at speed, picking up rings, which serve as health points. When starting up a new save, players can choose their characters: Sonic, Sonic and Tails, or Knuckles. While the levels will remain the same, the gameplay will vary slightly. Using the duo of Sonic and Tails will prove a bit easier for certain tasks such as boss fights. Tails will imitate Sonic, so if the player jumps to hit the boss and misses, chances are Tails will come in to do the damage. On the other hand, Knuckles has the ability to glide and climb up walls.

The game’s levels are divided in sub-levels, all of which have boss fights of varying difficulty and challenges. While most of the them require players to jump and hit a specific hit point, others will provide a bit of diversity to avoid the monotony. For example, one of the earlier boss fights has Sonic taking on Dr Eggman in a Columns-like game, matching falling colored stones and avoiding being overwhelmed. While I applaud this originality, this type of fight feels more random than actually having control over the outcome. If the game only gives you crappy sets of stones, you’re kinda screwed. And keeping with the original trilogy’s reputation, the further you progress in the game, the longer and more challenging the levels will be. The first few levels are quite simple and straight forward, but it won’t take long before they get bigger and require a bit of headwork to figure out where to go next. Sometimes, you’ll be thrown into tunnels and you’ll be asking “Where the fuck am I going now?” but it’s all part of the fun, zipping and bopping all around and avoiding hazards.

Thankfully, while Sonic and co can run and jump to avoid obstacles, there are a few power ups to be found. There’s the Fire, Bubble and Electricity power up. The Fire one gives players invincibility and allows Sonic to because a fiery ball of, well, fire by dashing in mid-air. The Bubble one is mostly used as an invincibility tool, like in underwater levels so our hero doesn’t drown. The Electricity one is quite interesting. Used in certain levels, it acts as a magnet, so once there’s current on the ceiling, for example, the protagonist will be drawn to it and consequently walk upside down. It also allows players to perform a second, smaller jump. All power ups can be lost if the players takes damage from spikes or falling down a hole (obviously).

Once you’re done with the game’s story mode, players can prolong their fun with Competition and Time Attack. The former, which was first introduced in Sonic the Hedgehog 2, allows two players to go head to head in local races while the latter allows players to race through levels as fast as they can to beat their previous record. Sonic Mania was designed to capture the essence of what made that blue hedgehog such a phenomenon back in the 1990s. While Sonic has had a lot of pitfalls over the last few years, I have to safely say that Sonic Mania is definitely the best game since Sonic Generations. The game’s feel, visuals, and presentation will bring out the nostalgia for older gamers, and introduce this hero to a generation who thankfully have skipped the catastrophic portfolio of the last decade. The controls are spot on, and its as if Sonic never left. Despite some minor questionable and frustrating boss design, this is the Sonic game fans have been waiting for since 1997.

Sonic Mania is rated E for Everyone and PEGI 3. The game includes mild cartoonish violence.

This review is based on a review copy of the game provided by Xbox UK.

More Sniper Elite On The Way!