Senran Kagura: Peach Beach Splash is… interesting to say the least. I spent a majority of my playtime slack-jawed, worrying that someone might walk in the room when I’m gunning the pants off some high school shinobi… no joke, that’s the premise of this game. Well, that’s not entirely true; you can shoot her bra off, too. Honestly, I truly don’t know where to start with this review, I definitely had fun with this game, not just because of boobs, but the game was actually really fun… honest.

Peach Beach Splash is a third-person shooter,Â choosing from ten water guns, from pistols to shotguns, all the way to rocket launchers which shoot water balloons at the enemy for heavy damage. You even use a gun called the shower gun, which is literally a shower, and a sniper water rifle, which is super bizarre. But then again,Â this entire game is bizarre, so why am I questioning anything?!

The story opens with each of the groups of girls receiving an invitation to an island, to participate in a festival known as Peach Beach Splash, or PBS for short. Peach Beach Splash is a festival in which the four groups duke it out in an ancient water gun tournament to see who is the best shinobi. For the story mode, you get to experience the tournament through the eyes of each of the four schools, as theÂ girls overcome the barriers that affect their friendship and watch the underlying plot unfold.

As for other singleplayer content, you have Paradise Episodes that cover different characters and their individual stories on the island. The other mode is called V-Road Challenge, where you can make your own shinobi team and fight your way through five rounds in each of the four cups, each cup providing you with a different challenge depending on what water gun class the other team are using.

Leveling up your characters, weapons, and skills is a little bit of a hassle. As you complete missions, you will obtain a booster pack filled with different cards split into levels of rarity; you level up in this game using duplicates of these cards you earn, with the high-end cards giving you the most experience points. But, as there areÂ over 800 cards in the game, it’s hard to level up legitimately. In the end, I found a mission that I’ve repeated over and over again to level up and it’s become a little bit of a chore.

The online aspect of Peach Beach Splash is split into various different modes; you’ve got the classic ranked matches which are a 5v5 Team Deathmatch, where the rules are set at random. Next is free mode, which allows you to set the rules for the game modes as you please, such choosing the game type such as Capture the Bra or control point mode called Momination. Finally, a co-op survival mode where you team up with four other players to defend your tower from waves of enemies; the more you defeat the higher the rewards. Dressing room is the mode where you can customise each of the girls, whether you want to change her appearance with various different hair colours whilst mix and matching accessories, plus deciding what they wear; you could keep them in the default bikini and just change the colour to suit the girl, or you can give them a complete makeover and dress them in their uniforms from past titles or… maybe you want them to be dressed as pirates. The dressing room isn’t just for customisation because you can also grope the girls too… no joke, you seriously can grab their boobs and butts, or you can pet them on the head, give them a gentle massage on the shoulders, or spray them with a hose… what the hell am I playing!?

Overall, Senran Kagura: Peach Beach Splash is a mind-numbing and enjoyable third-person shooter experience that will have you in stitches from all the random perverse moments within the game. The crisp anime visuals are gorgeous and very appealing on the eyes in more ways than one… If you’re a fan of shooters and want something that will keep you entertained ’til the next big shooter, or if you want something a little less gritty, then I recommend this perverted title. Senran Kagura: Peach Beach Splash is rated M for Mature and PEGI 16. The game centres around shooting girls’ bikinis off and contains a lot of sexual innuendos.

This review is based on a review copy of the game provided by the publisherÂ for the purposes of this review. 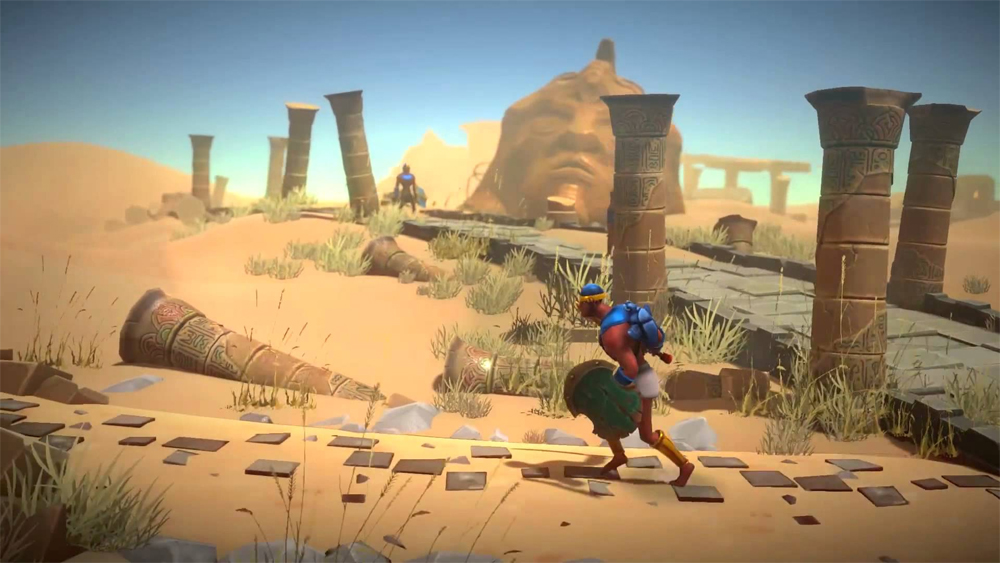