Remember Wrench from Watch Dogs 2, with his loveable emotive mask that showed off what a quirky soul he was? Well, have you ever wondered what Wrenchâ€™s older brother (if he had one) would be like? Wonder no more, because Ruiner, the first solo game from Reikon Games, pretty much stars Wrenchâ€™s more violent and anti-social older brother in a cyber-punk inspired hack and slash game that features awesome music and a sublime anime art style. And whilst the game can be fiddly initially, itâ€™s a wild ride of violent fun thatâ€™ll ensnare you for a few hours each day with a decent world â€“ but mostly because of the rampaging. Â Ready?

The game puts you in control of an unnamed man, and on the path of saving your recently kidnapped brother. Your character has all the social grace of a drunk trying to act sober, with his interactions limited to head nods, shrugs, and knuckle cracking. But what our character lacks in social skills, he makes up for in his ability to murder henchmen. Most of your time will be spent darkening the corridors of a variety of henchmen that youâ€™ll cut down with either a lead pipe, sword, or variety of weapons. The combat of the game really isnâ€™t anything new â€“ if youâ€™ve played pretty much any hack and slash game, then the system will be all too familiar. But that doesnâ€™t stop it from being any less enjoyable.

The combat mechanics are backed up by simple yet proven skills, to help you through the fights. The skills, such as dashing, and is improved by the ability to map out a three-marker pathway for you to dash through. Youâ€™ll also be able to use abilities that include throwing grenades, creating an energy shield, and slowing down time. Each skill can be upgraded through the use of the gameâ€™s skill tree, and whilst the upgrade capabilities arenâ€™t massively expansive, the amount that is there is more than enough for whatâ€™s in the game, and should mean that if â€“ more like when â€“ you hit a barrier, you can always upgrade your skills and try again.

My only real issue with the gameplay is the boss battles, and yes I know no-one likes them, but it begs the question: why do we still get them forced upon us? The early boss fights are fairly straightforward, pitting you against one fairly strong enemy whoâ€™s backed up by a fairly large entourage, but the gameâ€™s difficulty curve is â€“ at times â€“ unbearable. And the frustration is really only down to the boss fights which insist on you figuring out annoyingly complicated ways of defeating certain bastards. I’m not sure if people still enjoy boss fights; I don’t – theyâ€™re a headache and even when you get through them, you donâ€™t feel like youâ€™ve accomplished anything, you feel like youâ€™ve had time stolen. Finally, a reward for dying a bunch of times

But Ruiner is more than a fun hack and slash game thatâ€™s let down by infuriating boss fights, with the gameâ€™s world offering up a surprisingly packed environment with a lot to do. The gameâ€™s hub city is a dank little ghetto by the name of South Rengkok; a collection of people infested alleys litter the small area, and itâ€™s within these alleys that you get a taste of what the game extends itself to. Youâ€™ll have the chance to meet a few characters who offer you different sidequests, some that last until the next mission or until you have enough money, whilst others give you a task that will carry on until the gameâ€™s conclusion. Again, these arenâ€™t especially new or even very different to what youâ€™ll have seen in other games, but the inclusion of them in what first seemed like a rather run-of-the-mill hack and slash title was a nice surprise that lends a little extra effort when youâ€™re playing through.

Of course, being a self-proclaimed cyber-punk title, Ruiner isnâ€™t just a game thatâ€™s fun to play, itâ€™s also great to look at and listen to. The entire game is underscored by a pretty decent techno playlist. Now, that said, I think I speak for a lot of people when I say that techno music is largely a massive scar on the history of humans. But, because of the subject matter of the game, with hackers running around and crazy underground people howling for your blood, the gameâ€™s music â€“ which is perhaps a more subdued selection of techno â€“ is a great score for the game. And with boss fights bringing a more energised playlist to hype you up, the music is certainly one of the highlights of Ruiner.

Accompanying the gameâ€™s soundtrack is a gameworld that is probably best described as being a semi-dystopia â€“ in the sense that life seems pretty shit, but on a manageable level.Â Like many games that use the Unreal Engine, Ruinerâ€™s graphics are almost cell-shaded without going the whole way. But the best thing about the gameâ€™s aesthetics has to be the character models. Using an anime art style, the gameâ€™s dialogue is littered with some beautiful renderings of the gameâ€™s cast. Like the soundtrack, the art is a great choice for Ruiner, providing a style thatâ€™s able to recreate the characters in a gritty yet charming way.

Iâ€™ve enjoyed what Iâ€™ve played of Ruiner soÂ far, a fun combat system with nifty skills and a game world thatâ€™s more generous than necessary, whilst being scored by a surprisingly excellent soundtrack and finished off with an absolutely sublime art style. And whilst it may be a little pricey for what is essentially a throwback to retro hack and slash games, Iâ€™d say that if youâ€™re in-between games right now â€“ give Ruiner a try.

Ruiner is rated 18 in the UK and M for Mature in the US. With bad language, violence, and some mildly suggestive scenes, this is be a game you won’t want mum and dad watching you play.

Disclaimer: This review is based on a retail copy of the game provided by the publisherÂ for the purposes of this review.Â 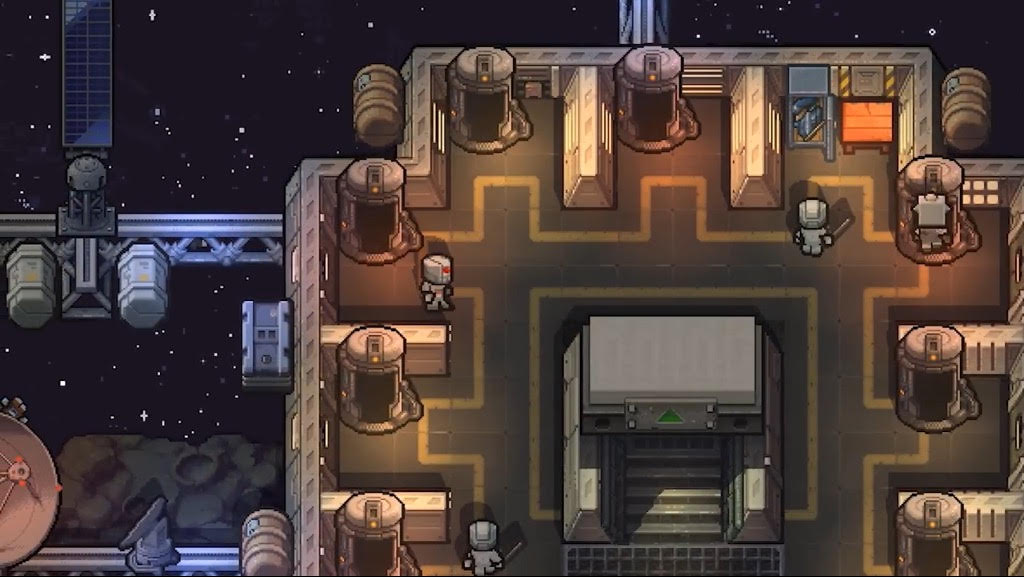 Escapists 2 Goes to Space in the New Trailer