If like me you were disappointed by South Park: The Fractured But Whole, Ubisoft will be releasing the winner of numerous 2014 game of the year awards, South Park: Stick of Truth, for PS4 and Xbox One. The game will be available on February 13th 2018.

Players, as the new kid, arrive in South Park and embarks on a quest to become one of the cool kids by defeating underpants gnomes, hippies, and other forces of “evil” (for kids). Along with Stan, Kyle, Cartman and other familiar faces, you’ll experience a hilarious RPG from the creators of South Park, Trey Parker and Matt Stone. 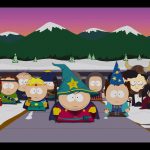 The Soundtrack to My Life: Microsoft Teams Up With Deezer