How much can you get done in a minute? Eat a banana? Check the football scores? Probably, but could you get to the top of a lighthouse? Or get through a miniature maze full of snakes? Well, that’s the challenge put to you in what’s sure to be the next indie hit, Minit. The game that’s basically Groundhog Day or Majora’s Mask on speed, with a foot-tappingly catchy soundtrack and endearing retro graphics.

The meat of the game sees you trying to cure the curse of a sword that you’ve picked up, the curse being that you have only 60 seconds of precious life, before you wake up once again to carry on your quest. It’s a feature that keeps each playthrough fast-paced, forcing you to make each minute count towards completing smaller sections of a main task. It takes some getting used to, with the game easing you in during the early section, having you collect keys or solve problems for villagers.

It’s the later portions of the game that are liable to let the game down. With no real instructions or reminders as to what you have to do, the game’s pace does slow significantly giving way to frustration. And whilst the 60 second lifespan is a great idea, when you have no idea what to do, the system doesn’t really allow for trial and error, instead you’ll likely find that you’re stuck in a loop of trying the same thing over and over hoping for different results – insanity, thy name is John. This feeling was most telling when you’ve finished one quest and then trying to figure out where to go next, or when you’ve reached a brick wall during one quest but you can’t finish it because you don’t have a tool that you didn’t know you need. There’s nothing wrong with a game not holding your hand, but it’s a fine line between figuring something out for yourself and blundering your way through, and at times Minit feels like it’s basically shrugging its shoulders and saying “Figure it out.”

That being said, much of the game’s mechanics work incredibly well, pushing the adventure along at a nice pace. You’ll unlock different houses as you progress through the story, meaning you can restart at different points, and the game’s quests vary massively, from killing crabs to finding hotel guests or saving a dying man in the desert. So you’ll never find yourself having to rinse and repeat or be at the beckon and call of the dreaded fetch quest.

The game is bolstered even more by the different abilities you unlock, giving you access to different parts of the map. The only issue with this is â€“ like the gameplay – there’s no direction given to what you do with the new tools. It’s not an issue early on, when you’re dealing with simple obstacles, but once you’ve unlocked the whole map, figuring out where you need to go with your new toys can be a bit of a shot in the dark. And that feeling of accidentally finding a new path after you’ve learnt how to cut down trees is strangely rewarding, but the flip side is that when you get stuck, you’re prone to frantically running around, checking and re-checking the same areas again until you find what you’re looking for.

Along with the innovative gameplay, Minit plays the indie tropes well, throwing up some retro-grade graphics that wouldn’t look out of place on the Gameboy. With a cast of wonderfully weird characters that include a snorkelling bear, knife-wielding dog with an eyepatch, and an old man that speaks ridiculously slowly, the game simply oozes charm. It’s not just a treat for the eyes, though; Minit’s soundtrack has some absolute bangers, making each jaunt through the map a delight. With a synth-heavy track list, Minit nails the sound of yesteryear games â€“ so if that’s your thing, you’re in for a real treat.

Everything about Minit is a bit strange. The Groundhog Day system, the offbeat design, the brilliant music.Â And even though the game has its flaws when it comes to getting the balance between ecploring and lending a helping hand, it’s well worth playing. Offering up a series of tasks that’ll have you scratching your head at times, and a whole game that can be completed in 25 minutes, Minit is surely the next indie hit â€“ so get on it early.

Minit is rated PEGI 3 in the UK and E for Everyone in the US; expect a fun adventure that might go over some younger heads, but looks to be a great game to play together.

Disclaimer: This review is based on a retail copy of the game provided by the puclisher for the purposes of this review. 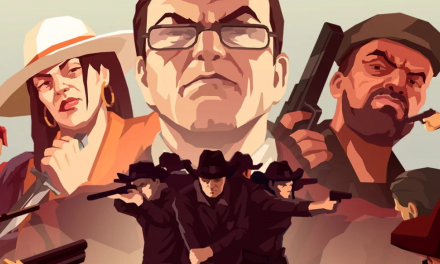