Title:Â Detroit: Become Human
Platform:Â PS4 (reviewed)
Developer:Â Quantic Dream
Publisher:Â Sony Interactive Entertainment
Release date:Â Out now
tl;dr:Â A very shallow game trying to tackle some very deep themes
Price: For the Digital Deluxe Edition, which is apparently the only version you can purchase on the PSN in the UK: Â£53/$70.
– You can purchase the US regular digital edition, for $60.
Family Focus:Â Click here for more information.

Detroit: Become Human is the epitome of eerie and unsettling, from the hyper-realistic android watching my every move on the home screen, to the realisation that 2038’s society really isn’t that far away. It’s a stunningly beautiful game that has a lot of great ideas and interesting concepts, but is unfortunately far too shallow and intent on herding you towards the next objective, rather than letting the player observe and explore for themselves.

For those of you who aren’t familiar with Quantic Dream, this follows on as the third title in the genre of weird mishmash of walking simulator and visual novel; there’s no gameplay outside interacting with the environment, talking to people, and QuickTime events. QD’s two previous titles are in a similar vein; Heavy Rain, the detective story about trying to rescue a man’s son from a killer that also spawned the infamous “Press X to Shaun,” meme, and Beyond Two Souls, which was the game about that paranormal chick that was fairly straightforward until she went to spy on the Chinese for the FBI.

So now for something completely different, we have androids – three of them, in fact. Connor, the new prototype for global giant Cyberlife, tasked with assisting the Detroit PD in tracking down rogue androids (aka deviants), Markus, who took care of a disabled man and was treated like his son, until he gets falsely accused of murder, and Kara, a domestic robot turned runaway mother, after she takes a kid away from her abusive father. Make no mistake, the level of detail in this game is astounding; each character has an individual soundtrack, having a separate composer for each score, distinct design, and impeccable voice acting and lip sync. The faces and character models are spookily lifelike, not to mention Chloe on the home screen. Yeah, all those people on Reddit who want an interactive Chloe PS4 theme?Â No thank you.Â The real attraction here, though, is the flowchart system. Whereas Beyond Two Souls had a few varying outcomes in each scene, along with a handful of small (sometimes big) choices, those wouldn’t really matter in the long run. Detroit, on the other hand, has choices and endings that will ripple through the whole story, with opinions and options mattering much further down the line, some with massive consequences. For example, one of my endings got Kara, Alice, and Luther across the border to Canada safely, without sacrificing anyone – but only because I’d made choices as Markus earlier that swayed the public opinion to sympathy for androids. Similarly, I found out that you can actually end Kara’s story in her opening chapters, by allowing Todd to kill Alice – from then on, you’ll only play as Markus and Connor.

This, I feel, is the core strength of the game; it’s rare to find two people who have had the exact same experience, and the variables are so huge, it makes for great replay value, which is particularly good considering one run of the campaign is roughly twelve hours. After I finished each scene, I was shocked to discover just how much I had missed; in places, I’d only uncovered 17% of what you could actually do, and near the end, when examining evidence at the police station with Connor, there was a whole wall left blank, because I simply hadn’t found them. It’s a game that’ll have fans poking around to find secrets for years to come, and you can’t fault it for attention to detail.

However, with three protagonists and storylines to juggle, Detroit becomes bogged down quickly. Since they have a lot to cover in a relatively short space of time, Kara and Markus don’t get the chance to develop as characters and remain one note right the way through. They’re not dull or bad characters, but they don’t change; Markus jumps from son/carer to revolution leader without any nuance, instead sticking to tired tropes we’re all long familiar with. They’re campaigning for equal rights and equality, but aside from a couple of quick mentions about controlling reproduction methods and the right to own property, anything deeper is quickly swept aside in favour of flashy jailbreaks and standoffs with armed police.

Kara, unfortunately, suffers the same fate, forced into the role of mother and never leaves it. While she’s by no means any less badass than the rest, I would have liked to have seen what Kara wantedÂ outsideÂ of Alice, or perhaps have her as an optional companion, where you can choose to take her with you later on. Connor, on the other hand, is a breath of fresh air, alongside grumpy detective Hank, who is an absolute gem. Their partnership and camaraderie builds because they share practically every scene together, and both grow as people along the way – their hug in the end credits felt well and truly earned.

Kara’s story also stands out in that it has no real bearing on the main plot at all, and truthfully could have been combined with Markus’; imagine a female android on the run with a child she took in, and also becomes the head of the revolution later on, with Connor as the foil trying to stop her. As a result, the story rockets forward at a breakneck pace that never pauses for breath and therefore doesn’t give players time to soak in the characters or the story. The environments, while gorgeous to look at, are incredibly sparse, and have hardly anything to interact with, and doesn’t like you wandering off to explore – your character will run into an invisible wall and be forced to turn back. There are interesting bits and pieces – how on earth does Lucy function without a head? How are humans coping with 35% unemployment? Where do all of Zlatko’s monsters go? How do androids function differently to humans in sexual relationships with each other? All we get is a passing glance, and then we’re back to Markus smashing shit up.

As a result, the game really suffers, because all it wants you to do is go to the next story objective, rather than actually become a part of the world. For example, Beyond Two Souls let you wander freely around its environments, and there were several things and people perÂ roomÂ to interact with, rather than the whole stage; upon a replay last year, I subsequently stumbled upon a scene I hadn’t found before, because the item was well hidden. Detroit rarely lets you speak to characters more than once, and may have the occasional magazine to read – apart from that, it’s determined you stick to its script. Pretty ironic for a game about free will.

In short, Detroit misses its mark more than it hits. There are some truly powerful scenes (the junkyard, Kara begging the border agent to let them through, and Markus singing at the final protest), but the jagged execution of the three scenarios makes it feel like a series of loosely connected vignettes rather than a coherent narrative. Characters will move across the country in between scenes, or an unspecified amount of time has passed, with no in between to make you feel like you’ve been following their journey; in truth, it feels like you’re tuning back into a TV show.

Because you’re only making the big decisions, it left me feeling more detached from the characters because I wasn’t spending enough time for them – how am I supposed to bond with Alice when half her lines are “Kara, I’m cold?” Jericho could have been a wealth of sad, subtle worldbuilding, perhaps even with some sidequests, to try and build an actual refuge for the escaped androids, and talk to and comfort the injured. Why does North mean everything to Markus when half the things he did majorly pissed her off – why can’t I have more potential romance options? Why is Hank the only one I can uncover deeper backstory on? I want to bond with the inhabitants of Jericho and feel their pain and anger, and grieve when my actions mean that characters I’ve gotten to know, and care about, subsequently die because I made a stupid mistake in front of human police. I want to struggle to keep my daughter alive in the harsh Detroit winter, and have to make dubious choices to keep her fed and sheltered – don’t just show me the “cool,” stuff, show me how androids are coping with their new, crushing consciousness.

Although this might seem like nitpicking, it’s the smaller details that paint the bigger picture. With a smaller narrative and slower pace, Detroit could have easily been GOTY 2018 – right now, it’s a series of short film with some stunning set pieces, some great ideas, and a lot of untapped potential.

Detroit: Become Human is rated PEGI 18 and ESRB M for Mature. There’s blood, a lot of violence, partial nudity and sexual themes (despite there being the most modest strippers I’ve seen in my life), sexual themes, swearing, drugs, and generally a whole lot of android mistreatment. 18+ seems pretty apt. 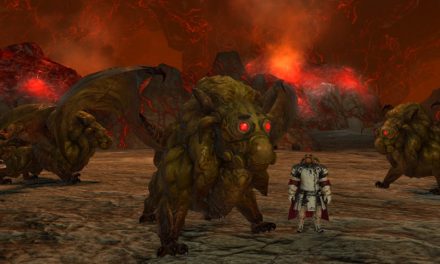 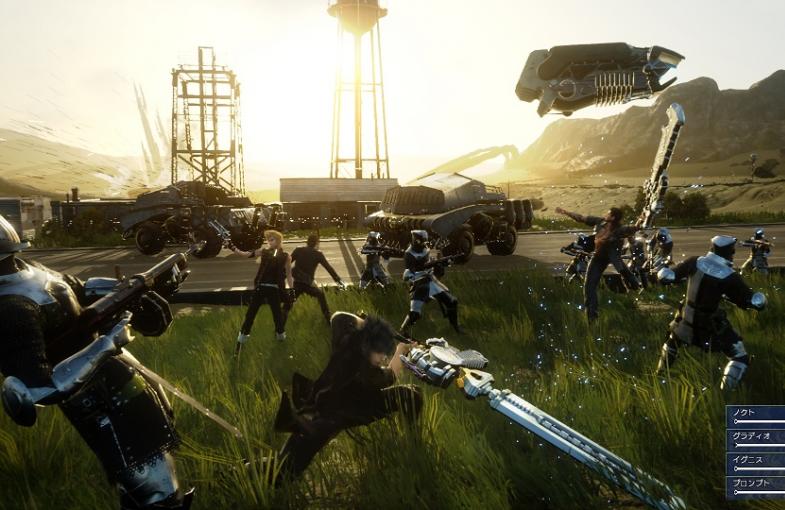 Feast Your Eyes On The Final Fantasy XV Boxart