Slime-san is super adorable and a perfect example of precision platformers.

Are you a fan of a little game called Super Meat Boy? You are? Then you need to check out Slime-san: Superslime Edition, a super fun and colourful precision platformer that will have you raging at that one jump you can’t make, or fill your heart with glee at the adorable sprite work on offer. I’m not amazing this kind of game, but I had a hard time putting the controller down once I started.

Slime-san has been swallowed by a giant worm, and it’s up to you to jump, swim, dash, and climb your way to freedom, with each stage being a fast-paced race to the goal. Each level is broken up into four segments that all offer an implied route through it, although it is entirely possible to try taking your own faster route if you have the skills and dexterity to achieve it.

The game harkens back to olden days of gaming, with a simple colour palette of three different colours that indicates what will and won’tÂ kill you. White is the neutral planeÂ that Slime-san can traverse, whereas red indicates potential deaths such as enemies, traps, and the encroaching stomach acid that fills the level the longer you remain on a single stage. Finally, there’s green, which indicates a surface you can safely travel on, or with a click of L1, you can phase through it, which implements itself into puzzles later on. However, if you’re not a fan those colours, there are ways to change them with filters unlocked in the store using the apples you collect throughout the stages. Slime-san has an incredible soundtrack, too, produced by some incredible artists in the chiptune scene. This soundtrack ranges from mad energetic tunes during the rush of completing stages, to a more relaxed soundtrack during the sub-areas such as towns, shops, or a fellow trapped creature. All of these tracks fit wonderfully into the manic and fast-paced nature which is Slime-san!

As for controls, these are incredibly simple; the left stick allows you to move Slime-san, whilst the X button is the traditional jump button. You can use the square or R2 button to dash depending on which you find more comfortable, and the L1 button, as mentioned before, is to phase through the green-coloured objects. Games such as Slime-san need a simple control scheme, especially for the later levels when you’re phasing and dashing your way through all manner of traps and obstacles.

The game is constantly introducing new mechanics in the form of enemies, traps, or obstacles. All this runs at breakneck speed, including load times, so if you die, you will be back at the beginning of the stage in less than a second, which crucial in the game such as this; it prevents frustration building up, as you can jump straight back into the action. Slime-san starts as a simple platformer, but the game continues to add more mechanics and puzzles to keep the experience fresh and interesting; towards the end, you will be balancing speedy platforming with puzzle solving to guide Slime-san to victory!

Overall, Slime-san has 1200 levels for you to clear, but that clearly wasn’t enough for the developer, Fabraz. Included with the 1200 levels, there are various hub worlds with a bunch of mini-games, including a game paying homage to Doom, a New Game Plus, a devilishly hard speedrun mode, and a boss rush mode. Honestly, Slime-san is bursting with content and the package is well worth your money.

Seriously, even if you’re not a fan of these fast-paced precision platformers, I would still recommend this game, as it is filled with amazing content and an incredibly upbeat soundtrack. The bright, stylish graphics are literally eye pornography, plus it boasts hours of fun! It’s easily one of the most complete game packages I have seen a while and is definitely worth the asking price.

Slime-san: Superslime Edition is rated E for Everyone by ESRB and PEGI 3.

Disclaimer: This review is based on a digital code of the game provided by the publishers for the purposes of this review. 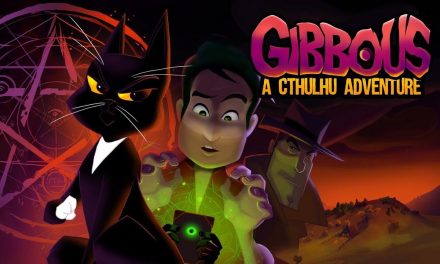 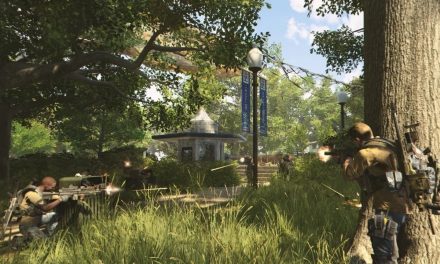