World of Warcraft: Battle for Azeroth – What to do when you reach level 120

Hint: You may have to do a world quest or two…

So, you’ve picked up World of Warcraft’s latest expansion, Battle for Azeroth, hit level 120 and now you’re wondering what you should do first? Whether you’re planning on raiding, running Mythic+ dungeons or just making a profit on crafting, you’ll want to start looking at getting better gear; the first thing you’ll notice on hitting level 120 is that all enemies suddenly hit like a truck.

You’ll need to finish the main storylines for each of the three zones for your faction – Zuldazar, Nazmir, and Vol’dun for Horde, Drustvar, Stormsong Valley, and Tiragarde Sound for Alliance. This will ensure you’re at the ‘Friendly’ reputation level with each of them and will  unlock the world quests. The good news is that this only needs to be done with one character, subsequent characters you level up will automatically have world quests unlocked.

If you’re unfamiliar with world quests, they are repeatable quests that appear randomly on the map and will reward you with relevant faction reputation (depending on which zone you’re in) as well as a reward of either gold, gear, azerite or a reputation bonus. New world quests spawn twice daily so it’s worth checking often to see what’s new. They’re also a good way to gear up early on as every non-azerite armour piece has a chance to titanforge (upgrade) to a higher item level.

World quests are also the only way to gain reputation with each faction once you’ve finished all the zone quests. Each reputation level will unlock specific items with the relevant vendor, such as pets, mounts, gear, and crafting recipes. You can also pick up a Contract, either from the Auction House or craft one with the Inscription profession – these will give you 10 reputation with your chosen faction for every world quest you complete.

It’s also worth remembering that you’ll need to reach Revered with all factions to complete the Battle for Azeroth Pathfinder Part One achievement, the first step to unlock flying.

The War Campaign is a series of quests that focus on the hostilities between the Horde and the Alliance. You’ll be sent to the opposing faction islands to unlock outposts. These will, in turn, give you easy access to the world quests there.

A mission table will also be available, similar to the Order Hall missions in Legion, allowing you to send followers on missions for reputation tokens, gold, and azerite rewards.

Completing the War Campaign storyline will grant you the ‘Ready for War’ achievement, part of Battle for Azeroth Pathfinder Part One. Island Expeditions are unlocked at level 120 and are a good way of acquiring azerite. Following a short tutorial, you’ll be able to queue up for these with up to three other players. The objective is to acquire more azerite by killing enemies or mining than your opponents.

You can choose normal, heroic, mythic, or PvP difficulties, the latter pitching you against players of the opposing faction. Each expedition completed will award you azerite power and once you’ve filled up your weekly bar – the progress of which can be viewed by clicking on the Island Expeditions table – you’ll gain a huge chunk of azerite power and reputation with either the Honorbound or the 7th Legion, depending on your faction.

Normal dungeons can be queued for while leveling and at any gear item level. They award gear with a 310 item level when queued for at 120.

Reputation you should prioritise

The zone-specific reputations are the easiest to farm, while those listed here require more effort for (arguably) greater rewards.

Champions of Azeroth – This will allow you to increase your Heart of Azeroth by 15 item levels everytime you gain a reputation level (Friendly, Honoured, Revered, etc.)

Honorbound (Horde) / 7th Legion (Alliance) – This unlocks main story quests for each factions War Campaigns at various reputation levels. You’ll be able to purchase follower missions that allow you to unlock outposts in the opposing faction zones, giving you flight points and making it easier to travel to the world quests there.

Most of the world quests on the opposing faction zones will grant this reputation, as well as the Island Expedition weekly reward. Gaining Exalted with this faction will unlock the Allied races, Mag’har orcs for Horde and Dark Iron dwarves for Alliance.

Tortolian Seekers – Gaining this reputation doesn’t unlock anything tremendously exciting but if you’re a crafter, you’ll want to unlock the recipes that they have available.

This reputation isn’t linked to any specific zone so you’ll have to search around to find the limited number of world quests available, spread out across the islands. It’s worth keeping an eye out for them as you’ll need to be Revered to get Battle for Azeroth Pathfinder Part One.

That’s our list for things you can get up to once you’ve hit that level 120. But what about you? Do you think we’ve missed something? Let us know what you’re getting up to if you’re level 120 or how you’re finding Battle of Azeroth in the comments below. 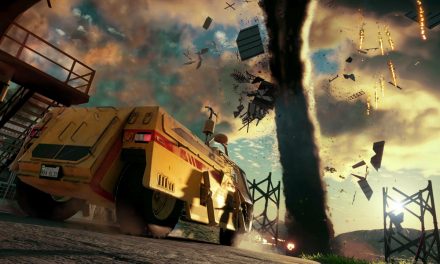 One Hour Tour: The Evil Within 2