It’s the Sunday papers but on Saturday… it’s the Saturday Papers.

Ello, ello! It’s Saturday morning, you’ve got the whole day to chill out, you’ve obviously got a cup of tea in hand, a pastry on a plate, and you’re looking to catch up with the biggest stories of the week. And lucky for you, you’ve come to the only place you need for all of that, with our weekly news roundup. So, let’s get to it.

Telltale Games set to call it a day

Telltale, the studio behind games like The Walking Dead, The Wolf Among Us, and – my personal favourite – Tales from the Borderlands, has laid off the majority of their staff and are in the process of closing down for good. In light of the news, some reports suggest that the titles that were under development have now been cancelled, with The Wolf Among Us 2 and Stranger Things both having been cancelled according to US Gamer.

The news comes after a year filled with “insurmountable challenges” according to the company. CEO, Pete Hawley, said the company “released some of our best content this year and received a tremendous amount of positive feedback, but ultimately, that did not translate to sales.”

He closed the statement by saying that with “a heavy heart, we watch our friends leave today to spread our brand of storytelling across the games industry.” The exact number of those laid off isn’t yet known, but Telltale has said that more details on the future of the studio and those involved will be made apparent in the coming days.

Shadow of the Tomb Raider off to a shaky start

We all know that sales numbers are rarely the be-all and end-all of games, especially iconic ones. But the opening weekend (we can use that term for games as well, right?) for the latest instalment in the rebooted Tomb Raider series – Shadow of the Tomb Raider, saw its sale numbers down 70% when compared to how Rise of the Tomb Raider got on.

There could be a few reasons for this, digital sales aren’t taken into consideration, Spider-Man came out the week before, and there’s plenty of other games releasing over the next few months, so it could be that people are just putting off picking up Tomb Raider simply because of money.

Either way, there’s been no sign of Square Enix sweating about the figures as it was up against a Spider-Man which became the fastest-selling PlayStation exclusive.

It seems like every week Pete Hines is giving me a little bit more to write about. Last week it was his confirmation that Wolfenstein 3 was in the pipeline, and this week Hines has let slip that he’s “privy to some stuff” about the next PlayStation and Xbox in an interview with The Telegraph.

Before you get your hopes up (which might be a bit my fault), Hines obviously wasn’t able to go into any specifics or really tell us anything about the new consoles, but he did voice his concern about how much of an impact either console will make. Using the jump from PS2 and Xbox to the PS3 and Xbox 360, Hines said that both were major shake-ups for players and developers because of the introduction of HD graphics, he said because “we went from the old way to HD and the HD thing was so dramatic. It was night and day. Then you went to Xbox One and PS4 and it wasn’t like ‘woah’. The graphics folks that are super into it can certainly tell, but to the average consumer they were like ok it still looks good.’

Hines put little emphasis on the visuals we might get from the new consoles, suggesting instead that “What really matters is what the developers think. What do they need and what are the kind of power and features they are looking for.”

While Hines wasn’t able to tell us much, the news here is that both consoles are apparently quite far along, with studios and developers possibly not going hands-on with either, but at least aware of the specs that the rumoured PS5 and “Project Scarlett” have as we start on the road to their possible 2020 release.

Since EA decided to ignore the gambling regulations around loot boxes in Fifa 19, which has opened up a criminal investigation with the Belgian regulation body, 16 other regulatory bodies for gambling have teamed up to address the issues surrounding loot boxes.

There’s no concrete policy that these bodies are looking to impose, but the soft-pitch from the UK gambling regulator is that they want to play a role in ensuring that “games providers must also ensure that features within games, such as loot boxes, do not constitute gambling under national laws.”

A big part of making sure these lines between gambling and gaming are defined more clearly will be done through clamping down on third-party bodies who promote loot boxes – like some YouTubers – but how much of a role they can play in this remains to be seen.

158 people have been laid off after Capcom closed its main western-based studio in Capcom Vancouver, the Japanese publisher confirmed the news to Kotaku on Tuesday.

The Vancouver studio began life back in 2005 as Blue Castle Games, before being acquired by Capcom and renamed after their work on Dead Rising 2. Since then, the studio had developed Dead Rising 3 and 4 as well. Capcom said in their statement that, “as a result of reviewing titles in development at Capcom Vancouver, Capcom has decided to cancel the development projects at this studio and will concentrate development of major titles in Japan.” In those “development projects” many thought that a Dead Rising 5 eas in the works, though nothing has been confirmed and it’s unknown whether – if the game does exist – any development would continue.

The publisher has said that a “skeleton crew” will remain in the Vancouver studio until 2019 in order to close up operational tasks. It’s always sad to see studio close its doors, and we wish all those affected the best of luck in finding new work quickly!

Quite a bit happened with mini-consoles this week

Right, okay – it looks like the age of mini-consoles is not fully in motion as Sony introduced the PlayStation Classic. The Classic will arrive on December 3 and comes with 20 pre-loaded games, five of which have been announced. But that wasn’t the only story we had during the week.

Because whils#e Sega released their Sega Ages Collection on the Switch this week, with Sonic the Hedgehog and Lightening Force: Quest for Darkness being the first two titles released, their Mega Drive Mini has been delayed until 2019. It was only Japan that was supposed to get the Mega Drive Mini this year, but Sega have since decided to hold a worldwide release for the machine next year instead. And in the middle of the Mega Drive being delayed and the PlayStation Classic being announced, Nintendo may have let slip that an N64 Mini is in the works. A recreated N64 wouldn’t be a surprise, with Nintendo having already cashed in with the Mini NES and SNES in the last couple of years.

The news came to light after Nintendo trademarked an image of an N64 controller in a style that’s extremely similar to the designs of the NES and SNES controllers that appear on each of the boxes for those mini-consoles. A micro-size N64 would be pretty great, though we’re still waiting on a real confirmation – and we may well be waiting for a while.

Just a quick one to wrap things up this week. Rockstar announced that Red Dead Redemption 2 Online would be coming to PS4 and Xbox One in November. But any date for a PC release of the game is still up in the air – enter Devolver Digital, who kindly offered to take on the role of publisher for the game. Have a look at their tweets below: Rockstar hasn’t yet agreed to the deal but – if we’re being realistic – an agreement is surely on the way.

Got a piping hot news tip? Drop us a message and tell us about it! 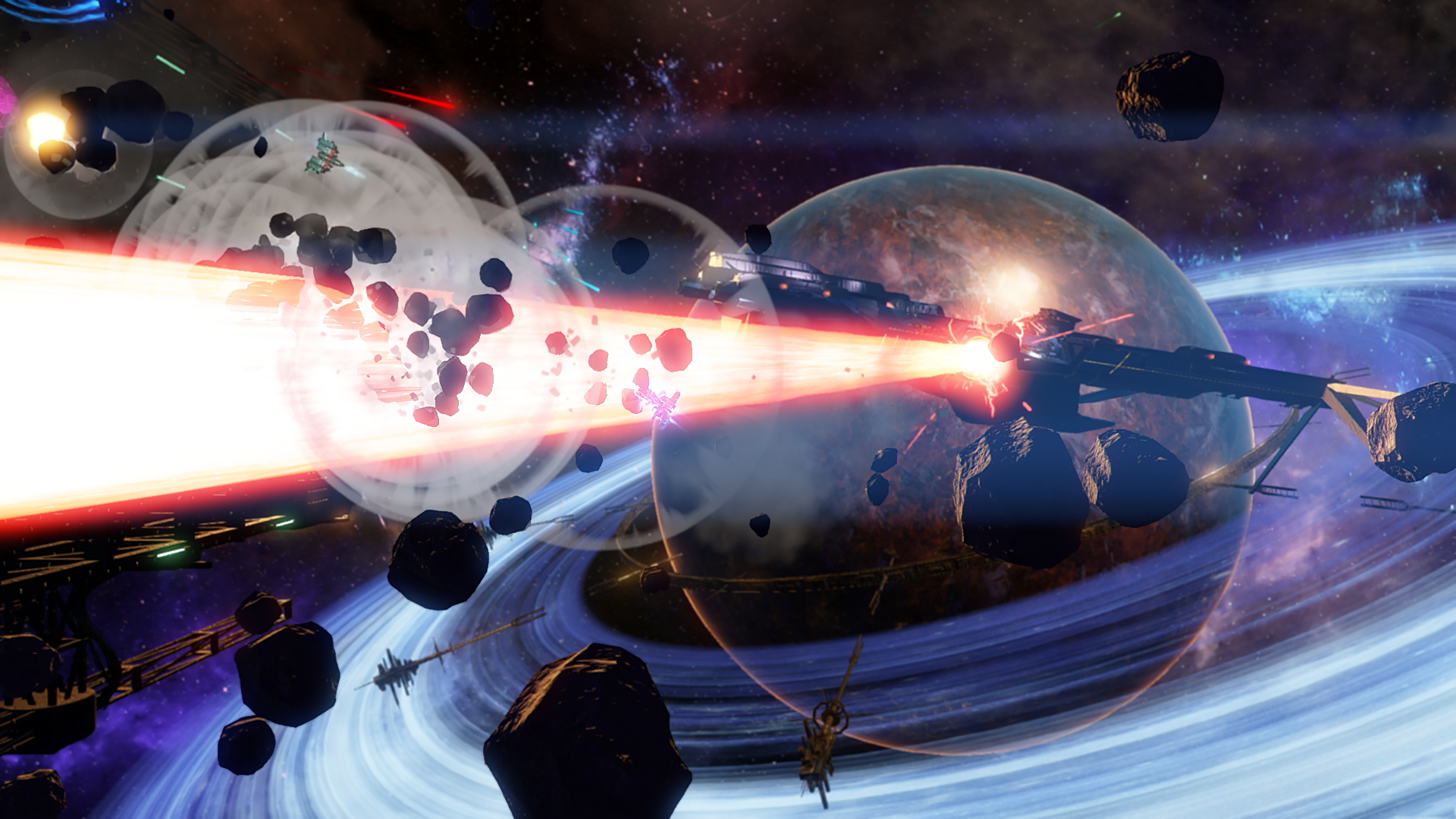 The Problem with Historically Accurate Games 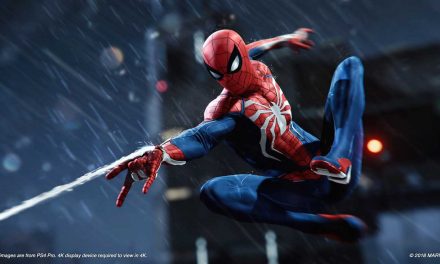