Review – Castlevania Requiem: Symphony of the Night & Rondo of Blood

The latest in the slew of remakes, collections, and remasters,Â Castlevania Requiem: Symphony of the Night & Rondo of Blood actually came as somewhat of a surprise. With the recent launch of the second season of the anime over on Netflix, Konami has sent the hype train to yet another station – the PS4. With a whopping total ofÂ thirty one gamesÂ to choose from, according to Wikipedia, they weren’t exactly short of material for their collection, and they’ve combined two of their favourites into one package. How does it hold up in 2018? Well, you’ll find out…

In case you weren’t aware with the long history of the Castlevania series, Rondo of Blood came out on the PC-Engine in 1993, and was actually the first in the series’ history to be released on CD-ROM (and now I feel old). Symphony of Blood came a little later, in 1997, for the PS1, and switched up the formula a bit by adding RPG elements, the ability to explore, and platforming. The two games have had some visual tweaks; they’ve been upscaled for the PS4 with higher resolution backgrounds, as well as scaling to enable the levels and display to become full screen, and also has sounds play through the PS4’s controller at certain points. Apart from that, it appears to be relatively untouched from its original state, which is great for all you retro purists out there who are already panicking about the Final Fantasy VII remake.

On the visuals side, it does look good – the colours and backgrounds are vibrant and popping, enticing the players in and making you forget that these games are well over twenty years old. It’s a lovely edition to the PS4’s lineup, with grim, eerie settings and monsters roaming the levels, which made it a great Halloween aesthetic when you tied it in with its release date a few weeks back.

However, leaving the graphics untouched also means that the controls and gameplay are untouched. Like with a lot of ported retro games, or even ones that simply emulate their style (say hi, Fast Striker), there’s always going to be a serious amount of git gud involved, making what looks to be a deceptively simple game turn into a hell of a time sink. For people who aren’t familiar at all with the title or franchise, or simply don’t play a lot of 2D side scrollers,Â Castlevania Requiem: Symphony of the Night and Rondo of Blood are almost brutally punishing. While they’re a tad more forgiving than the likes of the aforementioned Fast Striker, you have to be very precise with your attacks and have a fair bit of patience before you actually progress. You’ll die, a lot, and traversing levels becomes a lesson in trial and error pretty damn quick.

Unfortunately, it becomes a lesson in button mashing, flailing wildly at things, and dying a cheap death at the hands of thatÂ goddamn purple dragonÂ over and over again, because tutorials and being able to rugby tackle a giant lizard several hundred times the size of you is clearly the invention of modern gaming. This, I feel, is what lets the collection down for those who are both new to the series, and to the genre. I had no experience with Castlevania games until today, only knowing that it was something to do with vampires. There are fans out there who are thrilled to be getting one of their favourite games of all time on the PS4 – but what has it got to offer to gamers today?

Ultimately, I think this collection is running on nostalgia and familiarity, relying on the hype of years gone by for its mass appeal. For new recruits, the brutal difficulty setting and what quickly becomes an exercise in memory, they may find it harder to pick up, though I will point out that it is worth slogging through for the story alone. If you’re looking to get into a new series, or just wondering what on earth all the fuss is about, I’d recommend picking it up, especially considering you’re getting two games for an absolute steal of Â£16.

Castlevania Requiem: Symphony of the Night & Rondo of Blood is rated PEGI 16 for “bloody violence in an arcade setting,” and ESRB T for Teen for “blood and gore, partial nudity, and violence.” It’s a game about vampires, mostly made of pixels anyway, so I’d say 12+ is fairly safe.

Disclaimer: This review is based on a review code provided by PR for the purposes of this review.

LEGO Harry Potter to return on the PS4

Had You Forgotten About Jurassic World Evolution? Here’s Something To Remind You! 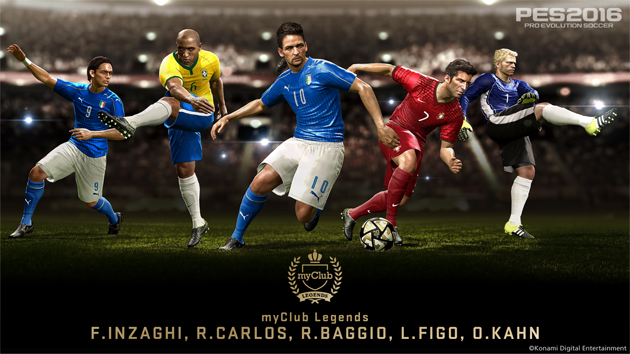