Despite what Google keeps trying to insist, this is most definitely not God of War. GODS Remastered is the complete overhaul of the 2-D action classic by the Bitmap Brothers back in 1991, which really doesn’t seem all that long ago until you remember 2007 wasn’t three years ago.  Gone are the neon, blocky pixels, and ushered into its place is a smooth and stylish platformer where you’ll fight your way to godhood, and despite its irritating moments, it’s well worth your time.

The thing I like about GODS Remastered is that, at its core, it’s simple. You’re Hercules, a muscular, helmeted warrior, who is storming the citadel of the gods, to take it back from the four guardians who have invaded it. His reward? Immortality. If, of course, he can dodge the guards, snakes, harpies, toad… things? All of which stalk the four worlds you’ll be navigating. The simple, linear platforming means that while there’s naturally a lot of back and forth searching for keys to open up the doors to the next realm, or the fabled treasure rooms, it makes good use of its limitations rather than being constrained by them. You sink enough time into this game, with patient, careful exploration and thought, and you’ll be rewarded, rather than frustrated with the cheap tricks the game is trying to pull.

When you’re not trampling around looking for keys, you’ll be swatting the monsters out of the way, mostly with your trusty throwing knife, which whips away from Hercules at lightning speed and at increasingly, hilariously ridiculous amounts when you pick up a fireball spell and start mowing down anything and everything in your path. As with a lot of old platformers, spawn points is key; if you mistime a dodge on the way in, you may well find yourself backed into a corner when the first enemy of a monster conga line spawns behind you, leaving you nowhere to turn. Dodging isn’t the game’s strong suit; you can crouch down to avoid projectiles, but can’t throw your own weapon, so you’re forced to spam your weapon and take the hits. Don’t even bother trying to jump over them.

This, I found, is where GODS Remastered falls short. Despite its absolutely stunning facelift, some aspects of the game still feel stuck in 1991. While the lovingly remastered backdrops and colourful enemies are a great environment to get stuck into (I was amazed at just how different the game looks when you click the thumbsticks and switch between new and Classic Mode), and it encourages exploration due to the scattered items and multitudes of lever puzzles, you can only explore the way the game wants you to. Jumping has this particular problem – the game propels you from ledge to ledge if you jump and don’t push in any particular direction provided you’re in the right spot, so if you’re aiming a little further away, closer, or even just over an enemy, you’re not going to get far – or just go tumbling to your doom.

This isn’t helped by the sheer amount of backtracking, either – to be honest, it’d probably be fair to tag this game as as exploration one as well, because those keys aren’t easy to find. While it genuinely feels like an achievement to finally get to the end of a level, it can become time consuming if you’re not lucky enough to find everything on the first go, or not played the original. It’s easy to die in this game, and the fixed camera angle doesn’t really let you plan and crane your neck to try and figure out if that’s a path you missed – you’ll just have to take a leap of faith and hope you don’t fall into a goddamned spike pit.

But despite the slightly dated controls, GODS Remastered does try and help you along the way. There are various help scrolls you can pick up, and instead of booting you back to the beginning of the game each time you die, which some old game seem to love doing, it instead saves at various intervals and respawns you there. Extra lives and health will sometimes generate in the levels, and while sometimes the lever puzzles feel somewhat nonsensical (and good luck finding a guide online for this one), it’s not a cheap, cheating tease. Rather, it quickly becomes apparent that GODS Remastered is a slowly burning marathon. Take your time, look around, enjoy that gorgeous menu screen song, and try and figure it out. If you enjoy this type of game, played the original, or even just fancied a challenge, I’d definitely recommend picking this up.

GODS Remastered is rated PEGI 12 and T for Teen for violence and blood. It’s fairly tame, so provided your kids are patient, I shouldn’t see the problem. 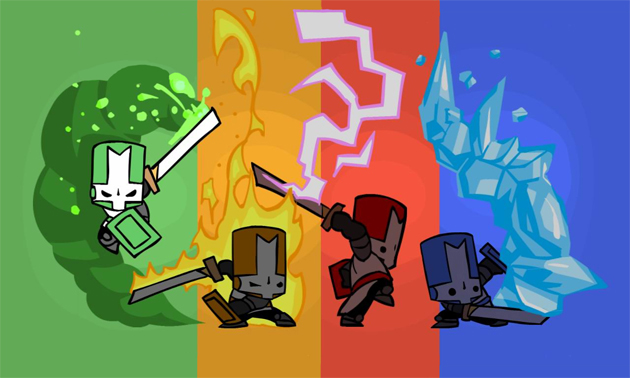