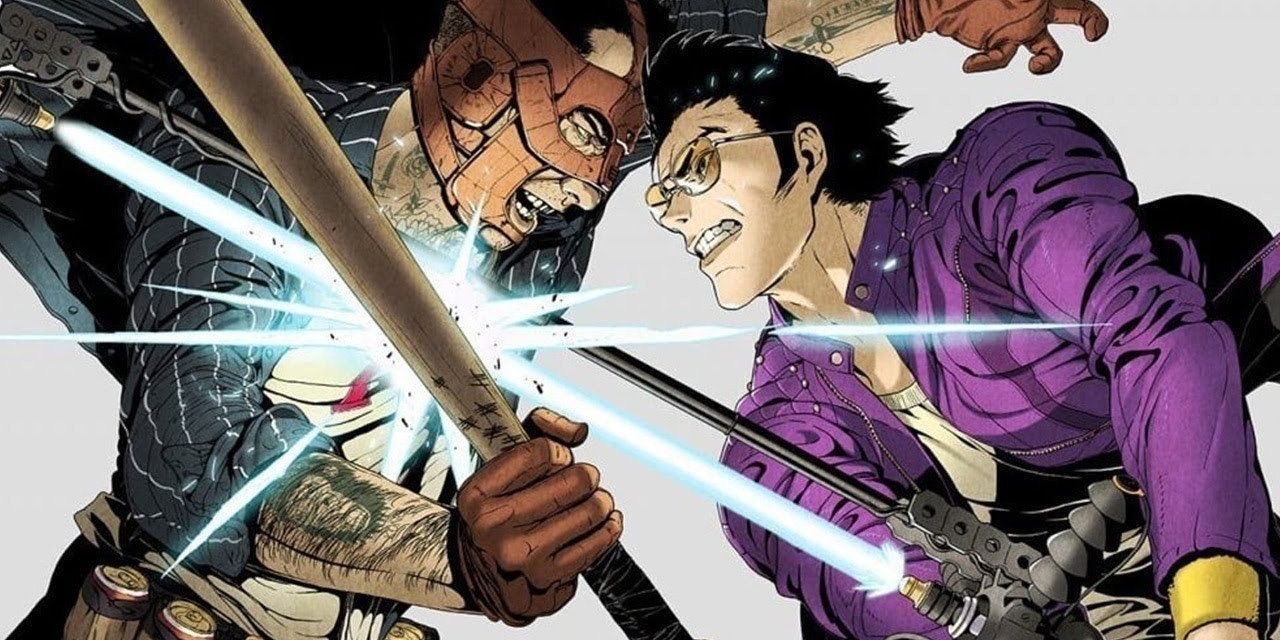 How do I love thee?

After Quentin Tarantino’s The Hateful Eight arrived way back when, a friend told me that the film’s Domergue’s Got a Secret scene pissed him off for being a pretty transparent love letter from Tarantino , well… himself. It was an act that included all the nuances of Tarantino’s back ; the all-knowing narrator suddenly making an appearance, the slow and methodical buildup to the climax, and the hyperbolic violence. All of these are just a few of those trademarks that you spot in that particular act. SUDA51’s long-awaited return to the No More Heroe’s series, in Travis Strikes Again: No More Heroes, hits a lot of similar notes to Domergue’s Got a Secret from The Hateful Eight, and depending on where you stand with the idea of a love letter to yourself, it’s either a pretty good thing or irritating.

That said, TSA is also a love letter to gaming itself; to the developers, the ideas, the players, and to all the unspoken rules that games stick to. It’s shown in the very makeup of the game, as TSA isn’t so much a single, linear title. Instead, it sees Travis getting his grubby hands on a console of legend, the Death Drive MKII, a nifty machine that transports the assassin to one of six gaming worlds using â€œDeath Balls,â€ (the name of the cartridge used for the console) also created with brilliant intros that feature some amazing B-movie acting. Each of these games is modeled on those classic games of yesteryear, except RPGs, sort of.

Basically, it means that while the game might follow a singular story, the gameplay changes up with every new game cartridge you find, taking you on hack and slash adventures, city-moving puzzle games, bizarre racers, donut filled platforming games, and much more. It’s a move that means the player is constantly having to relearn the rules of the game, with agility and nimble thumbs only ever taking you so far before you need to change up your focus. It’s a move that had a few fans of the series worried initially, but the way the game unfolds means that there’s always something new in store for players, and while every game feels familiar, having been built around the concept of retro arcade games, each one melds together to create a tapestry that pokes fun at itself while being a lot of fun to play.

One of the reasons that the game manages to merge different genres so well is because each one is still underpinned by the game’s biggest strength; the constant and chaotic combat. It’s the main focus of the game’s first world, but it appears in some aspect in all the other games that follow, meaning that players usually have to fight a horde or two of strange, jagged-shaped monsters as they move around from one task to the next. Sure, the combat is fast, and enemies stack up quickly, but what really stood out for me was how the game managed to tailor its combat to the Switch.

As you fight, your sword’s battery (yes, your katana has a battery) runs down. The way you recharge that battery is by pressing down the left analog stick and frantically shaking your Switch controller – or the whole bloody console when you’re using it as a handheld – until you hear a delightful sound that means you’re ready to start slashing away again. Similarly, your charged attacks that you build up through combos andâ€¦ eating ramen, add an extra attack when you shake your Switch controller after the first attack. Early footage of the game’s fighting led to a handful of murmurs that everything seemed to look a lot slower than previous No More Heroes titles, but it doesn’t translate over to playing the game. Being in the middle of a swarm of monsters, madly shaking your Switch controller to the point that dropping it becomes a legitimate concern, makes up for the admittedly slower paced combat. But it’s not as if TSA is now some Dark Souls styled game; that blink-and-you’ll-miss-it pace is still there in places, but you’ll also have to manage your energy and even think strategically during fights.

Of course, for each of the games that makes up TSA, you actually have to go out into the big wide world and find them. If you think that means you’re going to be exploring some kind of messed up open world, think again. Instead, these sections play out as visual novels; Travis meets someone, goes somewhere, has a long old chat, and gets another Death Ball. Intertwined in these sections are a lot â€“ and I do mean a lot â€“ of meta jokes. And in any case with this type of humour, the more you hear it, the less funny it becomes.

What I would say is that the writing for these sections is very well done for the most part, with conversations unraveling with strangers in burger joints, cosmic duos that you meet on the road, and even a few familiar faces popping up every so often. But when you’ve heard yet another joke about something being left out or something having to happen off screen because of the game’s budget, it veers away from being to almost being defensive. Where that really pays off is during moments where Travis refers to things other than the game’s development, a moment where Travis calls Deadpool as â€œDeadpole,â€ is something that I still find hilarious.

Those jokes aren’t just confined to the adventure game moments, being guilty of seeping in perhaps a little too much during the game’s many boss fights. Again, the fights themselves are a lot of fun, offering up a series of strange, fairly bombastic boss designs that all follow the same rules. The main rule being not that the boss phases change, it’s the fact that pretty much every time this happens, Travis has to comment on it. And while these remarks about phase changing or a mid-bosses role in the game are diluted as the game goes on, with Travis going from being an audacious loudmouth with â€œgamer-tude,â€ to quietly admiring the bosses he’s facing, it’s a recurring theme that probably doesn’t need to be as pronounced as it is.

But just when you think you can’t take another reference, the game pops up with something new that somehow manages to undo all the cynicism you’ve built up. It’s the moment where Travis enters the game like the Terminator, the huge catalogue of t-shirts you can dress him in â€“ all of which feature the logos of games outside the series – or the inclusion of a few choice other bits and pieces that come along at just the right time. They’re used to buff out the game and it’s these moments where the game’s love letter-esque style feels far more genuine.

It feels strange that so much of this review ended up focusing on the tone of the game, but where everything in its writing is so pronounced, it’s a part of the game that makes up one pillar of Travis Strikes Again. I’m not saying it lets the whole game down or even that it lets itself down. It’s more the feeling of being beaten over the head with the same joke, to the point that it feels like the game is making excuses for itself that simply aren’t warranted, that really grated me. The other pillar, the game’s combat, does its job and it does it well. The combat never really stops being fun, especially when enemies come thick and fast, massing together to create gangs that lunge toward you at once. And the premise of the game, if a little worn, is realised so well, crafting together a handful of games that perfectly encapsulate the simple titles we all spent too many hours of our childhood playing and replaying.

Fans of the No More Heroe’s series, don’t worry; this game is still made with you in mind. It feels like Travis Strikes Again is like a retrospective for the charming SUDA51, a game that’s allowed him to look back and consider everything that’s bought him to this moment in time, and while the game bleeds that chaotic fun, just under the surface looms that sickly nostalgia, painting everything with a morbid idealism that works so well. I’m not going to say that this is a game that you need to play, but it is one worth your time – whenever that is, just be sure to stop by and check on Travis, eh?

The gameplay doesn’t push any boundaries but the writing is another matter. Expect a lot of swearing and a lot of testosterone from Trevor â€“ he thinks he has to prove himself to all of you. 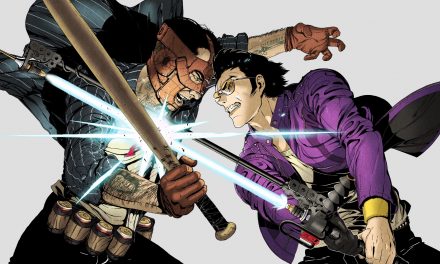 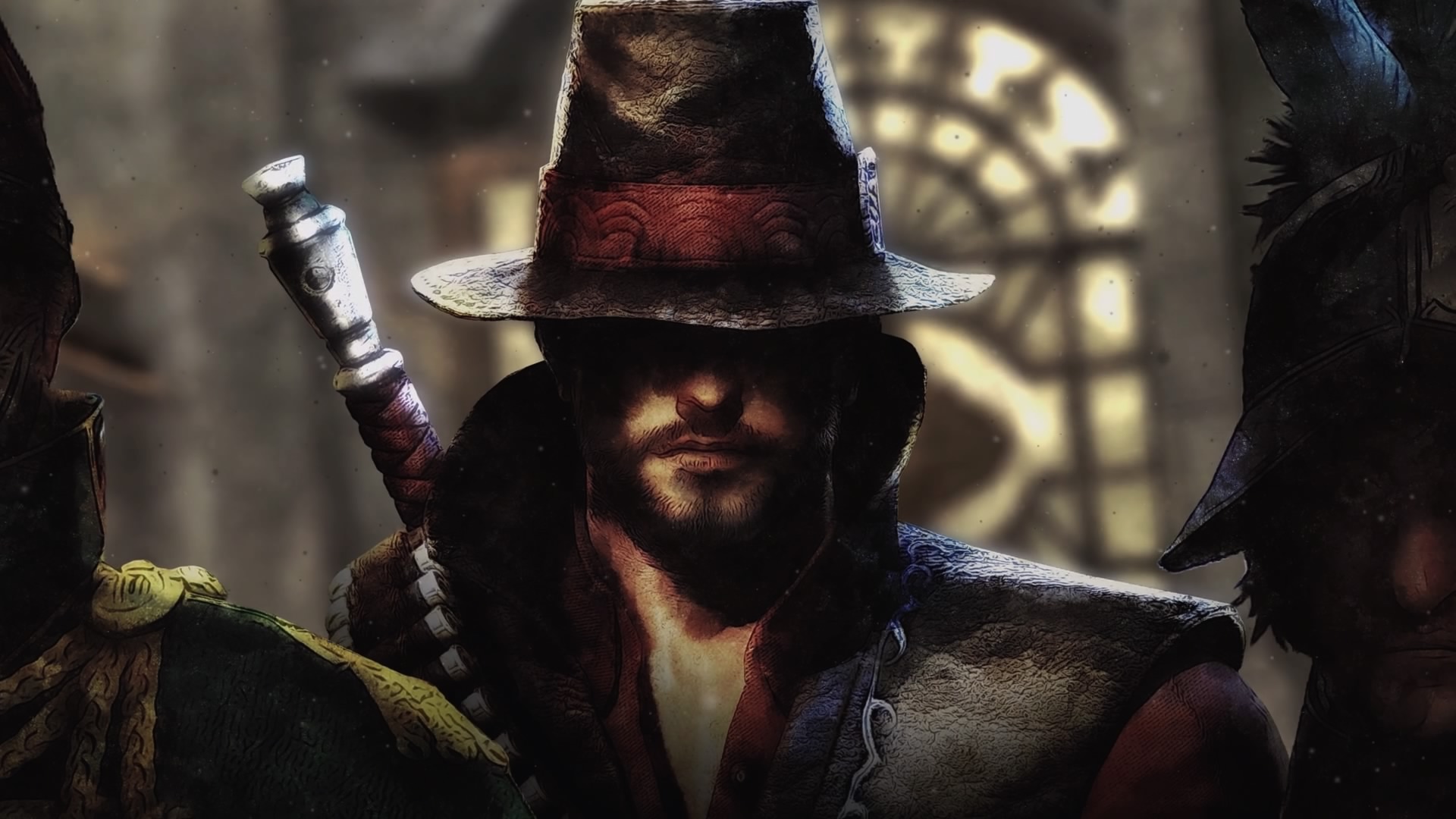