Illuminate… a brighter future… for BeyoncÃ©?

Demon Gaze II put me off dungeon crawlers for life. Schlepping around dark corridors one square at a time while you helplessly swear at a completed map because there’s a hidden door you’ve missed somewhere, and your last save point was three hours ago. Mary Skelter: Nightmares did a little to restore my faith, and Persona 5 is a very souped-up, very stylish dungeon crawler, but yeah, there’s little love lost between this genre and .

Therefore, I was surprised, and very pleasantly so, with Zanki Zero: The Last Beginning, because while it’s a complex mix of juggling a character’s needs, dodgy combat, and hauling items home so your cast aren’t stuck using the sole portaloo and scarfing down charred goat meat. It’s a game that makes dungeon crawling much less painful than I’m accustomed to, with a pace that picks up from the first minute and doesn’t let up. This is one for the collection.

So, what exactly is this game? That, my friends, is a damn good question. It starts with a guy jumping off a building and being woken up on a beach by a little girl missing half her limbs. Haruto Higurashi, along with seven other people, have all been taken to a weird deserted place called “Garage Island,” which is surrounded entirely by water, and oh, ruins of Tokyo drifting up to shore. No one can remember how they got there, how long they’d been asleep, and where exactly the rest of the world has gone.

Turns out, the incredibly unsettling TV show, “Extend TV,” has some answers for our protagonists, which unfortunately raises yet more questions since A) it’s the only working piece of equipment on the island, and B) it’s hosted by a cartoon sheep and weird boy who seems somewhat self-aware, narrates in real time, and apparently knows a lot more than they’re letting on. Each of the eight characters clones, that have been brought to Garage Island to kickstart humanity again. Only trouble is, they rapidly cycle through age stages and die in thirteen days, but thankfully, they have a way around that! Each character has a metal X stapled to their stomachs, and can conveniently be detached from their dead bodies after they die, and resurrected as child clones with something called the Extend Machine, which can somehow create perfectly healthy clones of children in under ten seconds.

As you can probably gather, there’s a lot to unpack here (and to be honest, it’s about what you’d expect from the creators of Danganronpa and Nine Hours, Nine Persons, Nine Doors). At its core, the game is a dungeon crawler, and this goes hand in hand with the story, dangling its enticing plot points ahead of you to get you into those dungeons. You explore the various ruins, find the various parts for the Extend Machine and hopefully improve your sad clone lives, and find out about the horrible things people have done along the way. Unlike a lot of JRPGs, the pace thunders forward at a steady pace, balancing plot and dungeon crawling quite nicely, and enough so that you won’t be bored in between.

The crawling itself is pretty well handled – you can change the music any time you want, so that’ll stop you going completely insane (and, quite amusingly, the characters can jump in and change it themselves if they feel like it), and the maps, while big enough, aren’t so massively confusing that you’ll wind up going in circles, with a helpful roster of markers on the mini map. On the other hand, there was the truly bizarre decision to only allow you to move using the D Pad rather than the left thumb stick, which really ends up painfully cramping your hands up after playing for hours at a time. You can’t freely look around, but instead just click things with the right stick, and it seems an incredible inconvenience for such a lengthy game.

But it’s not all just dungeon crawling – the clones age rapidly through four cycles over thirteen days (child, adult, , elder), and you’ve got to balance reviving them along with keeping them alive for those thirteen days to start with. quite a few mechanics for base building, cooking, and upgrading your weapons/armour that thankfully too complex, and turn into item gathering missions, and it works in your favour to do as many as possible. See, Garage Island isn’t a particularly pleasant place, so while you’re trying to solve the big damn mystery, you’ve also got Stress, Bladder, Hunger, and Stamina gauges to manage, meaning that while you’re frantically trying to cram upgrading materials into your pockets, you’ve also got to be lugging along enough food to keep the party fed, keeping an eye out for toilets, and seeking out a safe spot to sleep and recharge health, because monsters can and will sneak up on you.

While this could feel like a horrendous amount of juggling (and I’m sure it does on higher difficulties) I didn’t run into many problems with it, aside from sleeping days at a time and starving my characters by accident. The biggest gripe I had was the ageing system because you really don’t want a bunch of six-year-olds hacking monsters apart or a group of OAPs. If your characters die in a dungeon, you can’t revive them until you’re back at HQ, and there’s no fast travelling back to the previous floor. This would be fine, apart from the fact you age a day when you go up or down a floor in a dungeon, so tough luck if you’re four floors in and have to retreat.

There’s also a skills section you’ll be balancing, which doesn’t only affect combat, but general day to day life on the island as well. These skill points are gained through combat, but the combat itself also serves a further purpose – to gain you SCORE points. These are used to resurrect your characters each time they die, and you need to keep gaining these to ensure you actually can resurrect them. Bizarrely, the game actually rewards you for getting your characters killed in various ways, because it grants you an array of buffs that your character is resurrected with, and they get steadily more creative as you go.

It’s a shame, then, that the combat is downright awful. It’s an eclectic mix of free roaming and dungeon crawling, and you’d be correct in thinking it sounds like a very strange mix. You’re meant to circle the enemy and attack (either slashing one at a time with square or holding it down for a few seconds for a charge attack), then either scuttle sideways or dash out of reach to another square, wait for it to recharge and… do the same again. You also have to aim your attack with the right thumbstick, and the whole lot is clunky and awkward, and truly would have been better if they’d opted for turn-based, especially since it’s very easy for you to get backed into a corner and battered to death by an enemy.

That being said, I wholeheartedly recommend Zanki Zero. It’s an intriguingly dark plot that balances gameplay and story remarkably well. Though there are a few skeevy dialogue comments (yes, Sho, I am looking at you), it strangely adds to the atmosphere and idea that it’s meant to unnerve the player more than anything else. If you’re looking for a dungeon crawler with fresh ideas, a hell of a lot of gameplay, and doesn’t want to make you chuck your PS4 out the window, I’d advise you to pick this up and give it a go.

Zanki Zero: Last Beginning is rated PEGI 16 for “use of sexual expletives,” and M for Mature by the ESRB for “Blood and Gore, Partial Nudity, Sexual Content, Strong Language, and Violence.” There’s a lot of dark content and some uncomfortably sexual dialogue (that was mostly, thankfully, cut for the Western release), so I definitely wouldn’t recommend this to anyone under the age of 18.

Bedlam confirmed for a PS4 release! 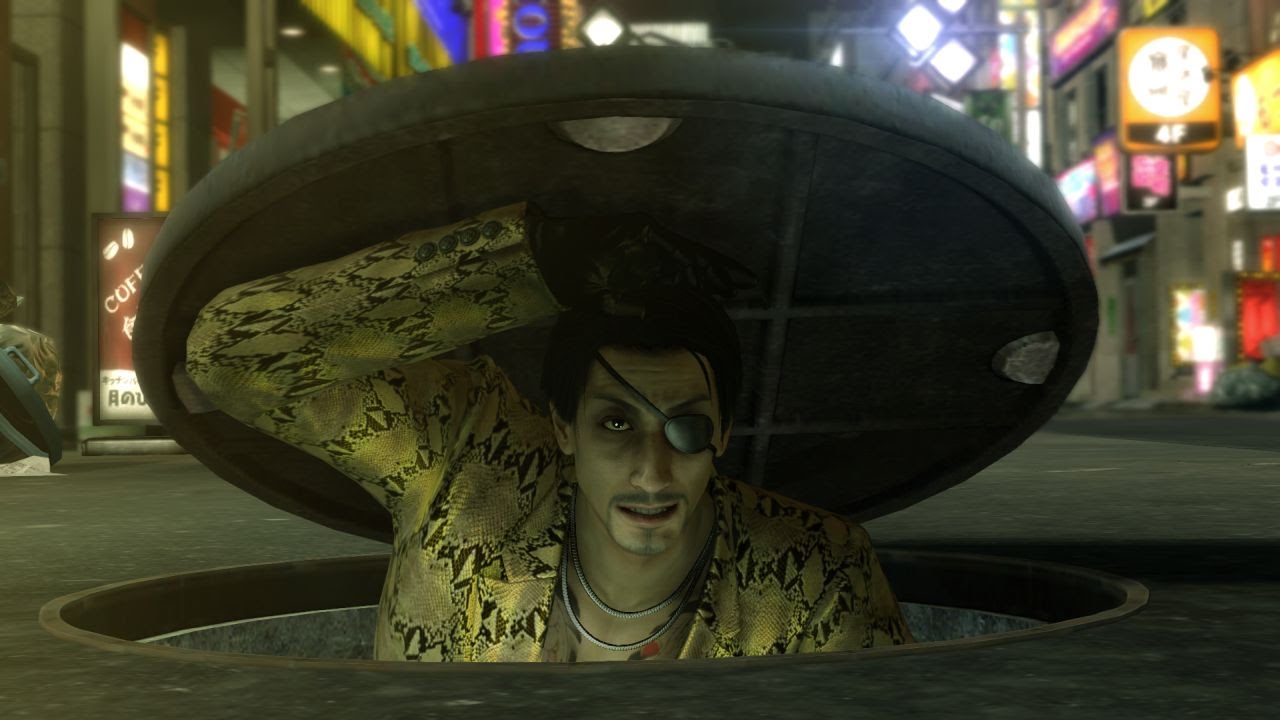 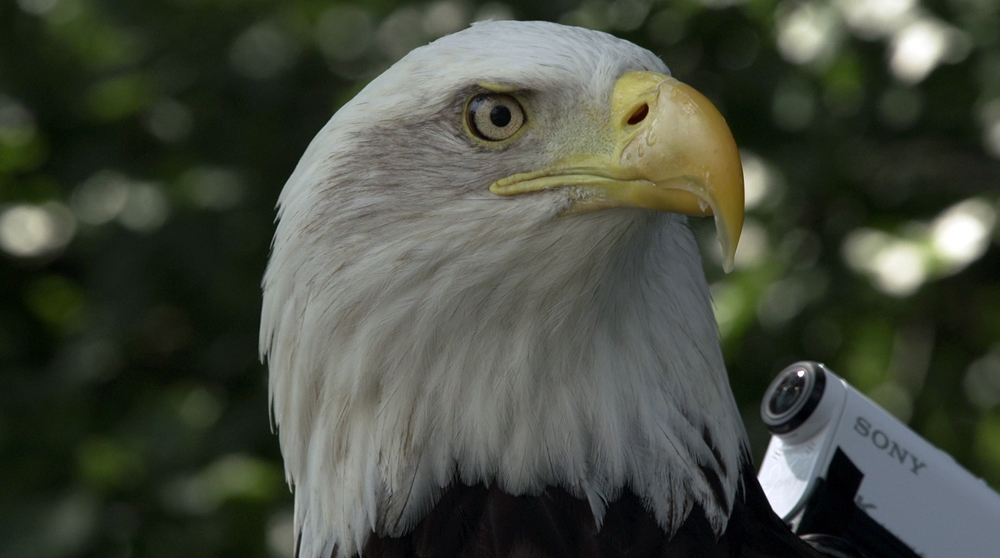 Get A Bird’s Eye View Of The London Skyline