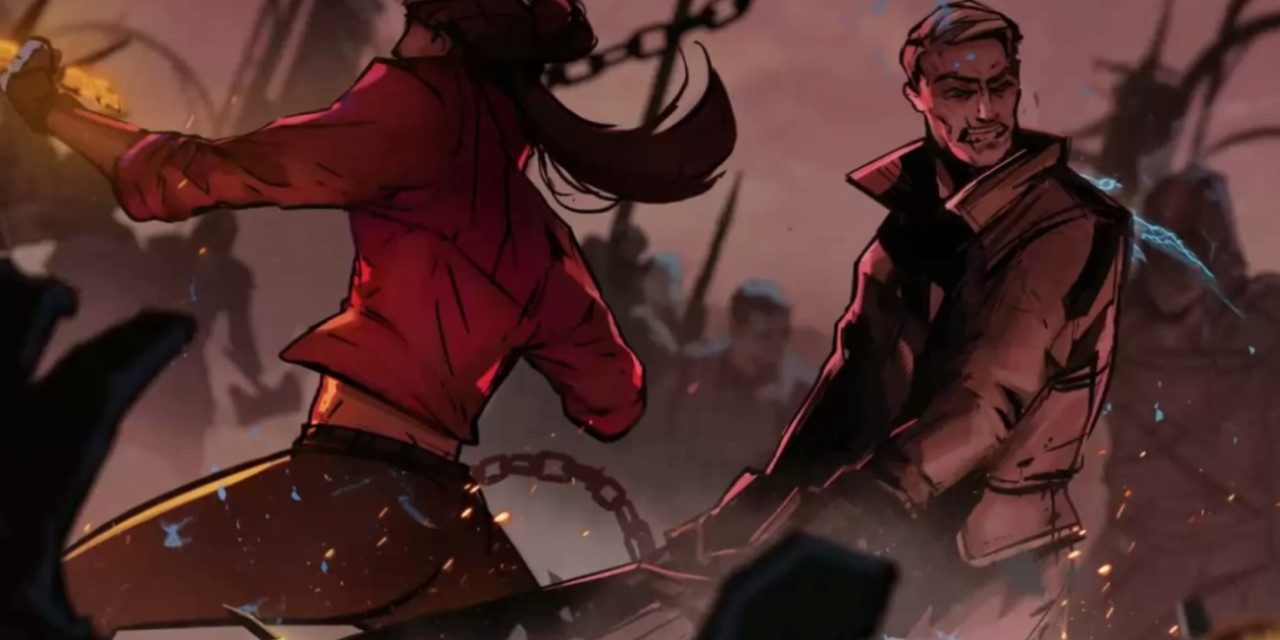 Harry and Judy Break into Heaven

We’re a little spoiled when it comes to top-down shooters; Hotline Miami, Ape Out – even Travis Strikes Again jammed it into the game. With so many to choose from, making a game that manages to stand out from the others feels like it’s an uphill struggle, and while God’s Trigger has some interesting bits and pieces, it’s a game that doesn’t stray too far from the path carved out by bullets from previous games in the genre.

The games stuffs you into the shoes of a theological paradox, with a homeless angel named Harry looking for a way to get back into heaven. He’s joined by a whip-wielding demon by the name of Judy; not exactly names that make you think you’re dealing with instruments of divinity or evil than it does the faces of a breakfast TV show. The duo are more than an unlikely crime fighting team, though, with each character offering different base weapons, special abilities, and teleporting skills. It’s this last one that proves the biggest difference between Harry and Judy, with Harry’s burst of speed being able to smash through walls for surprise attacks, while Judy’s short-range teleportation skill can get her through iron gates, being used as a puzzle tool or giving you a sneaky upper-hand in combat.

Using these movement skills cleverly is something that God’s Trigger manages to do pretty well, even if it’s limited by how it can insert natural ways for you to use these skills. Like I mentioned, alternative paths hide in plain sight in some levels, and where you can go quietly, it makes life a lot easier for you. the core gameplay these if God’s Trigger is â€œkill it before it kills you,â€ an idea that means you’re usually dealing with a couple or more bloodthirsty bastards at any given time. Since both Harry and Judy start each level with only a melee weapon, being able to dispatch enemies quietly is a nice touch to the game. Of course, eventually everything will go tits up and you’ll be painting rooms with blood using a combination of melee attacks and guns that you pick up from the corpses you’ve left behind.

As you’d expect from a top-down shooter, these chaotic gunfights are the crux of God’s Trigger, so it’s a little disappointing that it’s the most generic part of the game. Don’t get me wrong, it does the job well, and leaving a room covered in guts leaves you feeling like a job well done. The issue is that the game’s combat doesn’t offer anything different to what we’ve seen before. It’s a one-hit kill when enemies hit you, and those instant restarts are present and accounted for. But save for the game’s inclusion of stealth, which is realised very well considering the limitations a top-down environment puts on it, the combat in God’s Trigger is a pretty paint-by-numbers affair. Fun, sure, but hardly anything to write home about.

The campaign’s story does little to remedy this either. God’s Trigger kicks off with one of these two characters running around, chopping up angels in the hopes of escaping Purgatory before kicking off the main story which entails killing the Four Horsemen of the Apocalypse and breaking into heaven to put the brakes on the incoming apocalypse. Basically, four to five of Supernatural save for Castiel (Harry is a pretty dull guy). The story mode plays out as you’d expect, with Harry and Judy having to kill their way through rooms of lackeys before taking on each Horseman in boss fights that are actually pretty fun, while a grading system for each level offers enough to justify a second playthrough of some levels you just about scraped through the first time. It’s nice to see a campaign to inject a bit of extra incentive to crack on with the game, even if it’s a story that’s a little played out.

Along with that metaphysical plot, God’s Trigger also has an Arcade Mode, which plops you down in a handful of levels against an ever-growing number of chaps you need to murder. A nice touch to the Arcade Mode is that the types of enemies that populate each level always change, meaning that while the gameplay won’t ever stray from shooting or stabbing everything, the challenges you’ll come up against will be different every time.

Look, God’s Trigger has a couple of clever ideas. The inclusion of local co-op and the different strengths of Harry and Judy play well with the puzzle aspect of the game, while a well-realised stealth option gives you different options in your playstyle. But at its core, God’s Trigger is very much a formulaic top-down shooter, which isn’t a bad thing. It’s a lot of fun to play but it begs the question, is it worth it if you’ve played something all too similar already? I reckon God’s Trigger is worth a look if you enjoy those chaotic shootouts or challenging yourself with a stealth-only playthrough.

PEGI: 16 ESRB: M for Mature
Angels, demons, the apocalypse; God’s Trigger has some heavy subject matter about why we’re here and where we’re going. Oh, there’s also tons of violence and gallons of blood. 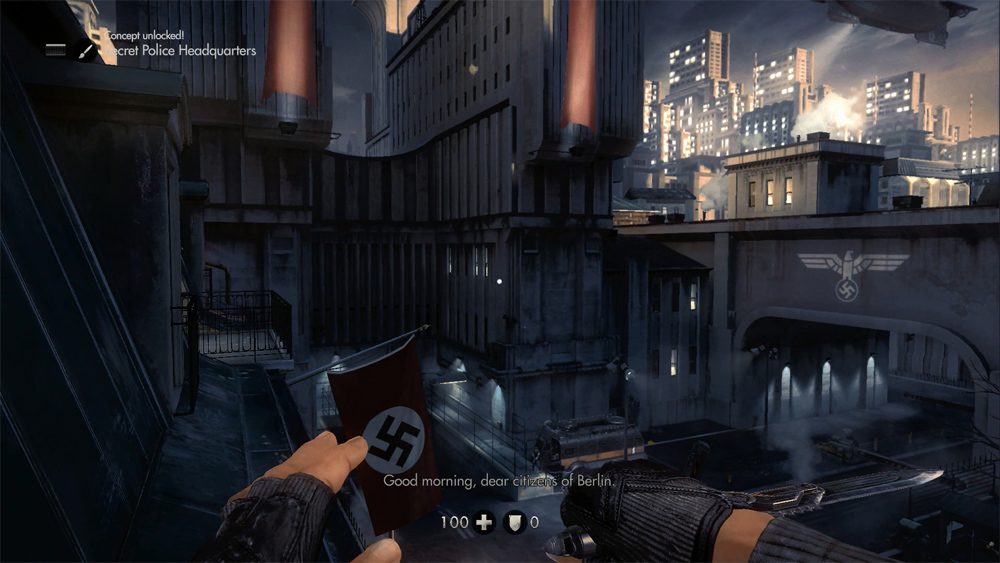