Pagan Online is a top-down, co-op, action-RPG which sees you running through dungeons wiping out hordes of demons while being showered with loot, crafting materials, and gold. Smashing breakable objects for additional resources and gaining buffs from shrines placed throughout the world only serves to add to the Diablo-esque feel. And while it’s a comparison that’s hard to avoid if you’re at all familiar with Blizzard’s action-RPG, that’s more or less where the similarities end.

You’re given the choice of three heroes – a melee damage-dealer, a ranged caster, and a tank – and a short tutorial introduces you to the basics of movement and combat. Upon reaching the Pantheon – the central hub of the game – you’ll learn that the gods that protected the realm have disappeared and it’s up to you to figure out what happened to them.

Pagan Online is broken up into bite-sized dungeons and maps, all tied together with an overarching story campaign. While this allows you to dip in and out of the game with relative ease, it also leaves the world feeling empty and without a great deal of depth. When you load into a story mission, you’re greeted with the message that a battle chest has spawned somewhere and will lock after X amount of time. This serves to add an extra challenge and gives a minor sense of urgency but you end up rushing through the area in the direction of objective indicator in the hope of beating the enemies as quickly as possible to claim your loot. The chance to earn more goodies is always a good thing but it comes at the cost of giving you little motivation to explore the maps fully, which is a shame.

Combat feels smooth once you get used to moving with WASD and all skills can be rebound to suit your needs, though the game does have controller support if you’re having trouble adjusting. You start with a couple of basic abilities and will unlock more as you level up. It’s tempting to just smash buttons and hope the enemies just melt away – and a certain amount of button mashing is inevitable while you get used to the keybinds – but don’t be fooled into thinking the game is easy. While the missions are quite forgiving early on, you’ll soon realise that conserving your skills for the most optimal usage and being aware of your hero’s placement becomes more important as the difficulty ramps up. And for those of you that really like a challenge (as well as more loot), there are two higher difficulties available once you reach a certain point in the main campaign.

Each map is broken up into ‘rooms’ so any large area you enter is likely to see demons spawn. You’ll need to defeat several waves before being rewarded with your loot. This can be made easier with various shrines that can buff you or explosives that can be detonated at the right time. A stash of health potions will get you through the tougher battles but these are limited so you’ll need to be careful not to run out before you take on the boss of the area.

Returning to the Pantheon between each foray gives you the chance to take a breather and it’s here that you can choose your next mission. You’ll start off with the story campaign but will soon be given access to additional content with Missions and Assassinations serving to add a bit of variation to how and where you farm additional crafting materials or gear. There’s also a vendor here – useful for selling the stuff you don’t need – and the all-important stash for freeing up a bit of bag space.

Crafting new weapons and gear is something you’ll want to start doing early on – apart from needing the gear you craft, you’ll gain experience which will lead to better quality crafted items. You’ll need the recipe, an appropriate base item, and the crafting materials required and if you don’t like the result, you can ‘reforge’ for a small amount of gold – and considering the recipe is lost in the crafting process, this is certainly helpful. The Pantheon is also where you’ll be able to upgrade your hero’s abilities. Both crafting materials and gold are consumed with each upgrade. Each ability has a simple skill tree though these have only one path to follow and will increase damage or reduce the cooldown, rather than change the way it works.

As well as gear and crafting materials, you’ll also be on the lookout for Hero Shards. These will allow you to unlock additional heroes – the two that you didn’t pick at the beginning of the game, as well as variations on each class type. While this seems to get around the fact that each hero is restricted a set playstyle, it also means that the loot that drops could also be for those other heroes. And in perfect Diablo fashion, the very first epic piece I had drop for me was for a hero I’d yet to unlock!

Despite some drawbacks, I found Pagan Online to be really satisfying to play. It’s easy to forget the game is in Early Access and I’m looking forward to seeing what Mad Head Games do with it in the future.

Fantasy violence as you’re beating up a lot of demons but nothing is graphic or disturbing. 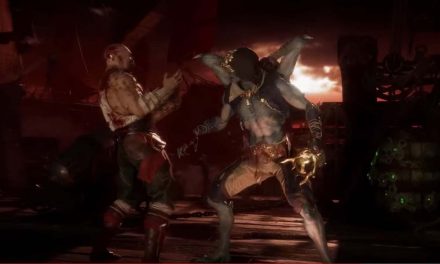