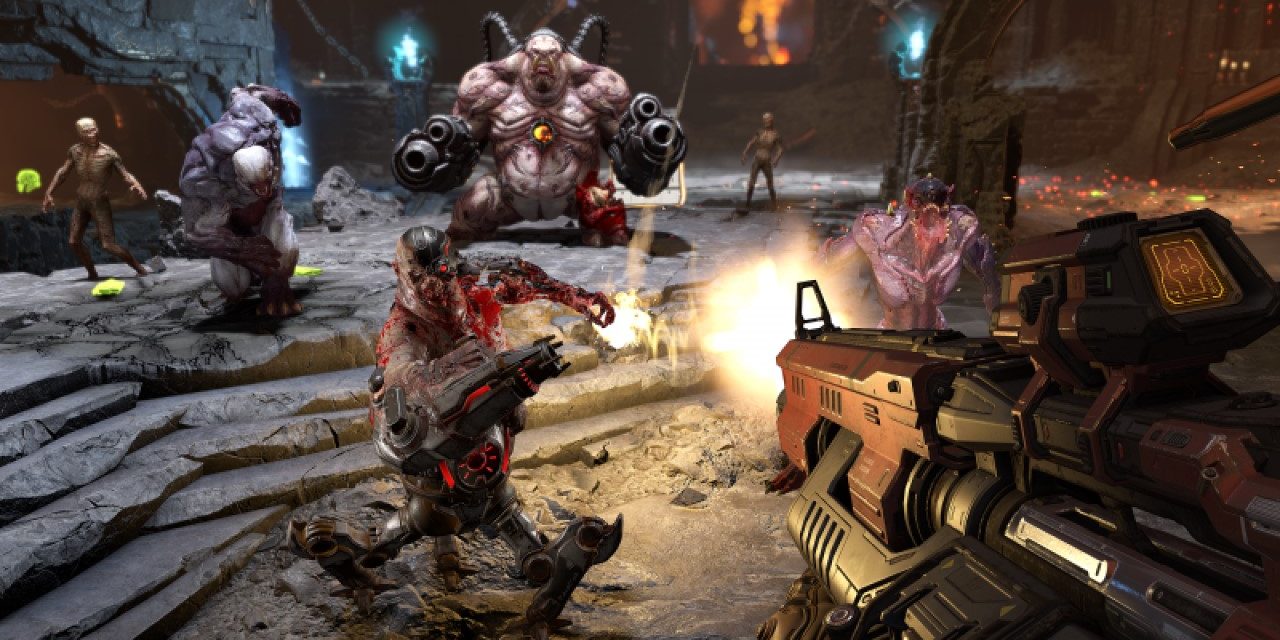 Doom Eternal will have third-person cutscenes when it arrives on November 22, meaning we’ll get to see that Doomguy in all his glory, with feet and everything.

It’s an idea that might feel a little alien to any long-time fans of the Doom series who have become used to seeing the demon slayer as an unmoving and expressionless chap. It’s that very reason that’s behind the change to Doom Eternal’s scenes though; speaking with VG247 (via Videogamer), id Software creative director Hugo Martin explained that the switch to third-person cutscenes meant that â€œwe could really boost the feel of who the Slayer is, what heâ€™s doing. It just gives you a lot of freedom to tell the story and represent the lore in a way thatâ€™s very approachable and understandable.â€

That push for Doom’s lore to be moved into the mainstream side of the game is something that’s apparently pretty important to Martin. He noted that in Doom 2016 â€œplayers really got into the lore, into the power of who he [Doomguy] is.â€ If you don’t remember these lore sections from Doom 2016 it’s because they were confined to storytelling rocks which you’d hit and listen to a spooky voice tell stories about the Doom Slayer. It’s a storytelling device that Martin liked but concedes that it leaves players â€œto stand there and listen to the rock for the most part,â€ he didn’t explain how much of a role the lore of Doom would play in the upcoming sequel but it sounds like it’s an aspect that the id team is keen to explore a little more.