Everything We Know About Final Fantasy 7 Remake

At last, the promise has been made.

It’s been four long years since Adam Boyes stepped out on stage during PlayStation’s E3 2015 press conference and introduced the long requested Final Fantasy VII Remake. The conference hall filled with cheers and screams of joy, ‘At last, the promise has been made.’

Then, news about Final Fantasy VII Remake went silent after PSX 2015 – no news, no videos, absolutely nada. but then flash forward to May 2019, we got a short trailer during State of Play with the statement more to come in June and oh boy! We got more during Square Enix’s press conference including gameplay details, special editions and those lucky enough to attend E3 2019 were able to get their mitts on a demo of Final Fantasy VII Remake.

Final Fantasy 7 Remake’s first episode is all about Midgar

The first part of the Final Fantasy VII Remake takes place entirely in Midgar but unlike the original back in 1997, Midgar will take more than 6-7 hours to clear instead Kitase-san stated that we are looking at a full size Final Fantasy game worth of content which on average could be anywhere from 30-40 hours and that’s keeping my expectations low.

Now, I hear people worrying thinking that Midgar will be spread far too thin but Kitase-san stated we are looking at two Blu-Ray discs for Midgar and that we learn more about minor characters such as Avalanche members: Jessie, Biggs and Wedge. Plus, just look at the recent trailers we’ve received and how much stuff was shown that wasn’t present in the 1997 version.

During E3, fans learned the harsh truth that Part Two of the Remake project is currently in the planning stages and that development will be smoother but Kitase-san isn’t sure if it will be faster.

It’s understandable as after Midgar is when the game enters the open world segment of Final Fantasy VII and with how big they’ve made Midgar, I can’t imagine the passion they are going to place in Gaia, the world of Final Fantasy VII. A YouTuber known as Maximillian Dood shared his story of what he saw behind closed doors and the passion said he felt from the staff as he spoke to them, I’ll leave the video above.

Final Fantasy 7 Remake has an unknown number of parts

That’s right, Square Enix are unsure on how many parts Final Fantasy VII Remake will be split into… We could be waiting up to ten years for that final showdown with Sephiroth in the Northern Crater.

This was clearly coming, we live in an age where people fall head over heels for a beautiful special/collectors edition. So, no surprise when Square Enix unveiled the £260 1st Class Edition for Final Fantasy VII Remake I immediately threw my debit card at the screen and as you can see it is god damn beautiful. I just hope they don’t do this kind of edition for each part… I mean, I’ll buy them because it will be four years until the next one anyway.

Amidst E3 2019, Square held a Symphonic Orchestra for Final Fantasy VII whereupon revealing the short version of their press conference trailer they unveiled the March 3rd, 2020 as the release date for the long-awaited part one of this epic project.

Also during Square Enix’s E3 press conference we got an in-depth look at some gameplay which you check out above, where they reveal character switching, how the ATB works and what tactical mode is, finally showing Cloud and Barret fighting the Guard Scorpion or Scorpion Sentinel as it’s called now. 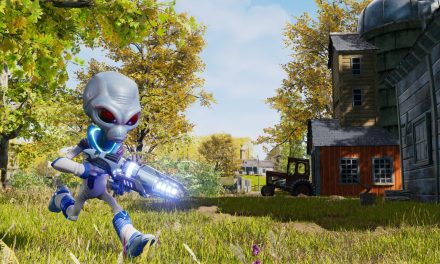 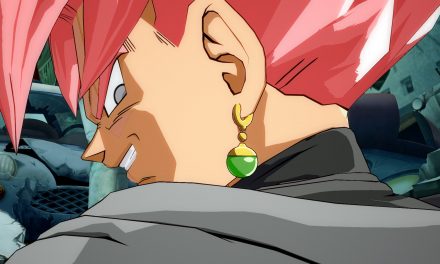 Dragon Ball FighterZ: A New Evil With A Familiar Face