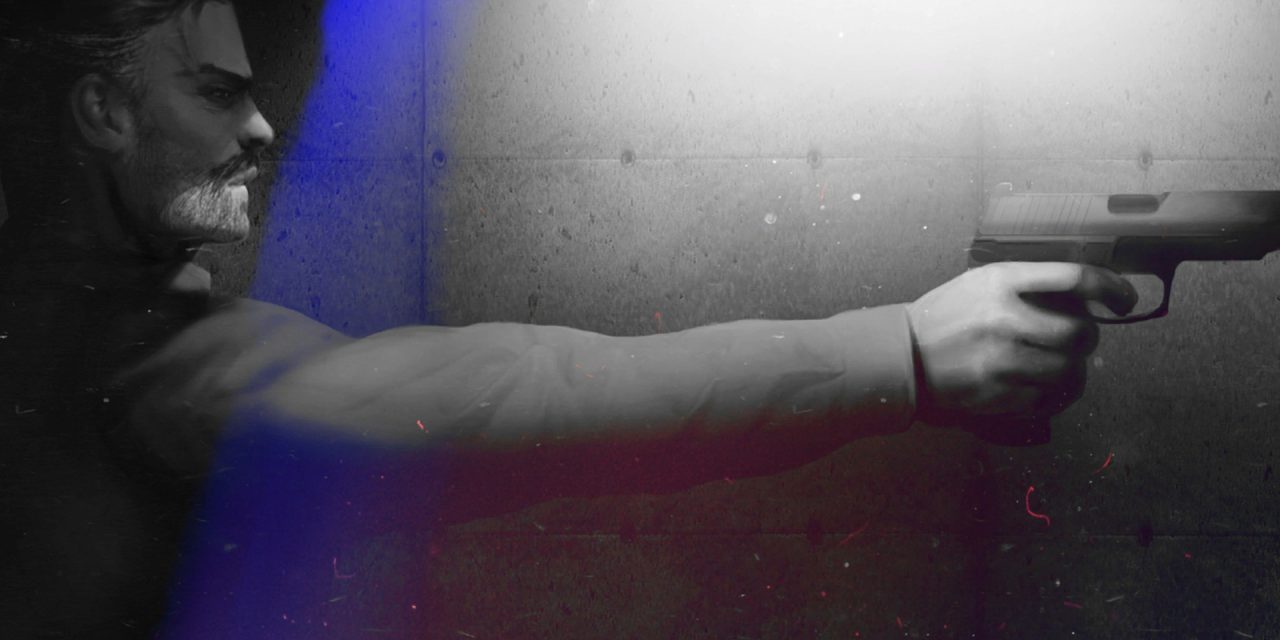 Welcome to Nova Polemos, the Eternal City, filled with dark streets, neon lights, and a thousand stories, all written in blood.

Sorry about that. I’ve been slipping into shady detective monologues for a while since playing an early version of Dry Drowning ahead of its PC release on August 2 before an Xbox One release next year. It’s a game full of smoking detectives, dames with gams that seem unlikely to quit (I’m doing it again), and mystery-solving gameplay that certainly veers on being formulaic at times, but makes up for it with a series of cases that pull no punches and a world that quietly turns up its dystopian dial brilliantly.

Dry Drowning is, in essence, a fairly run of the mill detective game. You play as the disgraced sleuth Mordred Foley, who’s pretty much an Aaron Ramsey lookalike that’s constantly smoking and incapable of wearing a coat properly. We meet Foley and his partner, Hera, as they’re slowly getting back into the rhythm of detecting following a mishap which landed two innocent people in an electric chair â€“ good times. Dry Drowning doesn’t really have much in the way of diversity, meaning that pretty much everyone in the game speaks and acts in a similar vein to Foley, giving way to a cast that’s constantly on edge, seemingly with something to hide, and all with a modicum of idealism that seems to glint every now and then.

It’s a lack of variety in character that â€“ rather strangely â€“ doesn’t do much to hinder the game, with guarded attitudes and sassy conversations all seeming to fit into the artillery used to verbally batter and chastise the hated-detective Foley. Of course, such a lack of diversity in personality does leave its mark in other way,s and the apathy I felt towards the cast for seemingly being created from a similar template is the most telling of those marks. Hopefully, the final version of Dry Drowning will show a little more flexibilty with its character personalities, though at the moment, it feels pretty stilted.

That same template feel of the characters does tend to lend itself to the gameplay at times; Dry Drowning does some very clever things in its story, but the bare bones of the gameplay is anything but daring. The cases you cover change with each chapter, the first of which has you hunting down a serial killer that’s reappeared after a few years of dormancy. It’s a grand start to the game, one that has you analysing and recreating the scene of a grizzly, ritualistic death which quickly leads to a short bit of environmental investigating, but it falls short once you begin investigating the people.

There are moments in Dry Drowning when you have to crack open new avenues of investigation by showing overwhelming evidence that contradicts the accepted story for a case, and it’s here that the cracks of the gameplay lurk. Picking the wrong piece of evidence only works to send you back for another round of Select the Evidence. Those on-rails sections of investigating are offset somewhat by other moments where you only have three attempts to piece together a theory, but even these moments are linear, with three fails winning you a game over screen before you load up and try again.

The jarring thing in this respect is that, on a larger scale, Dry Drowning does show that willingness to take that safety net away from the player. There are moments in each case where you’ll have to make decisions, stretching from hanging the phone up on your partner to deciding not to share evidence with the police, and these carry over and through the entire game, showing up to bite your sleuthy behind when you wish it wouldn’t. It’s easy to see why the developers opted against using this formula for the basic investigation in the game, with the threat of an ever-branching narrative more likely to derail the story rather than open it up, but as it stands Dry Drowning’s core gameplay suffers because of that lack of freedom in its investigation.

What continued to stick out for me throughout playing Dry Drowning were the nuances and intricacies of its world. Nova Polemos is, to put it simply, not a very nice place. Political extremism is running rampant, immigrants aren’t just looked down on, they’ve been purged, job opportunities are limited based on your intelligence and political allegiances, which are defined by a state-run Patterson test, and of course, the media is a propaganda tool for the far-right Black Bands party. What’s brilliant about Dry Drowning’s dystopia is that it refuses to shove all of this down your throat from the get-go; initially it’s just clear that there’s something off about the city. I mean, if a dead woman is tied to a tree with a lead arrow rammed into her chest, the chances are wherever you are isn’t very safe.

Instead of mountains of exposition telling you that Nova Polemos is messed up, the information comes in dribs and drabs, some you pick up on in conversation, some you read about in your inventory, but no one ever carries out an unwanted monologue about the grim underbelly of the city because you, Foley, and everyone you interact with is used to the city’s lack of charm. It’s this manner of finding out after the fact that makes the bleak future of Dry Drowning perhaps the most enthralling aspect of the game.

Dry Drowning does a lot of pretty cool things, none of them new or all that daring, but they’re still moves that lend to the idea that this detect-em-up has something to offer, even if that is just its world. The crux of Dry Drowning is perhaps its biggest flaw, with the core gameplay feeling restrictive and generic at times, though the game on a larger scale offers up a clever execution of branching narrative that’s always more than welcome, in my opinion. It could do with a bit more diversity in character dialogue, but the noir feel of the game and its gruesome murders have me excited to see what Dry Drowning can offer when it’s in its finished state.

Hit The Court This May With Tennis World Tour 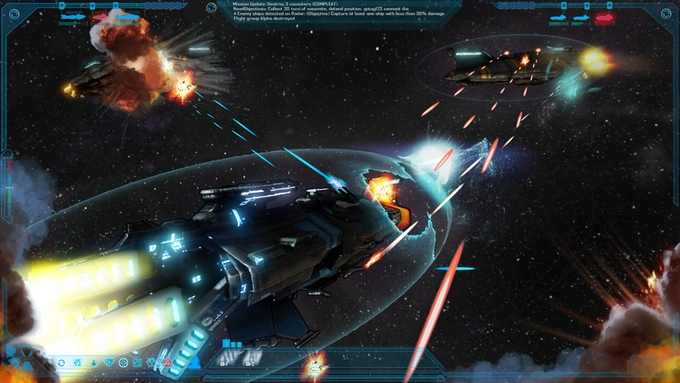