3 games to make you wait for christmas

The views, opinions and positions expressed by the author and those providing comments on this article are theirs alone and do not reflect the views, opinions or positions of GGS Gamer. There are sometimes affiliate or sponsored links in our articles.

Spring is finally here. The sun is shining, the warm breeze flutters the falling petals of the blooming trees, birds are chirping all around, butterflies flutter by, the grass is greener than ever before… and we’re all stuck at home, social distancing. At this point, the winter holidays seem further than ever before.

There are, in turn, quite a few things to look forward to this (winter) holiday season. For one, there’s the release of the two next-gen gaming consoles by Sony and Microsoft. And – as usual – the games to go with them. While Microsoft has made it clear that it will refrain from launching any exclusive titles until at least 2022, one of the most anticipated games of the year will come from them – around the same time.

The next chapter in the Halo saga will hit the shelves in the fourth quarter of this year – this spells “in time for the holiday season” if you ask me. The plot of the game has not yet been revealed, only that it will focus more on Master Chief than its predecessor, and it will be “much more human” as well – whatever this means.

The developers behind the game are 343 Industries, devoted to the series since 2011’s “Halo: Combat Evolved Anniversary”, and SkyBox Labs, who have worked on everything from the remastered “Age of Mythology: Extended Edition” to Minecraft’s major content updates.

Good news for the fans: Master Chief’s Mark VI armor will look and feel a lot like the design we’ve seen in Halo 2 and 3.

A high-fantasy third-person “looter-slasher” that will make use of the PlayStation 5’s capabilities? Yes, this is exactly what Counterplay Games promises to deliver this holiday season.

The game will take its players into a world split into four Realms – Earth, Water, Air, and Spirit – where they, wearing really cool – and most likely very capable – armors will have to… do battle with creatures in a similar outfit, armed to the teeth (if they even have them) and stop an apocalyptic event. It has been described as a “looter-slasher” – it will focus on melee attacks rather than ranged ones, and for the “looter” part, the players will come across upgrades (called Valorplates and Augments) to better prepare for the fights to come.

The game’s world is inspired by the fantasy series The Stormlight Archive and The First Law, as well as Isaac Asimov’s sci-fi classic “The Foundation”, while its weapons and combo variety, by the Monster Hunter series.

The London branch of the hacker group DedSec takes it on itself to combat the authoritarian regime that took hold of the United Kingdom. Their weapon of choice: hacking (like in the previous entries in the series).

Watch Dogs: Legion will be an open-world third-person action-adventure title taking place in the near future in a London enmeshed in a network of cameras, surveillance drones, running on ctOS, an advanced surveillance system used by the government to spy on the people.

Watch Dogs: Legion can be played in a single-player or cooperative mode with up to four players, sharing progress between the two game modes.

The release date of the game is yet unconfirmed – it will be launched sometime in the current fiscal year (this means, before March 31, 2021). 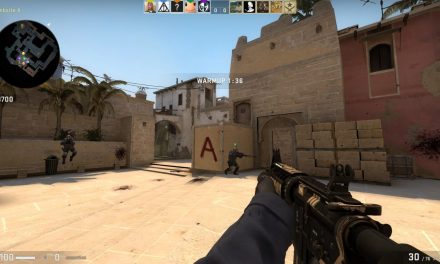 Hands on with FFXV Episode Duscae 2.0 The Good, The Bad and The Catoblepas