Can you smell what 2K is cooking?

Well if not, don’t panic, because 2K Games have kindly spelt it out for all WWE 2K fans in an open letter to them explaining the direction the franchise is to take going forward from now. We’ve read it so you don’t have to and have summed up the juiciest morsels of info to come out of it below for your reading pleasure.

Firstly, and perhaps most excitingly, is the announcement of a new game. Entitled WWE 2K Battlegrounds, this game is being developed by old-schooler Saber Interactive and will focus on arcade-style action paired with over-the-top wrestling Superstar designs, environments and moves. Leaning more toward social pick-up-and-play, WWE 2K Battlegrounds promises both fun and depth, and is scheduled to launch this coming fall. They even included a cheeky trailer to get you drooling!

Secondly, WWE 2K20. The latest in the series has been much maligned, and it’s perhaps best to let the letter speak for itself here with regards to the addressing of fans concerns, so read on for an extract.

“Next, we want to address WWE 2K20. We’ve heard and appreciate your feedback, and continue to listen to you closely. Since launch, we’ve released five title updates, addressing hundreds of reported concerns, and have released four WWE 2K20 Originals DLC expansions to build on and improve the experience. We’ve also heard your requests to keep the WWE 2K19 servers running; they will remain active for the time being.

All of that being said, we hear you and we know you want more from the franchise, so here’s what we’re going to do: we are applying what we’ve learned to the next WWE 2K simulation game with a renewed focus on quality and fun. As part of that commitment, we are extending the production timeline and will not be releasing a WWE 2K simulation game in 2020 (T2 fiscal year 2021). We want to ensure the development team at Visual Concepts can create a great game that will entertain grizzled WWE 2K veterans, as well as newcomers who want to climb through the ropes and step into the ring for the very first time.

We’ve recruited Patrick Gilmore to serve as our new Executive Producer and lead these efforts at Visual Concepts. Patrick has over 25 years of experience in video games, reaching all the way back to Disney’s Aladdin on Sega Genesis, and including franchises like Killer Instinct, Medal of Honor, and, most recently, Amazon’s New World. He will be overseeing WWE 2K development, and you’ll be hearing more from him and the team in the months to come”.

This all sounds pretty cool. It’s refreshing to see a company as big as 2K accept and respond to gamers’ concerns and complaints, putting plans into action to rectify what’s gone wrong, even if it does mean a push back on the release timeline. Let’s hope this leads to a better experience for all in the future. Speaking of timelines…

WWE SuperCard first exploded into gamers’ lives six seasons ago and has been going strong ever since, having now passed the 20 million installs mark. Thanks to its success, Cat Daddy, the studio behind it, will be releasing more card tiers, game modes, in-game events in the near future, as well as other exciting announcements yet to…er…be announced!

As gamers, it’s our hard-earned cash that fuels much of the studios that bring our favourite games to life, so it’s nice to be thanked and to feel appreciated every once in a while, which is why I’ll leave you with these nice sentiments from the whole WWE Games Team at 2K, Visual Concepts, Cat Daddy, and Saber Interactive:

“In closing, we want to thank you again, and hope you’ll join us in celebrating these announcements. 2K and WWE are reaffirming a long-term commitment to expand the WWE Games family in ways that directly benefit you, the fans. We are taking the time we need to deliver the quality you deserve, while at the same time offering new experiences and ways to have fun with the WWE Superstars you love… And that’s the bottom line, ‘cause 2K said so!” 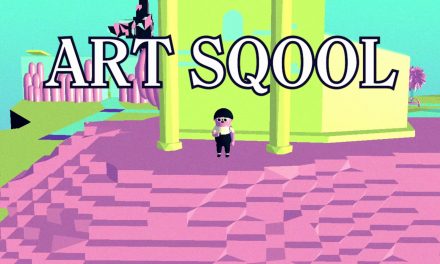 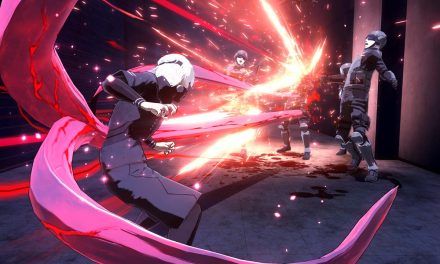 Tokyo Ghoul: re Call to Exist Will Get Western Release