Review: Those Who Remain 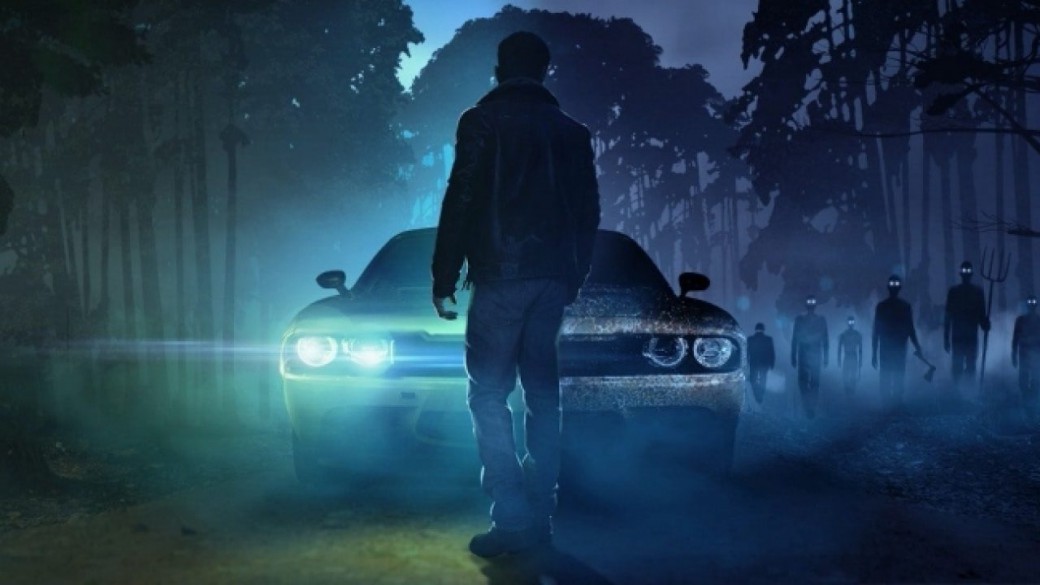 Iâ€™ve seen a lot of good horror films in my life but Iâ€™ve not played too many good horror games, especially not in the psychological horror vein. The Resident Evil 2 remake was good on scares, especially when I played it with the lights down low and the sound turned up high, but before that, Iâ€™d have to go back to my Dead Space days – or even as far back as my Silent Hill times – to remember the last time I was properly scared, psychologically or other.

Now, before I continue itâ€™s worth noting that Those Who Remain does not have the budgetary might of Sony or EA behind it: Camel 101 is an independent and self-funded studio. With this in mind, Iâ€™m only going to say one thing about the graphics: they’ve done a bloody good job – on the whole, they look lovely. Sure, at times when they’re close up they can look a little rough around the edges, but in a game like Those Who Remain this doesnâ€™t really matter. Psychological horror preys on the mind (yes, the clueâ€™s in the name), making you feel uneasy and anxious even when nothingâ€™s happening. Itâ€™s that feeling of being watched, that sense of vulnerability, that makes the hairs on the back of your neck stand to attention or that chill run down your spine. When done wrong the effect can be a boring, lifeless game. But when done right, you can have a game that gives you chills, scares and everything in between. Thankfully, Those Who Remain succeeds in the latter.

From the offset, I felt the fear setting in. The hotel scene. Off to meet your lover to tell her itâ€™s over, upon pulling into the car park of the little motel you realise somethingâ€™s not right. Itâ€™s a dark and stormy night and although thereâ€™s music coming from a small tin-radio in the office no oneâ€™s home. You try the bell, bang on the desk, try to find out what room your loverâ€™s in. Itâ€™s all very eerie. The developers have seemingly managed to put just the right amount of light into just the right amount of places, and those places that are dark often feature light switches that can be flicked on or off, bathing you in light and, for reasons you may not even be sure of yet, relieving the tension that comes with that building sense of fear. After discovering the room in which your loverâ€™s staying and finding a way in, youâ€™re put out by the fact that she doesnâ€™t seem to be here, despite the fact all her stuff is still in the room. Suddenly, the phone rings and a woman mumbles just 4 words: Stay in the light. Then she hangs up. Ok, this is definitely all getting a bit spooky now. Heading outside again and youâ€™re shocked to see your car quickly backing out then hurtling off into the darkness. And as if your day couldnâ€™t get any worse, you decide to follow it into the darkness on foot. I mean, the nearest townâ€™s only 12km awayâ€¦

And so begins your mental wrestling match with the dark. There are things in it, thatâ€™s for sure, and the first time I realised there was something hiding in it and it was watching me it really did give me a shock. In fact, it was lucky I was alone because Iâ€™m not ashamed to say that I let out a little cry of surprise when I noticed â€˜itâ€™. Actually â€˜themâ€™, given that there are often many of them standing around in a group in the shadows just…watching. And this, I think, is one of the creepiest things I found about the game: these â€˜thingsâ€™, whatever they are, just watch you from the darkness, their eyes a blazing blue and set in your direction. Thereâ€™s a supernatural feel to them but also a freakishly familiar one too, probably given that their silhouettes are that of a human being and so lend them a sense of realness rather than, say, a tentacle monster from Planet X. They can even appear when you think youâ€™re in a safe place, like a house of something, as I found out when I accidentally flipped the light off and was immediately confronted by 3 of these things staring me down. I immediately flicked that light back on!

As you progress things get even weirder and thereâ€™s a real sense that the developers behind this game really are horror fans themselves, not just devs whoâ€™ve been contracted to work on one. Without spoiling too much there are certainly moments that could have been poached directly from the first season of Stranger Things (because letâ€™s be honest, the other seasons arenâ€™t worth mentioning), as well as a creature that acts a lot like Resident Evil 3â€™s Nemesis, stalking you from the shadows and cropping up when you least expect it, leaving you with this feeling of being in a constant state of high alert – even when you think youâ€™re safe you quickly realise youâ€™re not. Other creatures join the ensemble as the game progresses, each with their own creepy creepiness (does that work?) and I felt very on edge for a lot of the encounters I had, even when the scene had clearly set me up for one.

The studioâ€™s done a great job of not oversaturating the soundtrack as well. They seem acutely aware of the old quote, â€˜Less is moreâ€™, and with that in mind have made allowances to just let the silence speak for itself. Obviously there are exceptions in terms of Sound Fx; the rustling of the wind through the trees, the stomping of footsteps, the rain on the tarmac, the jiggling of a lock…but there are no moments ruined by over the top dramatic music suddenly being blasted in at â€˜crucialâ€™ times. In fact, another one of the things that I loved about the game was to do with the inclusion of the main characters breathing, which you can hear throughout and which rises and falls in cadence depending on how scared he – and frequently you – might be during a particular scene. Itâ€™s a sound many developers leave out but itâ€™s integral to how we process and project fear, and I found its inclusion really ramped up the fear factor.

There are a couple of minor issues I had with the game, one being with regard to movement,  which at times can feel a little sluggish, though this can mostly be rectified by increasing the stick sensitivity from the options menu; the other is with regard to the clues/item hunting, which sometimes felt far too easy and a little repetitive, such as items being hidden under piles of boxes/objects or clues being a tad too specific. But overall, it wasnâ€™t enough to spoil my enjoyment of the game, nor to ruin the spooky atmosphere that it created – I was still jumping out of my skin at certain points throughout!

Itâ€™s nice to see a horror game – especially a psychological horror game – from a small studio succeed in what it set out to achieve. Far too often we write off smaller games on superficial reasons such as how they look which, obviously, you can fix the more money you put into the project, hence why many look to the big studios for their games. But the indie wave has been bringing us some fantastic stuff in recent years and hopefully it can only get better for the indie horror genre, with Those Who Remain leading the way. And just because I love the quote:

Those Who Remain is rated PEGI 16 and ESRB M for Mature. Contains psychological fear and threat. 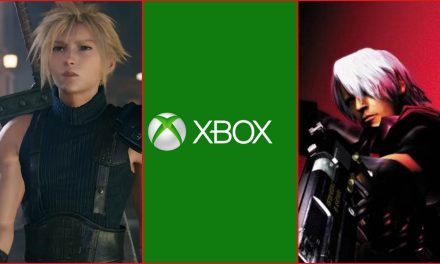 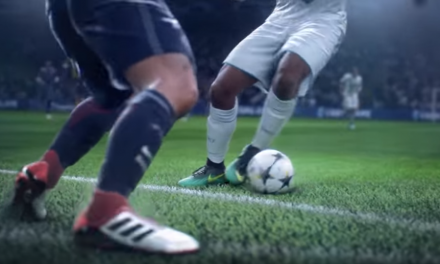 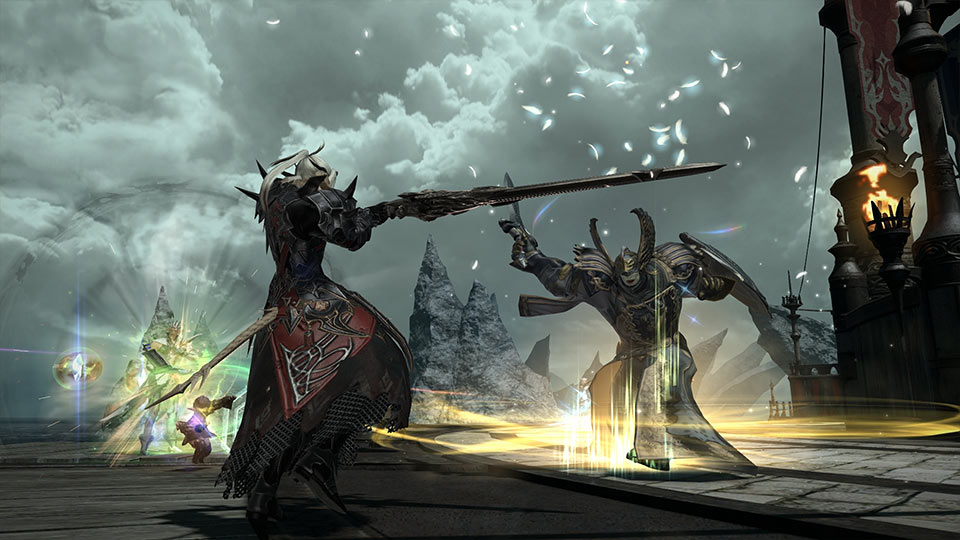 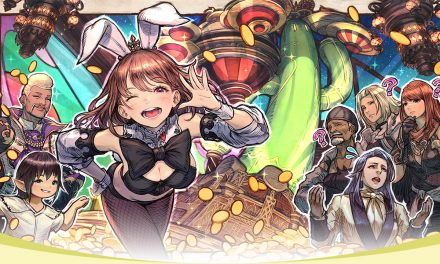 The Make It Rain Campaign Returns To The Gold Saucer Today in Final Fantasy 14!