Assetto Corsa Competizione is a sequel to Assetto Corsa which first saw release on PC in 2014 followed by a console release in 2016. The Asserto Corsa series, meaning Race Setup in Italian, is a racing simulator game series. The original Assetto game was moderately received with 69% average across all 3 platforms. Assetto Corsa Competizione was initially announced in February 2018 and released as an early access game on PC in September of the same year. Then earlier this year, in March, publishers 505 Games and Kunos Simulazioni announced a June 23rd release date for the console version. Let’s see how this game stacks up.

As mentioned, Assetto Corsa Competizione is a racing simulator that includes an officially licensed simulation of the 2018/2019 Blancpain GT Series season Sprint and Endurance Cups and the Total 24 Hours of Spa. Along with the various modes detailed below, players can also find special online events.

The game features a bevvy of game modes to tackle. While there are the standard Championship and Career mode, the Solo section of the game is where it really shines as it features a plethora of choices to help newcomers and returning players alike get a grasp of the game:

Obviously each of the aforementioned modes has their own options allowing players to customize the event to their liking and making it an enjoyable experience no matter the skill level. And yes, the various Endurance mode will let you race for a crazy long amount of time. Personally, I wouldn’t see myself doing a 1-hour race, but die-hard fans will eat it up. As with most racing games, players can follow coloured markers on the track allowing them to adjust speed accordingly. Green means hit the gas, while yellow means slow down and red slow down to turn. The markers’ colour will adjust according to your current speed. However, you have to look as far ahead as possible, as trying to slow down by hitting the brakes when the marker becomes yellow still doesnâ€™t guarantee that youâ€™ll â€œsurviveâ€ the turn. You have to plan/think/look ahead. And because of this, you can’t really go pedal to the metal as you won’t slow down or brake in time to remain on track.

Fans of the genre will be glad to know that the game is faithful to the real sport. During races, especially longer events, players will need to keep an eye on their tire conditions, gas consumption, and overall condition of the vehicle. If your car takes too much damage, you won’t stand a chance in winning the race – as a damaged vehicle will be a bit more difficult to steer. The same goes if you run out of gas. Assetto Corsa Competizione features a decent amount of car brands to choose from and racing fans will be pleased to know that each vehicle has its own distinct feel. Some will be more grounded and hold the track properly while others, mostly smaller cars, will be prone to skid off the roads if nudged or when losing control after a turn.

The main problem I have here is a lack of guidance and/or tutorial. While returning players can jump in and feel right at home, the racing sim genre is not for everyone and can be daunting for newcomers. While the overall approach of the game is pretty self-explanatory, an optional lap around a track explaining the ins and outs for newcomers would’ve been a welcomed addition. During a race, my ride was banged up so I was asked to stop at a pit stop in order to fix it, but the problem is as I was trying to reach my marker in the pit stop, despite slowing down, I had too much momentum and missed it… and couldn’t go in reverse. Most racers will allow players to go in reverse but here you need to switch gears to R (reverse); important detail that could’ve been shared in a tutorial. So seeing all the other drivers taking my spot, I tried finishing the race with a smashed car which ended up being a failure.

Another little nuisance is the HUD when using a third “vehicle” perspective view. I honestly do not recall a hud so cluttered. While there’s some vital information displayed such as tire condition and your current position, useless information such as in-race challenges (a.k.a. Track Medals) are displayed in the top right corner. And if you’re on the way to completing an objective, a small green icon will appear, which also vanishes if you fail one. This should’ve been information available either prior to the race or starting via the pause menu. The over-cluttered HUD can also cause momentary distractions that can prove costly. When using one of the few first-person perspectives, it feels slightly better, but still a bit of a nuisance.

Assetto Corsa Competizione looks great. The vehicles are beautifully designed and look authentic. The environments look fine and the weather does impact your driving; considering this is a racing game, you can’t really expect the surroundings to look and feel alive as you’re focused on not crashing. Sound-wise, the game is faithful to true to life races and racing sim aficionados will revel in the game’s sounds. However, newcomers to the genre such as myself may find the motor sounds and any other race generated noises a bit ear-grating and annoying; braking even sounds like someone hitting a drum. You also have a racing coach giving you more or less vital information about the race such as “You have someone on your right”. I mean I can see the car trying to pass me, no need for the narration. It could’ve been adjusted to that he would give you vital information about tire condition or overall car condition. Thankfully you can turn down vehicle noises so you enjoy the race without much audio distraction. Overall Assetto Corsa Competizione is a great racing sim filled with content that will keep players busy for the foreseeable future. Racing sim fans will revel in the details this sequel offers, while newcomers will feel welcome, albeit a bit abruptly in the genre. It also requires a bit of dedication in order to feel like your progressing. One thing’s for sure, there’s no other better feeling than overtaking over racers. There’s a lot of bang for your buck in this package.

Assetto Corsa Competizione is rated E for Everyone and PEGI3. 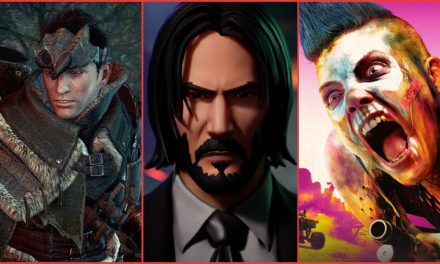 The Weekly News Roundup: new expansion for Monster Hunter World, a roadmap for Rage 2, and John Wick in Fortnite 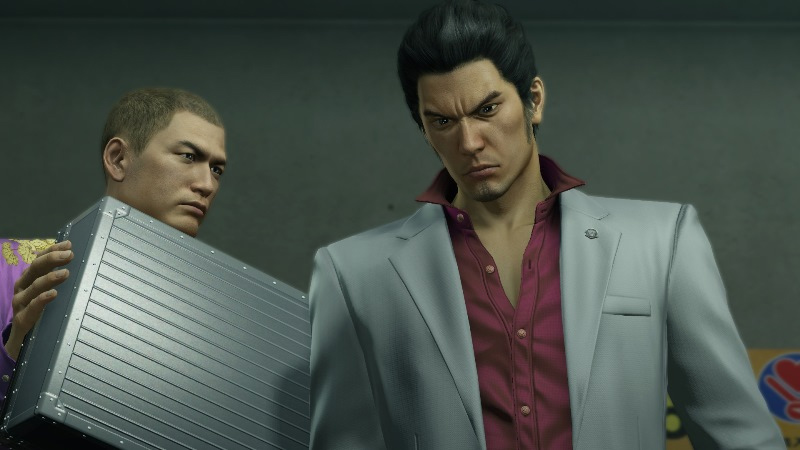 Digitally pre-order Yakuza Kiwami now and get a brotastic theme for free!