This Fall, the Stand Up To Cancerâ€™s Game On campaign teams up with Xbox in order to ask the gaming community nationwide to help raise money for life-saving cancer research.

Players will be able to take part in various challenges such as The Reverso Challenge in Forza Horizon 4 or Projectiles Only Challenge while playing Ori and the Will of the Wisps, Halo’s Master Chief encourages players to take on a challenge to approach their favorite game in a whole new way.

From September 1st to the 4th, the gaming community will see the UKâ€™s top gamers take on the various challenges as Stand Up To Cancer takes over Xbox Onâ€™s Twitch streaming platform for the week.

Steve Downes, the voice of the Master Chief, said:

â€œIt is both an honor and privilege to participate in Stand Up To Cancerâ€™s Game On campaign this year. Like so many others, I have personally witnessed cancer’s devastating effectsâ€”my own father passed away from cancer some 25 years ago. I’ve also witnessed the great progress that continues to be made. A dear friend is surviving lung and brain cancer, a reality that might’ve been unheard of just a decade ago. That is why this campaign is so important.â€

â€œBeing the voice of the Master Chief for 20 years has been an epic journey, and I’ve seen the positive impact this heroic character has had on so many people all over the world. But his battles could not be won without the help of others. The Chief is calling on you to take down an enemy even stronger than the Flood or the Covenant. It is a battle that can be won. I have seen it with my own eyes. It is time to Stand Up To Cancer!â€

Stand Up To Cancer is a bold, ambitious fundraising campaign from Cancer Research UK and Channel 4 that brings the UK together to speed up progress in life-saving cancer research. 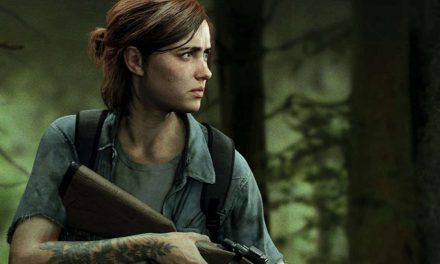 Happy Outbreak Day! Have Some of The Last of Us 2 Gameplay